A respected icon in Australian fashion, Dion Lee is regarded by many as one of the most innovative talents in the fashion world, ‘I feel so honoured and am so thankful to the Australian Fashion Industry for all of their support. After a particularly big year for the brand it’s very rewarding and humbling to receive such a prestigious award.’

The gala evening brought together a number of notables within the fashion industry, including model Gemma Ward, previous Laureate winners including Collette Dinnigan, Jenny Kee, Carla Zampatti, Akira Isogawa  designers Camilla Freeman Topper and Marc Freeman and models Samantha Harris, Louise Van de Vorst, Jordan and Zac Stenmark. The evening was opened with the  premiere of Margaret Zhang’s “There’s No Space Left In C# Minor,” a three-part short film she debuted via a sensory exposition of her musical process, through an immersive installation designed as a multimedia extension of the film.

Etihad Airways General Manager Australia and New Zealand, Sarah Built, said: “We’re committed to supporting emerging talent like P.E Nation. Tonight’s award, plus the additional support we’re able to provide, will ensure they have the tools they need to reach their full potential and enable them to engage in international opportunities that will have a much wider positive benefit for the Australian fashion industry. This is a great example of our commitment to strategic collaborative growth, forging strong and lasting partnerships on every level.

The Australian Fashion Laureate celebrates professionals whose careers have promoted and advanced the Australian fashion industry internationally, and is truly a distinct honour as they are voted for by a panel of industry peers. Dion Lee joins the likes of previous Laureate winners including Toni Maticevski, Nancy Pilcher, Nicky and Simone Zimmermann of Zimmermann, Jenny Kee, Collette Dinnigan, Pamela Easton and Lydia Pearson of Easton Pearson, Carla Zampatti, Simon Lock and Akira Isogawa.

The winners for the 10th Australian Fashion Laureate Awards are:

IMG is a global leader in sports, events, media and fashion, operating in more than 30 countries. The company represents and manages some of the world’s greatest sports figures and fashion icons; stages hundreds of live events and branded entertainment experiences annually; and is one of the largest independent producers and distributors of sports media. IMG also specializes in sports training; league development; and marketing, media and licensing for brands, sports organizations and collegiate institutions. In 2014, IMG was acquired by WME, a leading global entertainment agency.

From its Abu Dhabi base, Etihad Airways flies to, or has announced plans to serve, more than 110 passenger and cargo destinations in the Middle East, Africa, Europe, Asia, Australia and the Americas. The airline has a fleet of over 120 Airbus and Boeing aircraft. 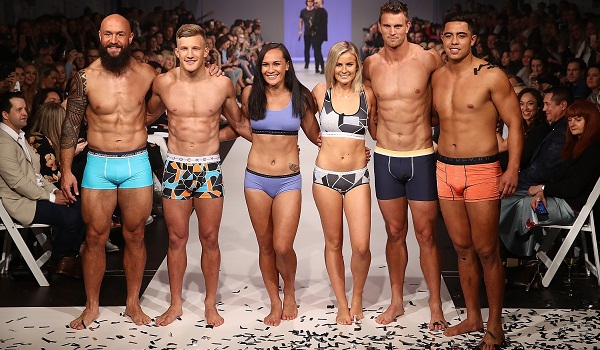