WHITE Milano, Italian fashion tradeshow that is rapidly expanding internationally, is ready for an important debut on the Chinese market thanks to a strategy involving, among other things, a local presence with the possibility to reach agreements with the professionals of the sector, thus maximizing the pace of development and knowledge of the Chinese network. This project of expansion on the Far East markets has resulted in the birth of the brand WHITEAST, which is articulated in a first chapter called WHITEAST INTRODUCING CHINA: the initiative is starting in Milan to land in Shanghai with a focus on Chinese and Italian contemporary fashion during Shanghai Fashion Week. From September 24th to 26h WHITE Milano presented WHITEAST INTRODUCING CHINA – an area fully dedicated to the Chinese designers, selected by WHITE  and curated by Sonja Xiao Long, who are offered the chance to get in touch with the western press and buyers. The second part of the project will involve the production of a WHITE event in Shanghai on 15th October 2016, during the fashion week, where some Made in Italy designers and brands will be presented. The brands, belonging to the WHITE “stable”, represent a practical example of the Italian Contemporary, which is much sought-after among Chinese consumers, although not yet locally available. From 24th to 26th September at WHITE Milano 15 among the edgiest Chinese designersin the contemporary panorama will be on show, with the brand JINNNN being the show’s special guest. LUISAVIAROMA, Partner of WHITEAST INTRODUCING CHINA, will promote the Chinese designers through a dedicated editorial focus and a live shooting visible on the social networks of the online stores, as well as on the WHITE channels.

“The web should interact more and more with trade-shows. Internet is crucial in the communication and commercialization of fashion, above all for emerging designers. That’s why LVR, that has always operated in the search for new talents and on the web, is a natural partner for WHITE”, so Andrea Panconesi, Founder & CEO of LUISA VIAROMA.

The Chinese consumers’ fashion purchases represent 50% of the worldwide yields. China is a rapidly growing market, whose consumers are increasingly attracted by European contemporary products, owing to their fashion appeal and competitive price/quality ratio. Besides the demand for new European contemporary brands, the remarkable development of the Chinese designers’ creativity is undeniable. They often study fashion in Europe and can count on a Chinese supply chain that, growing also in terms of quality, has started to make use of Italian fabrics and materials. Keeping this in mind, and in view of the opening in the next few years of several multi-brand stores in the Chinese Shopping Malls, WHITE has implemented a marketing plan to penetrate the Chinese market with an investment that will continue in the first half of 2017 in view of a future landing in China. 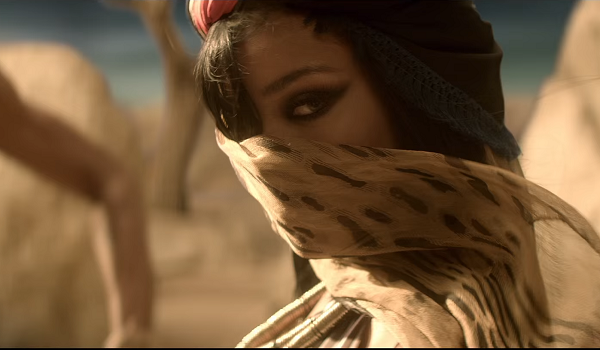 RIHANNA – Where Have You Been