Decadence is right at home in South Beach. But in these predominantly Spanish inflected environs, nothing sparkles with such vivid French Mediterranean flavor than Villa Azur (309 23rd Avenue). Since its doors opened five years ago, this restaurant and lounge has become the dining destination for delivering decadence with inimitable Côte d’Azur glamour. Designed by François Frossard, the sleek lines and a warm color palette of its interiors exude a welcoming, modern ambience while the use of elegant chairs and couches with elaborate chandeliers give it an element of Old World grandeur. But without a doubt, the verdant courtyard is the most popular setting for sampling of executive chef Erwin Mallet’s delectable dishes.

Mallet’s culinary expertise reaches back to growing up in Limoges with its traditional reliance on the freshest of ingredients. His natural facility for food was further honed when he trained with Michelin star-rated chef Michel Portos and Jean Marc Dumelet (who ingrained in him the tenet of cooking with passion), and working in the kitchens of revered restaurants including Pastis, Tantra, and Guerite. At Villa Azur he provides tempting menu highlights such as the Russian Ossetra caviar; the Le Tremendous mixed platter of oysters, clams, tiger prawns, jumbo shrimps, Maine lobsters and shots of beluga vodka; or the sumptuous Chateaubriand. Each bite made even more enjoyable with the Chateau Petrus Pomerol  or the Chateau Margaux Premier Grand Classé from the in-house cellar called La Cave d’Azur with its curated selection of French, Italian, Spanish and select prestigious North American wines. Or if it’s a celebration, one can never go wrong with Cristal.

For dessert, executive pastry chef Sébastien Feneyrol offers sweet indulgence. A genius chocolatier, confectioner, glacier, pastry cook, M. Feneryrol acquired his passion from his grandfather who was a baker in Valence, France. His bona fides include stints at Chantefable and Pâtisserie Ladurée and working under masters Anne-Sophie Pic and Stéphane Mazières. Each of the principals of Villa Azur – Michael Martin, Jean Philippe Bernard, and Bhanu Choudhrie – brought their particular expertise to the table. M. Martin relocated here from France in the 1990s when South Beach was in ascendance as the new jet set capital, quickly establishing himself among Miami’s prominent hosts for his legendary nightlife parties. M. Bernard, a Marseille native, has impressive experience in customer service, managing various major projects in St Tropez, St Barthélémy, Cannes, and Venice. Mr. Choudhrie, on the other hand, lends his entrepreneurial skills in building the brand’s business strategies. Villa Azur is open for dinner 7 days a week from 6.30pm until late.

What is a Face Primer and Why do I need it?

The 63RD Annual Grammy Awards Delayed due to Covid-19 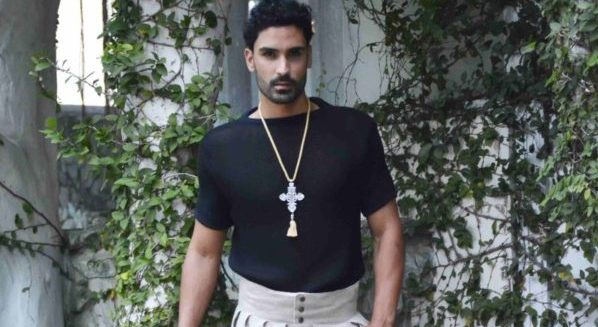