TO PERFORM WITH EN VOGUE

The “2018 Billboard Music Awards” Will Broadcast Live From

SANTA MONICA, CA (May 10, 2018) – dick clark productions and NBC announced today that the legendary female rap trio Salt-N-Pepa will shoop onto the stage to perform several of their monster hits at the “2018 Billboard Music Awards!” Joining them for this one-of-a-kind special performance will be the highly celebrated female vocal group En Vogue. Salt-N-Pepa’s “2018 Billboard Music Awards” performance marks the 30th anniversary of them becoming the first female rappers to crack the Top 20 on Billboard Hot 100. The renowned group burst onto the hip-hop scene in 1987 with their debut Billboard chart hit “My Mike Sounds Nice,” and then notched their first crossover pop smash with “Push It” the following year.

“Thirty years later, we’re still Pushing It all over the world and we’re still loved and celebrated by fans we grew up with as well as new fans,” said Salt-N-Pepa. “Looking back at all the barriers we’ve broken as women in this very male dominated genre of music, being the first two female rappers to break the Top 20 on the Billboard Hot 100 is right up there as one of the best moments of our amazing career. We are blessed.”

Hosted by “The Voice” coach Kelly Clarkson, the “2018 Billboard Music Awards” will broadcast live from MGM Grand Garden Arena in Las Vegas on Sunday, May 20 at 8 p.m. ET / 5 p.m. PT on NBC. The three-hour telecast will feature performances from this year’s hottest musical acts, unexpected collaborations and buzzworthy moments that celebrate 60 years of the Billboard Hot 100.

With truck gold ropes around their necks and a fire in their hearts to entertain, inspire, and slay the competition— three feminine figures emerged from the shadows and kicked in the door of the male dominated Hip-Hop industry. The legend of Salt-N-Pepa was born. Long before the days of high profile social media platforms, Salt-N-Pepa commanded the attention of millions of followers with their airtight rhyme flow, mass pop appeal, fashion, fun, and unapologetic femininity. They are the first female rap group to attain platinum status. They have sold more than 12 million albums. Their brand of girl power and strong feminine artistry changed the Hip-Hop landscape and blazed a trail for numerous female artists and groups in pop, R&B, and Hip-Hop genres. Included in their catalog of hits from five studio albums are such classics as Push It, Shoop, Whatta Man, Let’s Talk About Sex, Expression, Independent, and the Grammy Award winning hit None of Your Business.

In recent years Salt-N-Pepa has reunited for several successful tours in the United States and abroad. In 2018, in the aftermath of a successful 30th Anniversary of the influential group, the ladies are still headlining the “I Love the 90’s Tour” and prepping for their Las Vegas residency. Salt-N-Pepa’s residency is not only a first for them it is also the first Hip-Hop residency in Las Vegas. With the success of N.W.A biopic, Straight Outta Compton, interest has resurfaced from Hollywood executives in telling the epic story of Salt-N-Pepa. There will be a Salt-N-Pepa movie, and a documentary with both deals in development.  And what is sure to be sweet music to the ears of old and new fans alike, they are finally back in the studio working on new music.

Also, in 2018, C.E.O James” Jimmy” Maynes and Chief Operations officer, Tommaso Giuseppe have partnered with the legendary ladies of hip hop, Salt-N-Pepa on Eastwind Media Group (EMG!). Jimmy Maynes is a Grammy award winning music producer with a 30+ year history as an A/R executive hailing from the iconic record companies, Uptown Records, Def Jam, Jive Records and others. Tommaso Giuseppe is a former NY Nightlife promoter turned right hand to Jimmy Maynes. Powered by Salt-N-Pepa, EMG! not only manages the careers and brands of iconic pop/ hip hop & R&B artists such as Naughty By Nature, Kid N Play, ALL4ONE, Blackstreet & Case; EMG! also co-produces the hugely successful worldwide “I Love The 90s Tour” that is currently in its third year with no signs of slowing down.

Salt-N-Pepa and En Vogue’s BBMA Giphy stickers are now available! These stickers can be found within Instagram Stories by clicking the GIF button and searching for “BBMAs.”

Nominations for the “2018 Billboard Music Awards” were announced last month on NBC’s “Today” and on a livestream from Billboard’s New York office. Kendrick Lamar, Bruno Mars and Ed Sheeran tie for the most nominations this year with 15 each.

Voting for the two fan voted categories – Billboard Chart Achievement Award and Top Social Artist – will open on Monday, May 14 and additional details will be available soon.

“Billboard Music Awards” nominees and winners are based on key fan interactions with music, including album and digital song sales, streaming, radio airplay, touring and social engagement, tracked by Billboard and its data partners, including Nielsen Music and Next Big Sound. The awards are based on the chart period of April 8, 2017 through March 31, 2018. Since 1940, the Billboard charts have been the go-to guide for ranking the popularity of artists, songs and albums, and are the ultimate measure of success in music.

Tickets for the “2018 Billboard Music Awards” are on-sale now. To purchase tickets online, fans should go to www.axs.com.

Next Macklemore and Kesha Performance Announced Presented by T-Mobile at the "2018 Billboard Music Awards"!

BEAUTY RESTARTS FROM ONBEAUTY BY COSMOPROF 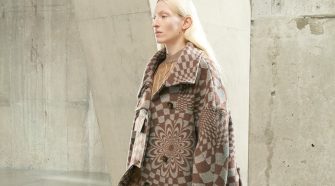