NICK GRAHAM AND MARVEL TEAM UP

Nick Graham and Marvel announced the Nick Graham/Marvel collaboration in Menswear. The deal unites the well-known Menswear designer with one of the largest entertainment franchises in the world. The collection will be available this spring for shipping to better department and specialty stores, to coincide with the nationwide release of Marvel’s Captain America: Civil War on May 6th.

“Teaming up with Marvel is so cool,” Graham said. “It is such a dynamic brand that has unparalleled reach around the world. We’re taking a fresh approach in Menswear to the Marvel brand, and extending it in ways that haven’t been done before.”

Beginning with Iron Man and Captain America, with other characters to follow this fall, the collection includes dress shirts, neckwear and sport shirts—all featuring Graham’s signature style with a heroic twist. The designer’s approach incorporates the characters and logos discreetly into patterns that from a distance look like classic fabric designs, but on closer inspection reveal Marvel’s well-known Super Heroes and iconography. Shirts include ginghams and Hawaiian patterns with Iron Man and the Captain America shield embedded in the designs. Neckwear is classically designed on the front of the tie, but the tie tipping surprises fans, revealing Marvel Super Heroes. Graham describes his approach as “Mullet designing: Business in the front and party in the back.”

The collection can be worn both at the beach and at the office, with the aim to be worn everyday. Graham said the collection is geared to “perennial millennials,” and people of all ages who love the Marvel brand.

Paul Gitter, senior vice president, licensing, Marvel at Disney Consumer Products, “Marvel is always looking for ways to connect with fans through their sense of individuality and style. We knew Nick Graham’s unique voice in the menswear world would resonate and that his style was the right approach to offer fans a fashion-forward way to express their love for the Marvel brand.” About Nick Graham
As founder of the ubiquitous JOE BOXER brand, Nick Graham changed the face of fashion when he turned his underwear company into one of America’s most iconic, global lifestyle brands. Graham is a longtime member of the Council of Fashion Designers of America and has won numerous awards for his design and marketing talents. He started his eponymous brand in 2013.

About Marvel Entertainment
Marvel Entertainment, LLC, a wholly-owned subsidiary of The Walt Disney Company, is one of the world’s most prominent character-based entertainment companies, built on a proven library of more than 8,000 characters featured in a variety of media over 75 years. Marvel utilizes its character franchises in entertainment, licensing and publishing. For more information visit marvel.com. © 2016 MARVEL

A Clothing Haven: How to Easily Organize Your Closet

DAVID HART AT THE CROSS SECTION OF THEN AND NOW

What is New York Style? 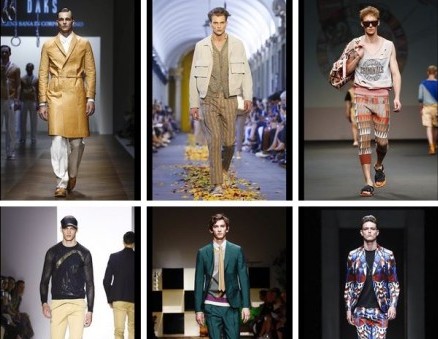