FIVE-TIME GRAMMY® WINNER CONTINUES HIS LONG-STANDING SUPPORT OF NEXT GENERATION OF MUSIC MAKERS WITH FUND TO PROVIDE FINANCIAL ASSISTANCE FOR QUALIFIED NEEDS-BASED APPLICANTS THROUGHOUT THE UNITED STATES—DEADLINE TO APPLY IS MARCH 31, 2018

SANTA MONICA, CALIF.  (SEPT. 27, 2017) — The GRAMMY Museum (www.grammymuseum.org) announced today that five additional students will receive financial assistance for GRAMMY Camp® through the generous support of five-time GRAMMY® winner and 21-time GRAMMY nominee Bruno Mars. The scholarship will cover the tuition, housing, and transportation of one qualified high school student each year for the next five years. GRAMMY Camp, now celebrating its 14th year, is the GRAMMY Museum’s signature music industry camp for U.S. high school students. This scholarship was first established in 2014 through a grant from Mars to the Hawaii Community Foundation in honor of his late mother for students from the Hawaii area to attend GRAMMY Camp. It has now expanded to include applicants from across the country.

To be eligible, U.S. high school applicants must complete an online application, video audition, and a financial assistance form at www.grammyintheschools.com. The deadline to apply is March 31, 2018. The scholarship recipient will be notified in May 2018. Through the support of several corporate and individual donors, approximately 75 percent of GRAMMY Camp participants who applied for financial aid have received assistance from the GRAMMY Museum.

“GRAMMY Camp is one of the surest paths for high school students to acquire knowledge and gain experience about the range of careers available in the music industry,” said Neil Portnow, President/CEO of the Recording AcademyTM and Board Chair of the GRAMMY Museum. “For the participants, the program offers access to artists and industry professionals who provide mentoring, critical insights, and advice. Bruno truly understands the importance of these interactions for young people who are interested in a life in music, and his generosity and longtime support are heartfelt and genuinely appreciated by the Recording Academy and the GRAMMY Museum.”

“It’s a privilege for me to be able to help students reach their musical dreams. I’m grateful to GRAMMY Camp for making this possible,” said Bruno Mars regarding his scholarship.

ABOUT BRUNO MARS
Five-time GRAMMY Award winner and 21-time GRAMMY Award nominee Mars is a celebrated singer, songwriter, producer, and musician who has sold more than 180 million singles worldwide, making him one of the best-selling artists of all time. Recently, his critically acclaimed and RIAA certified double-platinum album 24K Magicmarked his highest first week sales debut, remaining in the Top 10 on the Billboard 200 for an impressive 33 consecutive weeks. The lead hit single “24K Magic” is certified four times Platinum by the RIAA. Mars’ five-time platinum certified single “That’s What I Like” recently climbed to No. 1 on the Billboard Hot 100, marking his seventh Hot 100 chart-topper and his first No. 1 on the Hot R&B Songs chart, where it remained at the top-spot for 19 consecutive weeks.

Mars is the first artist to have two songs spend 24 or more weeks in the Hot 100’s Top 5 (“That’s What I Like” and “Uptown Funk”). He is the only artist in the past year to have both a four-time and five-time platinum single from the same album. Also, Mars is one of the few artists to have written and produced all of his No. 1 hits and has had a No. 1 song on the Hot 100 from each of his first three studio albums.

With seven Hot 100 No. 1’s, Mars is ranked No. 1 among male artists with the most Hot 100 No. 1s for this decade, extending his lead over Justin Bieber, Drake, Eminem, and The Weeknd. Mars has been traveling the globe on his massive 24K Magic World Tour, which sold more than 1 million tickets in a single day. In 2015, Bruno dominated music charts with the hit single “Uptown Funk,” which took home three GRAMMY Awards, including Record of the Year.

ABOUT THE GRAMMY M– USEUM
Established in 2008 as a partnership between the Recording Academy and AEG, the GRAMMY Museum is a nonprofit organization dedicated to cultivating a greater understanding of the history and significance of music. Paying tribute to our collective musical heritage, the Museum explores and celebrates all aspects of the art form—from the technology of the recording process to the legends who’ve made lasting marks on our cultural identity. In 2017, the Museum integrated with its sister organization, the GRAMMY Foundation®, to broaden the reach of its music education and preservation initiatives. As a unified organization, today, the GRAMMY Museum fulfills its mission of making music a valued and indelible part of our society through exhibits, education, grants, and public programming.

Next FlyNYON TAKES OFF FOR THE JOURNEY SHOW

10 of the Most Romantic Christmas Vacation Spots 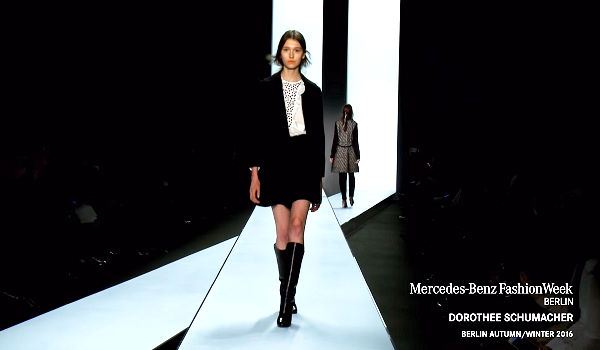