Bonaldi record second win of the year in Nürburgring Race 1

Sant’Agata Bolognese/Nürburg, 5 September 2020 – Bonaldi Motorsport’s Dean Stoneman and Kikko Galbiati claimed victory in the first Lamborghini Super Trofeo Europe race of the weekend at the Nürburgring, beating Target Competition’s Miloš Pavlović and Raul Guzman by just over four seconds. It was Stoneman’s second win in succession this year after his Race 2 victory in the opening round at Misano, while Galbiati secured yet another triumph at the German circuit following his double victory for Imperiale Racing in 2019.

Dean Stoneman (Bonaldi Motosport): “The team did an amazing job today, in the pit-stop and out on the track. I made very slight contact [with Basz] at the start but I gave the position back quickly before I passed him again. After that, we were just cruising a bit in the first stint, we still had a bit [of speed] left in the tank so we are very happy with how the race went. Kikko did a great job in the second half of the race, even though the safety car probably came at the wrong time for us. Unfortunately, we had some issues in qualifying for Race 2 so we will start from the back of the grid, but that just makes it all the more fun. We’ll try to make some progress later on today.”

Continuing his fantastic form from Misano, the Pro-Am entry of Karol Basz (VS Racing) took pole position for the first 50-minute encounter and led off the line, but Stoneman quickly found a way past into the lead at Turn 1. Basz then reclaimed the lead at the end of the lap with a late-braking manoeuvre at the chicane, before Stoneman wrestled the advantage back on the run into the first turn on the second lap.

From then on, Stoneman held a slender margin over Basz ahead of the mandatory pit-stops which coincided with a safety car intervention after the Micanek Motorsport ACCR car of Libor Dvoracek stopped on track. The GSM Racing entry of Jonathan Cecotto and Patrick Liddy had been running strongly in third before the pit window opened but suffered a slower pit-stop and dropped two positions to fifth.

The safety car came in with 13 minutes remaining, with Galbiati immediately opening up a gap over Lewandowski. The Pole came under increasing pressure from Pavlović and the Serbian veteran did not need a second invitation when the chance to take second place came at Turn 3.

Behind, it was all action as Target Racing’s Alberto di Folco – having taken over from Danish team-mate Kevin Rossel – executed a superb overtake on an unsuspecting Liddy at Turn 1 for fifth place, with Oregon Team’s Dorian Boccolacci also making it past the American at Turn 6. Liddy and Boccolacci then engaged in a frenetic battle for sixth, with Liddy getting back ahead of the former single seater racer at Turn 9. Boccolacci then used his open wheel racing experience to perfect a well-executed manoeuvre around the outside of Turn 1 after selling Liddy a sumptuous dummy down the main straight.

Unbeknown to the pair, Loris Spinelli (Van der Horst Motorsport) was driving a sensational race from 16th on the grid. The Italian, who took over from Gerard van der Horst at the pit-stops overtook Liddy and Boccolacci in quick succession before also grabbing fourth place – and the Pro-Am class lead – from Lewandowski with moves at the chicane.

Spinelli then got past Di Folco for third place around the outside of Turn 1, briefly going off track and making contact with the front-left corner of Di Folco’s car. The move was deemed too forceful for the stewards and Spinelli was handed a five-second post-race penalty, dropping him to fifth and elevating Basz/Lewandowski to fourth and the Pro-Am win.

In the Am class, Massimo Mantovani proved again to be the driver to beat as he claimed his second victory of the season for Target Racing. Having trailed Giuseppe Fascicolo (Boutsen Ginion Racing), Mantovani got back ahead after the pit-stops and beat Oliver Freymuth (AKF Motorsport) to the flag.

Hans Fabri took the LB Cup honours from Martin Lechman (Konrad Motorsport), with the only other entry in the class, Kurt Wagner and Dvoracek retiring.

Race 2 at the Nürburgring is scheduled to start at 18:05 CEST this evening.

SHOPPING HOME STYLES FROM THE CONNOISSEURS 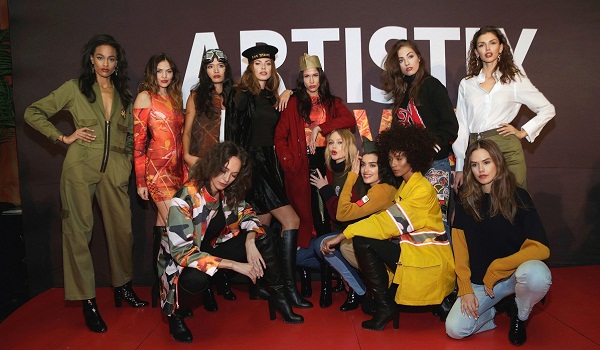