Salon Privé is renowned for attracting the greatest cars from throughout automotive history, but this year’s event will also throw a spotlight on the future of performance motoring via a spectacular line-up of next-generation electric and hybrid vehicles. Household names such as Ferrari and Lotus will be joined by exciting new brands from around the world, and many of the cars will be shown in public for the very first time.

Lotus will be presenting the new Evija – a model that marks the beginning of an exciting new chapter in the marque’s long history. It’s the first all-electric British hypercar and the first Lotus to use an electric powertrain – a step forward of which the company’s innovative founder, Colin Chapman, would surely have approved. The Evija has a carbon fibre chassis and a target power output of 2000PS, while the mid-mounted position of the battery pack – developed with the Williams Formula One team – echoes the layout of celebrated Lotus models such as the Esprit and the Elise.

Ferrari’s first plug-in hybrid – the hyper-advanced SF90 – has received rave reviews since its launch and is set to be another star at Salon Privé. With its V8 internal-combustion engine working in tandem with three electric motors, it puts out 986bhp and – when fitted with the weight-saving Assetto Fiorano package – can lap the legendary Fiorano test track one second faster than the limited-edition LaFerrari. The fact that it can also be driven using only electric power is proof of its status as a revolutionary new flagship model from the famous Italian brand.

As with Ferrari, performance has been at the heart of everything that Koenigsegg has ever done – and it will be represented at Blenheim Palace with a milestone vehicle of its own. Its new Gemera is being hailed as the world’s first ‘mega GT’ and is engineered to provide immense performance but with a spacious interior and next-generation environmental technology.

The Gemera’s two-litre, three-cylinder engine – named the ‘Tiny Friendly Giant’, or TFG for short – is able to run on conventional petrol as well as the latest CO2-neutral renewable fuels, and designed to be super-efficient, give exceptionally low emissions and able to be packaged in super-small spaces. Koenigsegg’s first four-seater is capable of powering four people and their luggage from 0-60mph in two seconds, and will be making its UK debut at Salon Privé.

Two other sensational newcomers will be receiving their European debuts at Salon Privé. The Aspark Owl is the first Japanese fully electric hypercar with an impressive acceleration of 0-60mph in 1.62 seconds. Production of the lowline Owl will be limited to only 50 cars, with each one being fully customisable and built in Turin in collaboration with Manifattura Automobili Torino – which will also be at Blenheim Palace with its New Stratos.

The second model to be receiving its European debut is the Tushek TS-900. The Slovenian manufacturer has used a combination of steel spaceframe and carbon fibre tub to make the hybrid TS-900 as light as possible. It features a hybrid powertrain comprising a rear-mounted 4.2-litre V8 and a pair of electric motors that drive the front wheels. The technology used in the 236mph TS-900 will inform development of a future all-electric model.

A hybrid powertrain is also at the heart of the Polestar 1 that will be on display. It uses a combination of electric motors at the rear and a petrol engine at the front that is both supercharged and turbocharged to produce a total of 609bhp. With extensive use of carbon fibre reinforced polymer, a 2+2 seating layout and handcrafted leather upholstery, the Polestar 1 has been engineered to blend performance with luxury, and will be joined on the show lawns by the five-door, all-electric Polestar 2.

Salon Privé Director David Bagley said: “The technology that’s packed into the next generation of performance cars is truly mind-blowing, and we’re incredibly proud that so many manufacturers have chosen to unveil their latest models with us. Hybrid and electric powertrains are the future, and the fact that we can welcome Ferrari, Lotus and Koenigsegg to Blenheim Palace – as well as a host of new manufacturers – proves that there are exciting times ahead in the world of performance motoring. I don’t think you’ll be able to see such a broad spectrum of automotive history and technology anywhere else.”

IMPORTANT UPDATE
Salon Privé 2020 Refund Policy. This year, you can book your tickets with total confidence with the guarantee of a full refund should the event be cancelled.* On the other hand, should the Government impose maximum event guest numbers which sit above our bookings, we reserve the right to return monies on a last-in, first-out basis.

(*full refunds given in the event of cancellation, excludes private dining bookings)

COVID-19 SECURE
Above all else, the safety and wellbeing of all who attend Salon Privé this year will be our utmost priority. As such we will have extensive measures in place to encourage hygiene and social distancing, ensuring we meet the Government’s COVID-19 Secure guidelines. Some measures are…

EDITORS’ NOTES
Now in its 15th year, ‘Salon Privé Week’ is a must-attend series of events for any car enthusiast or aficionado. A Partner Concours to the Peninsula Classics ‘Best of the Best’ Award, Salon Privé is now recognised as one of the top events in the world alongside Pebble Beach Concours d’Elegance and Concorso d’Eleganza Villa d’Este. Held annually within the grounds of Blenheim Palace, Salon Privé is firmly established as the UK’s most exclusive Motor Show.

Tickets can be purchased via the website www.salonpriveconcours.com or by calling the Ticket Hotline: 0808 100 2205.

Charity Partners
Salon Privé is proud to once again have Rainbow Trust Children’s Charity as its charity partner. The organisation provides emotional and practical support to families who have a child with a life-threatening or terminal illness, and thanks to the generation donations of guests and Concours entrants, the event has so far raised in excess of £1 million for this great cause.

The 2020 event will also support the marvellous work of Veloce, a charity founded by lifelong classic car and motorsport enthusiast Peter Neumark which actively supports both Hope for Tomorrow and the Halow Project.

Hope for Tomorrow supply mobile cancer care units to NHS Trusts across the country. During this global health crisis, cancer patients are among the most vulnerable members of society. Hope for Tomorrow and our Mobile Cancer Care Units allow patients to receive their treatments in a local and safe environment.

The Halow Project is dedicated to creating opportunities and supporting young people aged 16+ with a learning disability so that they are able to live independent, meaningful, fulfilled lives and become more involved in their local community. 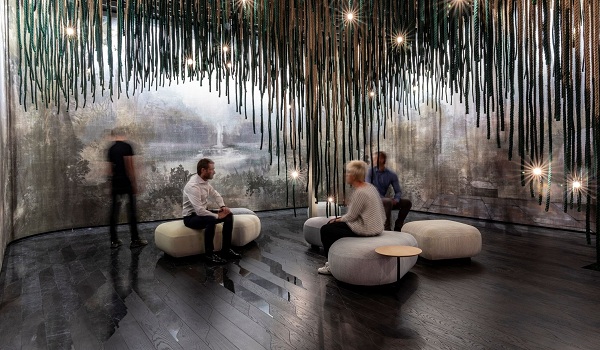