Sign up for the festival pre-sale and a chance to win a King Room
https://app.hive.co/l/3r251h

Festication, the promoter powerhouse team between Disco Donnie Presents and Feyline along with Kaskade’s Sun soaked, and deadmau5’s We Are Friends festivals have combined two destination festivations to create a new all-inclusive vacation destination event – Sun SoaKed & Friend5! Fans can travel to Cancun, Mexico on December 16th, 17th, and 18th, 2022, for a weekend stacked with all-inclusive food, drinks, and unforgettable sets on the beautiful beaches of Cancun at the 4-diamond Paradisus and Fiesta Americana resorts. Packages bought previously for either event will still be honored – no further action is required.

With the combination of the two festivals, very limited room availability exists, so fans who have not already purchased tickets are encouraged to act fast. Fans can sign up to register for the pre-sale, plus a chance to stay in a complimentary King Room: https://app.hive.co/l/3r251h

All inclusive packages include three nights stay at either resort with all inclusive meals and drinks (including alcohol), transportation to and from the resort, and access to every show throughout the weekend. Attendees will be able to revel in pool parties, after parties with surprise guests, and leisure time on exquisite beaches. Sun SoaKed & Friend5 also offers add-ons of exciting adventures off the beaten path, including catamaran expeditions, tours of Mexico’s famous Cenotes and many other excursions.

Following the excitement of Excision’s Paradise Blue and Illenium’s Ember Shores, Sun SoaKed & Friend5 is now the third in a series of destination and artist curated events presented by Festication. After an overwhelmingly positive response with their 2021 launch, Festication events have quickly become a highly sought-after fan experience.

Disco Donnie Presents (DDP)is an award-winning and recognized leader in electronic dance music event production, founded by veteran promoter James “Disco” Donnie Estopinal. Since the company’s inception in 1994 DDP has sold over 17 million tickets producing over 17,000 live events, arena shows and outdoor festivals in over 100 markets around the world including the U.S., Mexico, Canada, and Panama. Annually DDP is responsible for organizing and promoting nearly 1000 club events across the U.S. ranging from Portland, Columbus, Houston, Tampa, New Orleans, Dallas and St Louis to name a few. He is also known for producing major festivals such as The Day After, Ultimate Music Experience, Sun City Music Festival and most recently Ubbi Dubbi, Sunset Music Festival, Ember Shores and Freaky Deaky.

In 1999, Donnie first partnered with Pasquale Rotella, CEO of Insomniac Events. In 2008, the duo merged officially, setting their sights on strategically developing the Insomniac brand throughout the world and making Insomniac a household name. Working together, the pair ushered in events such as EDC Orlando, Dallas, Puerto Rico, New York; Beyond Wonderland Seattle; Nocturnal Wonderland Austin, and co-founded Electric Forest. The partnership also produced hundreds of club shows annually in markets across the U.S.

In 2020, James “Disco Donnie” Estopinal announced he re-acquired sole ownership of Disco Donnie Presents (DDP), the namesake company he founded 26 years ago. This historic acquisition concludes an epic eight-year journey through being the first company acquired by SFX, surviving SFX’s subsequent bankruptcy, becoming a part of LiveStyle, and delivering fan refunds in the face of COVID-19 festival cancellations.

Since its establishment in 1967, Feyline has been synonymous with live music in North America. Through legendary promoter Barry Fey, Feyline helped usher in a golden era of touring and rock & roll including for some of the most memorable events in music history including the 1983 US Festival, U2’s Under A Blood Red Sky, and the first United States appearance of Led Zeppelin. Having reemerged in 2012, Feyline continues to create memorable moments, always keeping in mind the most important aspect – The Fans.

Long-time promoters Disco Donnie Presents and Feyline have teamed up to produce ultimate destination festival experiences through their new brand, Festication. Disco Donnie Presents and Feyline have over 75 years of combined experience and have produced thousands of events and festivals. The promoter powerhouse team has relationships with some of the finest resort properties around the world, combined with access to some of the best talent, production personnel, and equipment in each locale.

Festication aims to change the face of Destination Festivals by raising the bar for attendee experience and setting a new standard for these productions. Each event offers a different rhythm so you can do what you like most. With top-notch music experiences from today’s best headliners, adventure tourism, numerous excursions, and excellent gastronomy, we have everything to make your trip an unforgettable experience.

Next Autumnal Haven: 7 Tips for Hosting an Outdoor Fall Party 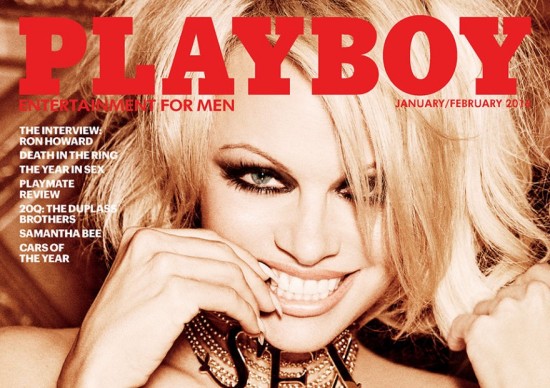 Pamela Anderson Poses in the Last Nude Issue of Playboy