Following the recent drop of his single “New Wave”, Scottish electronic producer & artist Sam Gellaitry now shares a brand-new track, “Angel”, out now via Warner Records. Listen to “Angel” and watch the visualizer directed and edited by Sam himself HERE.

“’Angel’ is a track I wrote to draw focus on the abstract landscape of finding someone attractive on the internet and all the accessories that follow,” says Sam. “I wanted the instrumental to match the digital absurdity of it all and definitely went back to my routes stylistically with this one. Nothing too serious to be found on ‘Angel’, all fun and games.”

Sam hit the ground running at the start of this year as he graced the remix project for PinkPantheress’ debut To Hell With It mixtape. His take on her viral hit “Passion” was a highlight of the project and with the tease of a potential collaboration across TikTok, keep your eyes on this dynamic duo. Sam also played his debut London show back in March with fans and media praising his eclectic performance and stage presence. He will return to the stage later this month at the CORE Festival in Osseghem Park, Brussels. His previous EP IV received critical acclaim from the likes of i-D, Vice, Clash, Fader and more.

Sam’s music is a journey through experience, circumstance, and surroundings told through his impressive, synesthesia-informed knowledge of different musical tones. For him, songwriting and producing has always connected to a process of pairing and contrasting different tones – “using the notes to create different sensations – like tension or relief in your head.” In practice, this technique has seen him experiment with high-definition club music, crisp hip hop production, dabs of orchestral instrumentation and more. It signals a new phase of Sam’s career, and an embrace of his unparalleled and unadulterated passion for creativity. With more music to come, Sam Gellaitry is set to take the scene by storm. 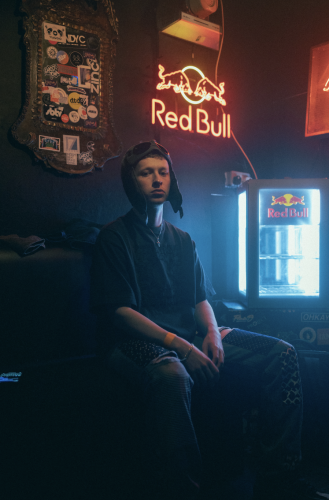 Next Tauren Wells Announces The Joy In The Morning Tour In Support Of His New Album, Out June 10

Angel Watching Over Me Foundation – 1st Annual All White Gala

Miss USA Preliminaries with all Contestants in Swimwear