In a striking departure from the original version of “Love Brand New” — a moody and mercurial track that’s cracked the top ten at AAA Radio and reached #11 on Billboard’s Hot Dance/Electronic Songs chart — Vintage Culture’s high-energy remix strips away the band’s brooding guitar tones and accelerates the tempo to a thrilling velocity. Building to a wild intensity in its first minute, the remix then bursts into a dizzying explosion of pulsating beats and potent grooves — all while expertly preserving the song’s indelible melodies and raw emotion.

“Vintage Culture is a very talented gentleman, and we feel fortunate to be able to have him work his magic on of our tracks for a second time,” state Bob Moses, whose 2020 track “Desire” was remixed by Vintage Culture and Kiko Franco. “We look forward to dropping this banging mix in our Club Sets for the foreseeable future.”

Widely recognized as one of the most influential and creative forces of his generation in Brazil and beyond, Vintage Culture has also brought his talents to impressive remixes of the likes of Meduza, Moby, Diplo, David Guetta & Sia. The platinum-selling, chart-topping producer/DJ will headline EDC Las Vegas this weekend, in addition to taking the stage at Tomorrowland in July and touring throughout North America and Europe this summer.

“The songs that Bob Moses write and record are inspiring and have an emotional impact on the audience, says Vintage Culture. I admire their talent and I’m very proud to lend my production skills to the new remix of ‘Love Brand New.’ I look forward to including this new classic in my shows through the Summer of 2022.”

Tonight, Bob Moses will continue their headlining tour of North America, a 25-date run whose highlights include last Friday’s sold-out show at the legendary Greek Theatre in L.A. With the tour wrapping up tomorrow in their hometown of Vancouver, the band will head overseas for the European leg of their headline tour later this year.  Go HERE for more information on all Bob Moses tour dates.

Along with “Love Brand New,” The Silence in Between includes singles like “Time And Time Again” (a November release accompanied by a spellbinding video); “Never Ending” (praised by the likes of Clash, who hailed it as “indicative of the pair’s creative passions, blending ethereal electronics with the subtle use of club tropes”), and “Hanging On” (a heavy-hearted but life-affirming anthem). Bob Moses’ first full-length since signing to Astralwerks in a unique global partnership with Domino Recording Co., the album follows their JUNO Award-nominated 2020 project Desire and marks their first full-length since 2018’s Battle Lines (featuring the hit single “Back Down”). The band’s dynamic catalog also includes their acclaimed debut album Days Gone By — a 2015 release featuring standouts like “Tearing Me Up,” a Top 15 US Alternative radio hit nominated for two GRAMMY® Awards, with a remix from RAC winning in the category of Best Remix Recording (Non-Classical). 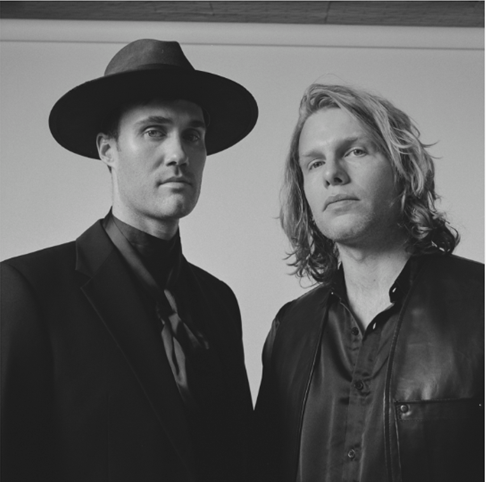 Since forming in New York City in 2012, Bob Moses have earned massive acclaim for their transcendent blend of house music and emotionally charged pop. Made up of Vancouver-bred musicians/producers Tom Howie and Jimmy Vallance, the Los Angeles-based duo delivered their debut album Days Gone By in 2015 and immediately drew praise from tastemaking outlets like Mixmag (who stated that “[i]t’s hard to think of anyone who walks the line between electro-pop and deep dancefloor grooves quite as coolly as Tom Howie and Jimmy Vallance”). Days Gone By featured such standouts as “Tearing Me Up”: an intensely poignant track nominated for two GRAMMY Awards, with a remix from RAC winning in the category of Best Remix Recording (Non-Classical). In 2018, Bob Moses returned with Battle Lines, which featured the hit single “Back Down” and led to a performance on “Ellen.” Hailed by The Line of Best Fit as “versatile, dynamic party music, made by masters of their craft,” Battle Lines also landed on Billboard’s Best Electronic Albums of 2018 list. The duo’s most recent triumphs include 2019’s Unplugged EP, Falling into Focus – Live 2020 (a concert film documenting an hour-long set performed at an abandoned radio tower in Topanga, California), and Desire (a JUNO Award-nominated 2020 project that PopMatters lauded as “exceptional, its classic trance rhythms crafted with a sense of multidimensionality”). A longtime festival favorite, Bob Moses have also repeatedly claimed the Best Live Act title from Resident Advisor, appearing at leading festivals like Coachella, TomorrowWorld, Lollapalooza, Ultra Music Festival, and Bonnaroo. Newly signed to Astralwerks in a unique partnership with Domino Recordings, Bob Moses made their label debut with “Time And Time Again,” a November 2021 release that defined the start of a thrilling new era for the duo. Their recent single “Love Brand New” is No. 2 on the Alternative radio chart, and finds Bob Moses tapping into their deep-rooted love for ’90s alt-rock and left-of-center dance music. Billboard says: “the Nine-Inch Nails influenced single is a dark, brooding slow build that pulsates with moody lust, growls power riffs and shows off a heavier sound for the duo.” This March, Bob Moses kicked off a 25-date North American headlining tour, which will continue through May 21 in Vancouver before heading overseas.

From the tiny municipality of Mundo Novo, Lukas Ruiz aka Vintage Culture, has risen to international stardom through his songwriting, studio productions, and charismatic stage presence. Already a household name in his homeland of Brazil, he ascended to the #1 selling artist on Beatport and #1 Most Played Producer on 1001Tracklists last year. His career took off in 2019 following the release of his Jorja Smith & Maverick Sabre remix. Vintage Culture has since enjoyed Platinum success on multiple singles, as well as topping the Billboard Club / Dance and Spotify Dance Charts. Having collaborated with the likes of Roland Clark, Tiësto, Maxi Jazz, Sonny Fodera, Goodboys, and Anabel Englund, to name a few, Vintage Culture is known for his irresistible melodies combined with driving instrumental rhythms to create a mesmerizing style and sound which is uniquely recognizable. A top-line staple on major music festivals, Vintage Culture is set to play EDC Vegas, HARD Summer, CRSSD, Tomorrowland, ARC Music Festival, and has residencies in Ibiza and Las Vegas.

An Ode To Community II 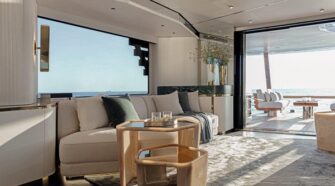