“Day N Night” is a powerful, energizing track with an addictive bassline that leaves audiences craving more after each listen. The dream collaboration of Afrojack, Black V Neck, and Muni Long highlights every aspect of each artist’s talent, and in combination with the rhythmic, pounding production, fans can’t help but be transported into the heart of a colorful dance music festival.

Black V Neck has collaborated with Afrojack numerous times in the past, including their collaborative single “To The Floor.” On top of the elite production, Muni’s vocals add a perfect vibrance and life to the track’s already uplifting sound.

Afrojack has produced some of the biggest hits in the past decade and cemented his legacy as one of the top names in dance music culture. In late July he released his surprise EP ‘Afrojack Presents NLW,’ an 8-track project that returned to his club roots.

Earlier in July, he teamed up with R3HAB for their first collaboration in a decade with “Worlds On Fire,” released through Tomorrowland Music ahead of their back-to-back performance at Tomorrowland Belgium. 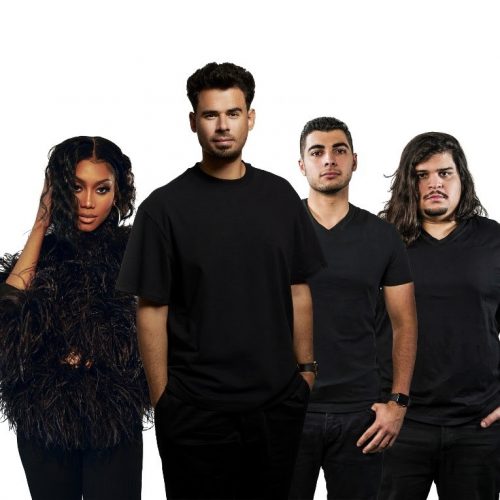 Afrojack also announced a partnership deal with Universal Music Group in July for all his future releases and all the releases on his record label WALL Recordings. Prior to that in March, Afrojack and David Guetta released an all-star cross-genre collaboration featuring Missy Elliott, BIA, and Doechii, “Trampoline,” which can be found HERE.

The Dutch musician started the year with his fourth GRAMMY nomination, this time, and for the first time, for Best Dance Recording for his inspiring dance pop crossover Summer song “Hero” alongside David Guetta.

Long-time friends, Ian and Julian came together in 2017 to form the innovative and original House music duo, Black V Neck. They have released popular songs such as “Sex, Drugs, Alcohol,” which has collected over 21 million streams globally.

With the support of underground artists such as Claude VonStroke, Chris Lake, Green Velvet, Lee Foss, and Shiba San, the duo has appeared and collaborated on festival performances, club sets, and radio shows worldwide with some of the biggest names in dance music like Afrojack, Dipo, Marshmello, Tchami, and DJ Snake, to name a few.

They have released remixes for tracks by David Guetta, Afrojack, Salvatore Ganacci, John Summit, Tommy Trash, and Walker & Royce, and worked with numerous record labels such as on Sink or Swim, Repopulate Mars, Confession, Insomniac Records, and OWSLA.

One of the most streamed and buzzworthy artists in R&B today, Muni Long has exploded with the success of the certified platinum #1 urban and rhythmic breakthrough smash “Hrs And Hrs.” The hit single has netted over 200 million streams, has reached the Top 5 of Apple Music, and #17 on the Billboard Hot 100.

Muni has performed on NBC’s The Tonight Show starring Jimmy Fallon, was named the MTVs Global PUSH Artist of the month in June, named to iHeart Radio’s ‘On The Verge’ program, BET Amplified, YouTube’s Artist On The Rise, Spotify Frequency Artist, Snapchat Artist to Watch, and Amazon Breakthrough Artist of the Month. 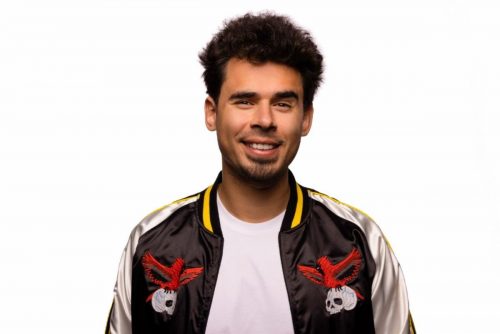 As one of the most innovative and sought-after artists, GRAMMY Award-winning producer and electronic dance music icon Afrojack continues to shatter boundaries that push music in bold new directions. Since making his breakthrough with the multi-platinum-selling single ‘Take Over Control’, the Dutch-born musician has lent his production skills to tracks that bend genres and laid the foundation for major hits for artists such as Beyoncé, Pitbull, Will.i.am, and more.

In the last few years, Afrojack was named one of the 50 Most Important People in EDM by Rolling Stone and placed on the Forbes ‘30 Under 30’ music list. In 2010, he was one of the first DJs to secure a Las Vegas residency and continues to entertain global audiences as a headlining resident artist for the Hakkasan group.

Afrojack travels the world performing at the biggest clubs/festivals while producing new music with his label Wall Recordings. In 2020, his song ‘All Night’ (feat. Ally Brooke) reached number 1 on the US dance radio chart through amassing an impressive 40+ million streams, to date.

His most recent worldwide hits such as ‘Anywhere With You’ with Lucas & Steve and DubVision and ‘Up All Night’ with Hard Lights and VINAI, add to an impressive repertoire spanning over a decade as a global performer and multi-platinum selling artist.

In 2021, Afrojack received his fourth GRAMMY nomination, this time for Best Dance/Electronic Recording for his inspiring pop-edm crossover Summer song “Hero,” which came out during the pandemic with David Guetta.

After making music together for years, Miami natives Ian and Julian decided to form Black V Neck in 2017. The name alludes to the stigma that artists have to “fit in” to certain sub genres and gimmicks in order to be successful. Their defiance of this ideal and original approach to the industry is shown through their novel, an inventive and uncompromising take on house music.

Jumpstarting their career, the duo signed their first big release with Shiba San and his record label Basement Leak. Shortly after, they appeared on ClaudeVonStroke’s radar due to their quality of production and creativity, which led to their release of the Mouth Music EP on DIRTYBIRD.

Black V Neck tracks have made their way into festival performances, club sets, and radio shows worldwide. Their music has continuous support from underground artists such as Claude VonStroke, Chris Lake, Green Velvet, Lee Foss, and Shiba San, to global acts such as Afrojack, Diplo, Marshmello, Tchami and DJ Snake.

During the COVID-19 pandemic of 2020, the duo never slowed down, signing their first Defected release, remixing the summer hit ‘Deep End’, which became their first track to break through Beatport’s Top 10. Ian and Julian continue to work diligently, having recently released records on Sink or Swim, Repopulate Mars, Confession, Insomniac Records, and OWSLA.

Black V Neck has remixed tracks from David Guetta, Afrojack, Salvatore Ganacci, Volac, John Summit, Tommy Trash, and Walker & Royce with more to come. Their productions & DJ skills have led them to play some of the largest festivals & Clubs in the world such as EDC Vegas & Orlando, LIV Miami, Academy LA, MDL Beast Festival, Countdown, and many more.

After a decade of writing multi platinum smashes for various superstars, Priscilla Renea manifests her future as Muni Long. Co-mingling R&B, rap, and pop, she beckons immersion with a stirring, striking, and soulful signature style on a debut EP title “Black Like This.”

Starting with a humble beginning behind-the-scenes as a songwriter, she accumulated a diverse catalog of hits for the likes of Rihanna, Mariah Carey, Madonna, Chris Brown and Selena Gomez. But after a series of intimate and open conversations, she decided to level up as a creator and actualize her innermost ambitions, adopting the name Muni Long and embarking on a solo project.

“Priscilla is the name I was born with,” she says. “I always wanted to be Muni Long though. She’s fearless. She has intent. She is me.”

Upon her debut, Muni has received numerous titles like MTVs Global PUSH Artist of the month, being named to iHeart Radio’s ‘On The Verge’ program, BET Amplified, YouTube’s Artist On The Rise, Spotify Frequency Artist, Snapchat Artist to Watch, and Amazon Breakthrough Artist of the Month.

Furthering her successful path, Muni was embedded in Grammy® history at the first-ever Black Music Collective ceremony the night before the awards in April, in addition to being nominated for a 2022 Grammy® Award for her work on H.E.R.’s Back of My Mind album (featured in the track entitled “Process.”)

Next Interview with Author & Leadership Expert Dr. Bruce B. Baird