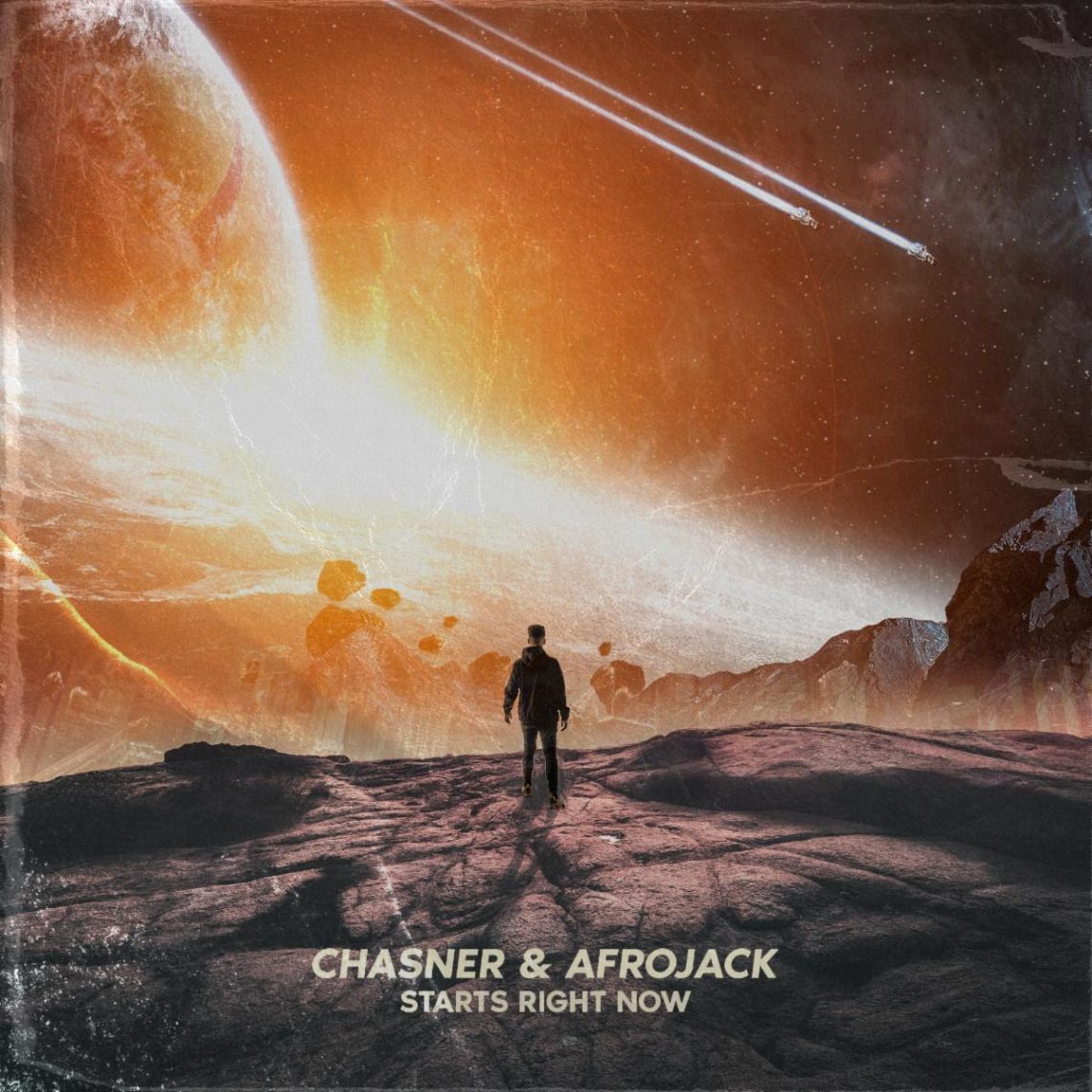 Chasner and Afrojack are joining their powers once more and it is a force to be reckoned with. Their new track ‘Starts Right Now’ is coming out just before the start of the summer, ready to light the fire under many dancing shoes at the festivals. The collective urge to party is back and this future rave track is the one to get you there.

“Absolutely had a blast working on this one with Nick! Being able to make music together with someone who always inspired you, still feels unreal sometimes ” – Chasner

“I’ve been playing this record for a while now and its crazy!” – Afrojack

Afrojack doesn’t need an introduction. He is one of the most sought-after artists and lent his production skills to tracks that bend genres and lay the foundation for major hits of artists such as Beyoncé, Pitbull, Will.i.am and many more. In 2021 Afrojack added the worldwide hit ‘HERO’ to his already impressive repertoire. The collaboration with David Guetta became  another number 1 hit on the US dance radio chart. The track reached over 50 million streams to date and the song received a Grammy award nomination for Best Dance/Electronic Recording. Afrojack continues to travel the world, headlining and performing at the biggest clubs and festivals. While also sharpening the production skills of bright young minds that he signed to WALL recordings.

Chasner is 24 years old and is taking flight under the wings of his mentor who co-produced this track. By remixing Afrojack’s hit track ‘Rock the House’ Chasner got noticed by big names in the industry such as David Guetta, Tiësto, Hardwell and Afrojack himself. Together with Afrojack, he remixed the track ‘Say My Name’ by David Guetta, Bebe Rexha & J Balvin, which got over 30 million streams on Spotify. Also, his mix of ‘Return Of The Mack’ turned heads. His latest release ‘Real’ has a different sound in comparison ‘to ‘Starts Right Now’. It shows that he has a wide range of musical creativity and that he is finding his own sound. Additionally, Chasner was officially signed at Wall Recordings in 2021 and like the track suggests, Chasner is just getting started!

While ‘Starts Right Now’ is officially released today, there is a chance you might recognize the tune already. Afrojack plays the track in his live sets and it is a track you will hear many times over during the upcoming festival season. Keep your eyes and ears open, as these artists are releasing more music soon!

As one of the most innovative and sought-after artists, Grammy Award-winning producer and DJ Afrojack, continues to shatter boundaries that push music in bold new directions. Since making his breakthrough with the multi-platinumselling single ‘Take Over Control’, the Dutch-born, genre-bending musician has lent his production skills to tracks and co-created major hits for artists such as Beyoncé, Pitbull, Will.i.am and more. In recent years, Afrojack was named one of the 50 Most Important People in EDM by Rolling Stone and placed on the Forbes ‘30 Under 30’ music list. In 2010, he was one of the first DJ’s to secure a Las Vegas residency. Afrojack continuously travels the world performing at the biggest clubs/festivals and in any free time produces new music with his label Wall Recordings.

Dutch Jordy Göbbels aka Chasner (24) got into music at an early age playing the piano, which is still a big fundamental in his dance music. Chasner’s career made a rapid turn in 2016 when globally renowned DJ Afrojack started playing his music, when he made a bootleg remix version of Afrojacks’s hit track ‘’Rock The House’. Following the success of the remix, Chasner released tracks including ‘’NLX’’ through Hardwell’s label Revelead Recordings and collaborated with Afrojack on ‘Own Game’ with Afrojack as part of Afrojacks’ EP ‘’Press Play’’ via Armada Music. His latest remix with Afrojack ‘’Say My Name’’ by David Guetta, Bebe Rexha & J Balvin hit more than 30 Million Spotify streams. As a DJ, Chasner has performed in many major festivals over the years such as: Tomorrowland, Castle of Love, Skyline Sessions and DutchWeek Val Thorens (FR).