With production from A Lau and Elvis Beatz, “Make A Movie” traverses NYC’s boroughs to unite Kay Flock — “teenage Bronx drill star,” according to STEREOGUM — with one of Brooklyn’s leading lights, Fivio Foreign. Over somber keys and a dreamy vocal sample, Kay Flock flaunts his raw gruff delivery as he injects the track with fierce confidence. For his part, Fivio Foreign merges menace with reflection: “You know how I rock, you know how I come.” “Make A Movie” has the potential to be another breakout hit in the mold of Kay Flock’s Bronx anthem “Shake It.”

That pummeling drill banger, which features quotable verses from Dougie B, Bory300, and the one and only hustler Cardi B, is a chart force with growing airplay. On “Shake It” The New York Times called it “A contemporary pop hit without forsaking the essence of drill,” and PAPER deemed it “A two-minute firecracker that sees one former NYC rising star pass the baton to another.” The Elias Beats-produced single earned over 75 million streams and its energetic video hit nearly 30 million views.

In April Kay Flock teased his upcoming documentary, Brotherly Love: The Kay Flock Story. It offers an engaging glimpse at the 19-year-old artist behind the microphone. Watch it HERE. The accolades continue to rack up for Kay Flock with praise hailing from The New York Times, Pitchfork, VULTURE, STEREOGUM, Rolling Stone, Billboard, PAPER, SPIN, XXL, COMPLEX, HotNewHipHop, No Jumper, and many more outlets labeling him an artist to watch. His rapid vigorous ascent to the upper echelons of hip-hop beyond drill music is unmatched. To date Kay flock has amassed over 435 million streams in only a year.

Kay Flock’s vision of drill music feels raw and free-spirited—an unburdened, electrifying take on his city’s sound. The New York rapper has spent the last couple years making tracks that bring some of the movement’s strongest future stars together while amplifying his own, pitching drill as collaborative, energetic, and most of all, alive. His raps, captured in street smashes like “Brotherly Love,” featuring fellow Bronx MCs B-Lovee and Dougie B, demonstrate the thrill of the ecstatic genre. Every bar is spit with the pedal pressed all the way to the floor. In ways, his rise is similar to other New York drill artists, climbing from humble beginnings to the verge of the mainstream, but Kay Flock hails from the Bronx, a neighborhood that hasn’t so far produced the genre’s stars. He grew up in a rugged environment he describes as “dangerous” and, as a teenager, found escape in Brooklyn drill as well as the music of Chicago rappers like King Von. In the Bronx, Flock made lifelong friends in B-Lovee and Dougie B who, in 2020, introduced him to recording. Almost immediately, you could recognize Flock’s unmistakable talent—and his city did. Early singles like “Being Honest” and “Is Ya Ready” put Kay Flock on the map. Now, Flock has emerged as the Bronx’s and arguably New York City’s hottest new rapper. Even as Flock’s star rises, and the co-signs roll in from The New York Times, Rolling Stone, VULTURE, Pitchfork, No Jumper, Billboard, XXL, Consequence, and artists from Cardi B, G Herbo, Lil Tjay, Meek Mill, Fivio Foreign —he doesn’t plan to switch up. He’s staying true to himself.

Next The Dior Cruise 2023 Show

A Sunday Afternoon in Harlem

Behind the Scenes of the Annual Make-A-Wish® Ball 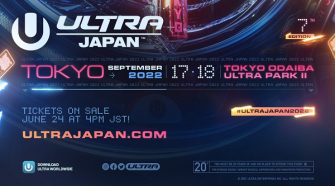