The Museum has commissioned Cunningham, nationally acclaimed for his brand BePureBlack.com, for this new series of photographs to honor the nearby historically Black neighborhood of Pearl City, celebrated as one of the earliest and longest-lasting African American neighborhoods in Florida.

“The Pearl City residents are our Museum’s closest neighbors, located only two blocks away, and we want to celebrate our neighbors with this exhibition,” says Irvin Lippman, the Executive Director of the Boca Raton Museum of Art.

Cunningham is a photographer and influencer whose work focuses on urban style and portraiture. His editorial/activist lens, and his images of concerts, fashion icons, performers and thought leaders, are at the forefront of contemporary photography.

“Through the lens of my photography I’m always trying to create affinity for and uplift Black people and the Black experience in this country,” says Reginald Cunningham.

“Being commissioned by the Boca Raton Museum of Art to photograph the residents and cultural emblems of Pearl City ─ one of the South’s most beloved and enduring Black districts ─ is an amazing experience,” adds the artist.

During the 2020 history-making marches and protests, Cunningham was selected to photograph the cover of British Vogue’s special issue titled Activism Now: the Faces of Hope.

Featuring a portrait he took of his wife, the prominent activist Brittany Packnett Cunningham, the headline-grabbing magazine cover was heralded as a consequential power-couple move.

The pair first met in 2014 at a Black Lives Matter protest a few blocks from Cunningham’s family home in St. Louis. They are currently based in DC. 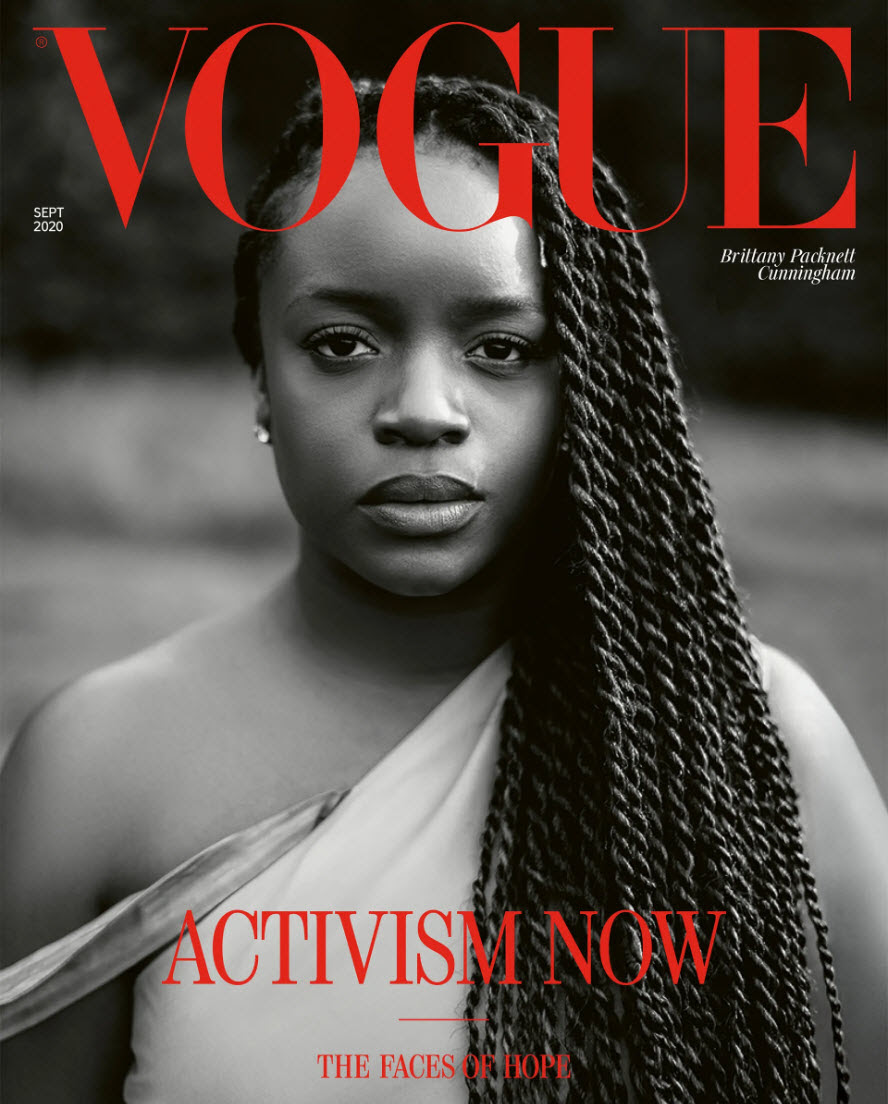 The exhibition at the Boca Raton Museum of Art will be accompanied by a fully-illustrated catalog, featuring an essay about the artist by Dr. Imani M. Cheers (Associate Professor of Digital Storytelling at George Washington University). The catalog also includes a historical essay by Dr. Candace Cunningham (Assistant Professor of History at Florida Atlantic University).

This is the first time a museum has presented a solo exhibition of Reginald Cunningham’s work. He personally interviewed each of his subjects thoroughly before their portrait sittings. Cunningham has also captured the physical and ephemeral elements that make up the community, preserving the stories of generations.

“Because there is perpetually the threat of development that would throw asunder this neighborhood, we want to tell this story through the current residents whose ancestors were the original settlers,” adds Irvin Lippman.

“To accomplish this visual storytelling, the Museum selected Reginald Cunningham, whose photography celebrates Black identity and is currently earning national and international acclaim. It is a rare artist whose social activism matches their artistry.”

“These works by Reginald Cunningham have now entered the Museum’s collection. This is most definitely a project born in the community, that serves to create a record for future generations,” adds Lippman.

Founded in 1915, Pearl City predated the incorporation of the surrounding City of Boca Raton by a decade. “This is one of South Florida’s oldest neighborhoods, and the only historically Black community in Boca Raton,” says Dr. Candace Cunningham.

“More than a century ago, a land auction was held and African Americans purchased thirty lots that day to create Pearl City. Yet, as was often the case in the segregated South, their opportunities paled compared to those presented to White Americans, who also purchased land at two other Boca Raton land auctions that day and got larger lots for less money,” she adds.

“Those disparities pushed African Americans out of Georgia and the Carolinas and pulled them into southern Florida. “It was by no means the land of opportunity for Blacks, but it did offer more options than they were finding elsewhere during that time in history,” adds Dr. Candace Cunningham of Florida Atlantic University.

Decades later, the descendants of those Pearl City pioneers found it necessary to protect the community their ancestors built. As the city grew, Pearl City’s location became more appealing to encroaching real estate developers who wanted to rezone the area for commercial use.

Thanks to the work of the Developing Interracial Social Change organization, and to many other community activists, this Museum project is part of a larger effort to advocate for the designation of Pearl City as a State of Florida Historic District.

This exhibition was made possible with the generous support of Barb Schmidt and Michelle Maros, and the Schmidt Family Foundation.

Investigating further the different ways that community can be defined, the images in this exhibition highlight people and landmarks. This exhibition features 24 photographs by Reginald Cunningham, and personal mementos passed down through families for more than 100 years.

With the aid of Dr. Candace Cunningham of Florida Atlantic University, this exhibition also features the oral histories of both current-day Pearl City residents and the children of the original settlers that have moved to other cities.

Visitors to the Museum may hear the stories in the subjects’ own words via audio and transcribed video of the interviews. Interest in Pearl City has blossomed, and residents celebrate their community’s honored past.

In recognizing their own history they see a connection to the broader struggle for equal rights. Too many of these residents, holding on to their land is almost sacred.

When it comes to this community’s connection to its history, it is clear that some things simply are not for sale (excerpts from the essay written by Dr. Candace Cunningham in the Museum’s exhibition catalog). Read more details about the history of Pearl City on this page by the Boca Raton Historical Society.

Reginald Cunningham (BePureBlack.com) is a Washington DC-based photographer known for his concert, fashion, and activist photography. He fully embraced the art of photography in 2017, and his works have been featured in The Washington Post, Essence, Ebony, Marie Claire, Cosmopolitan, Buzzfeed, Huffington Post, Take Part, and The Final Call.

His passion for photography was instilled by his mother, herself a photographer for more than 30 years. During his childhood, he was often in her studio absorbing her appreciation for portraiture. He began to develop his art during the Ferguson unrest.

“He doesn’t turn activism ‘on’ or ‘off’ with a swipe to the left or right. Instead, Reggie leads with his lens,” says Dr. Imani M. Cheers.

“Through his photography, Reggie captures the complexities of communities. He sees the nuances in neighbors. He puts himself directly on the front lines to bear witness, sacrifice his safety, and tell the truth.” adds Dr. Cheers.

His style is edgy and intimate, often forgoing smoothing and airbrushing in favor of sharper and more realistic images. He attended Lindenwood University, and received a Bachelor’s degree in Journalism and dual Master’s degrees in Digital & Multimedia Design and Promotional Communications.

About the Boca Raton Museum of Art

Founded by artists, Boca Raton Museum of Art was established in 1950 as the Art Guild of Boca Raton. The organization has grown, now in its eighth decade, to encompass a Museum, Art School, and Sculpture Garden. As one of South Florida’s leading cultural landmarks, the Museum has provided cultural and artistic service to the community, and to many visitors from around the world, since artists founded it in 1950.

Currently on view now, on the entire first floor:

The monumental world premiere of Art of the Hollywood Backdrop (through January 22).

The U.S. premiere of Whitfield Lovell: Passages ‒ amfedarts.org/whitfield-lovell-passages (February 15 ‒ May 21) The six-city tour of this major exhibition kicks off at the Boca Raton Museum of Art. Organized by the American Federation of Arts in collaboration with Whitfield Lovell.

The most comprehensive exhibition to date of the contemporary artist’s masterful conté crayon drawings, assemblages, and multi-sensory installations that focus on aspects of African American history while raising universal questions about identity, memory, and America’s collective heritage.

Premiering this new season are the Museum’s major renovations to the collection galleries, with support from Pat and Nick Ohnell and the Stein Foundation.

The new installation spans the entire second floor of the Museum, across 8,000 square feet, and was conceived by Kathleen Goncharov, Senior Curator.

The dominating principle for these new collection galleries is the quality of the objects and the way they are installed: creating new connections between works of art in a variety of media, from diverse cultures and across centuries.

The Museum’s collections of African Art and Art of the Americas, a gift from David and Jean Colker, have been repositioned to better give visitors opportunities to see cultural links and compelling aesthetic connections between art from the distant past and the work of Contemporary artists.

This mix of cultures, media, and centuries, with unexpected juxtapositions, offers a fresh look at the continuum of artmaking. The Museum’s newly renovated Ohnell Sculpture Garden and the Mary Ann and Harold E. Perper Courtyard also debut this season.

Support for #BocaMuseumatHome and #KeepKidsSmartwithArt virtual programming is provided by Art Bridges Foundation and PNC Grow Up Great.

Olympia Presents Kathleen Goncharov: Above and Below

Nominations For The Golden Globe Awards 2021

Strapping Headgear at the A.F.VANDEVORST Show for LFW

Exclusive Shopping Event at What Goes Around Comes Around 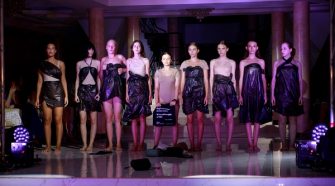