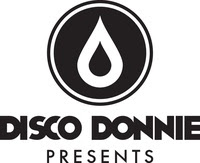 Festival and camping tickets on-sale
Wednesday 6.1.22 at 10am CT
https://freakydeaky.com/

“The hottest ticket in the Houston-area for a Halloween costume outing.”
-Houston Chronicle

“A two-day gathering with enough bass and house to wake the dead.”
– Billboard

“With a stacked lineup, outstanding production, and even a haunted house, this was among one of the top Halloweekend celebrations!”
-Electric Hawk

Baytown, Texas, May 31, 2022 – Heralded as one of the biggest Halloween electronic music festivals, Disco Donnie Presents is excited to announce the fourth installment of the infamous Freaky Deaky festival. Notorious for supplying dance music fans with the most ghoulish festival in Texas this Halloween weekend, Freaky Deaky takes place Saturday October 29 and Sunday October 30 at Houston Raceway in Baytown, Texas.

Known for being the most haunted event of the season, Freaky Deaky always delivers a sinister soundtrack provided by the scene’s most devious DJs, with past performances from Deadmau5, Excision, and CloZee.

As anticipation began to build for Freaky Deaky 2022, fans received a surprise via Twitter when Disco Donnie announced that the web designer left the country, and accidentally leaked the lineup.

If they signed up for pre-sale, 3 random artists off the lineup were revealed to fans. Soon, Twitter was flooded with tweets from Freaky Deaky lovers sharing their excitement around which artists were revealed to them, calling it “insane” and “looking 🔥”.

DDP has upped the supernatural ante this year with an explosive lineup of heavy weights like Pendulum, Illenium, and Austeria, main stage favorites Illenium and Kaskade, Freaky Deaky alum’s like Steve Aoki, along with B2B’s of epic proportions between powerhouse DJ’s like Level Up & Ace Aura and Dirt Monkey B2B Jantsen. Freaky Deaky’s notorious stages, The Shrine, The Crypt, The Boneyard, and The Haunted Hollow will all be returning, armed with full scale production to the spookiest extent along with frequent appearances from the Mayor of Freakytown himself.

DDP is all about delivering the highest quality festival experience for fans in more ways than just the music. Building on last year’s success, Freaky Deaky will once again be offering on-site camping to amplify the creepy vibes to the fullest. Camping opens on Friday October 28.

DDP is committed to giving back; their philanthropic history is deeply rooted in communities that they consider family. Last year, DDP donated $150,000 worth of tickets to veterans, first responders, and Gold Star families.

In addition to ticket donations, Freaky Deaky has also made donations to local groups, including $10,000 to the Houston Food Bank and $10,000 to the Texas Association of First Responders.

Freaky Deaky 2022 follows the success of DDP’s Ubbi Dubbi Festival and this past weekend’s Sunset Music Festival, drawing in thousands of ravers to dance at two of the most beloved music festivals in the US. It also arrives on the heels of announcements for DDP & Feyline’s Festication destination festivals: Illenium’s Ember Shores (December 2-4) and Kaskade’s Sun Soaked (December 16-18).

DDP continues to pioneer the festival landscape, constantly innovating to deliver exquisite festival experiences with top-tier production and sets from today’s best headliners. Turn up and camp down with all your friends and freaks at this year’s Halloween celebration!

Disco Donnie Presents (DDP) is an award-winning and recognized leader in electronic dance music event production, founded by veteran promoter James “Disco” Donnie Estopinal. Since the company’s inception in 1994, DDP has sold over 16 million tickets producing over 16,000 live events, arena shows, and outdoor festivals in over 100 markets around the world including the U.S., Mexico, Canada, and Panama.

Annually, DDP is responsible for organizing and promoting nearly 1,000 club events across the U.S. ranging from Portland, Columbus, Houston, Tampa, New Orleans, Dallas, and St. Louis to name only a few. He is also known for producing major festivals such as The Day After, Ultimate Music Experience, Sun City Music Festival, and most recently Ubbi Dubbi, Sunset Music Festival, Ember Shores, and Freaky Deaky.

Founder and CEO, James “Disco Donnie” Estopinal, Jr. is considered one of the godfathers of U.S. electronic dance music, evolving over the past 27 years to become one of the top dance music promoters globally.

From his early days in the 1990s New Orleans dance scene, Disco Donnie coupled eccentricity with ingenuity to create elaborately themed parties that charmed patrons, garnered an international following, and unwittingly became a catalyst for a national debate over the First Amendment right to expression.

In 2008, the duo merged officially, setting their sights on strategically developing the Insomniac brand throughout the world and making Insomniac a household name.

After shelving the Something Wicked and Something Wonderful brands, Donnie partnered with a sister company in 2018 to bring Chicago’s Freaky Deaky to Houston, Texas, selling 50,000 tickets in its first year.

In 2019, DDP announced Freaky Deaky Texas and Ubbi Dubbi, both wholly owned by Disco Donnie Presents. Ubbi Dubbi is Disco Donnie’s newest festival brand which takes us into a world curated by two whimsical imaginary characters known as Ubbi and Dubbi. The new brand took the EDM world by storm, gathering 45,000 attendees in its inaugural year.

This historic acquisition concludes an epic eight-year journey through being the first company acquired by SFX, surviving SFX’s subsequent bankruptcy, becoming a part of LiveStyle, and finally buying his company back and delivering fan refunds in the face of COVID-19 festival cancellations.

Dedicated to continuing to serve the EDM community, DDP created No Parking On The Dance Floor, a new brand that brought 25+ drive-in shows to fans across the U.S. through April 2021.

In 2021, Disco Donnie Presents was finally able to move forward with club shows and festivals once again. In the first week of April 2021, he launched Ember Shores in partnership with Illenium. This announcement marked the company’s first all-inclusive destination music festival, set for December 2021 in Cancun.

Ubbi Dubbi returned in April 2021 as the first festival back in the US with 60,000 tickets sold and the company’s first festival camping experience. With the company back in Donnie’s control and the events world returning to its former glory, DDP plans on rapid expansion of new festival brands and show concepts in 2021 and beyond.

Next Rene by RR Fashion Show at Miami Fashion Week 2022

QUITTING TIKTOK FOR THIS NEW JOB?!?