Victoria’s Secret’s legendary Angels challenged a team of some of Bachelor Nation’s most popular bachelor’s as they competed to win a cash prize for their charities. The episode aired Sunday, July 7 and is now available to view on ABC.com, the ABC appand Hulu. After winning their match-up, VS Angel Martha Hunt led her team to victory with a score of 197, the highest Fast Money score for one star in “Celebrity Family Feud” history. The Victoria’s Secret Angels won $25,000 for Susan G. Komen Breast Cancer Foundation.

Hosted by the highly popular stand-up comedian, actor, author and Emmy® Award winner Steve Harvey, “Celebrity Family Feud” returns for its fifth season, kicking off ABC’s popular and expanded “Summer Fun & Games.” Once again, celebrities, along with their families, go head-to-head in a contest to name the most popular responses to survey-type questions posed to 100 people for a chance to win money for a charity of their choice.

The celebrity teams consisted of the following:

“Celebrity Family Feud” is produced by Fremantle and is taped in front of a live audience in Los Angeles, California. Gaby Johnston and Jennifer Mullin are executive producers.

*COPYRIGHT ©2019 American Broadcasting Companies, Inc. All photography is copyrighted material and is for editorial use only. Images are not to be archived, altered, duplicated, resold, retransmitted or used for any other purposes without written permission of ABC. Images are distributed to the press in order to publicize current programming. Any other usage must be licensed. Photos posted for Web use must be at the low resolution of 72dpi, no larger than 2×3 in size.

Amelia Moore ‘teaching a robot to love’ EP OUT NOW! 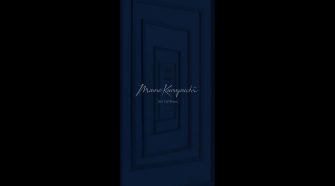