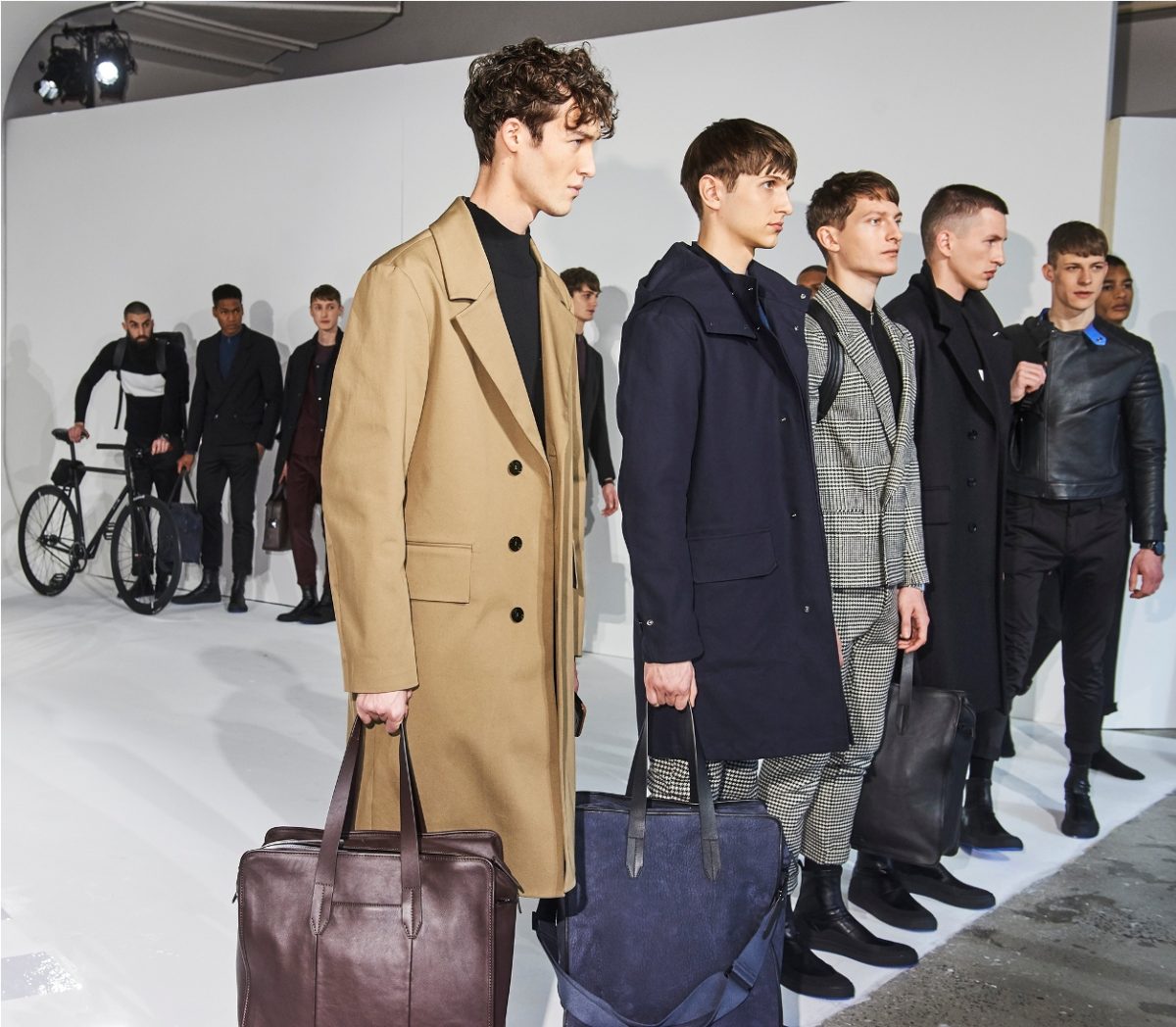 Zipping across the men’s fashion landscape is Uri Minkoff’s Fall 2017 collection, unveiled at the recent New York Men’s Day (NYMD) showcase. Within the array of razor sharp lines and predominantly monochromatic palette (punctuated by flashes of camel and burgundy) is the coherent look of a style-savvy urban commuter. As Mr. Minkoff, creative director and CEO, says, the “theme is informed by the motion of a big city – the juxtaposition of harmony and chaos, those moments…when a diverse crowd congregates into a plural motion of one.”

Though Mr. Minkoff has previously intimated that he favors Scandinavian silhouettes and a Japanese eye for detail, the ease with which he merges the formality of tailoring with casual athleisure motifs reflects the unerring way any seasoned New Yorker navigates the streets. These tops, sweats, trousers, jackets and outerwear deliver a pitch perfect collection for modern men. Equally impressive are the finishing touches of the handsome Uri Minkoff bags, his forthcoming timepieces crafted specially for Movado, and the two custom bikes built in collaboration with Brooklyn-based Tribe Bikes. 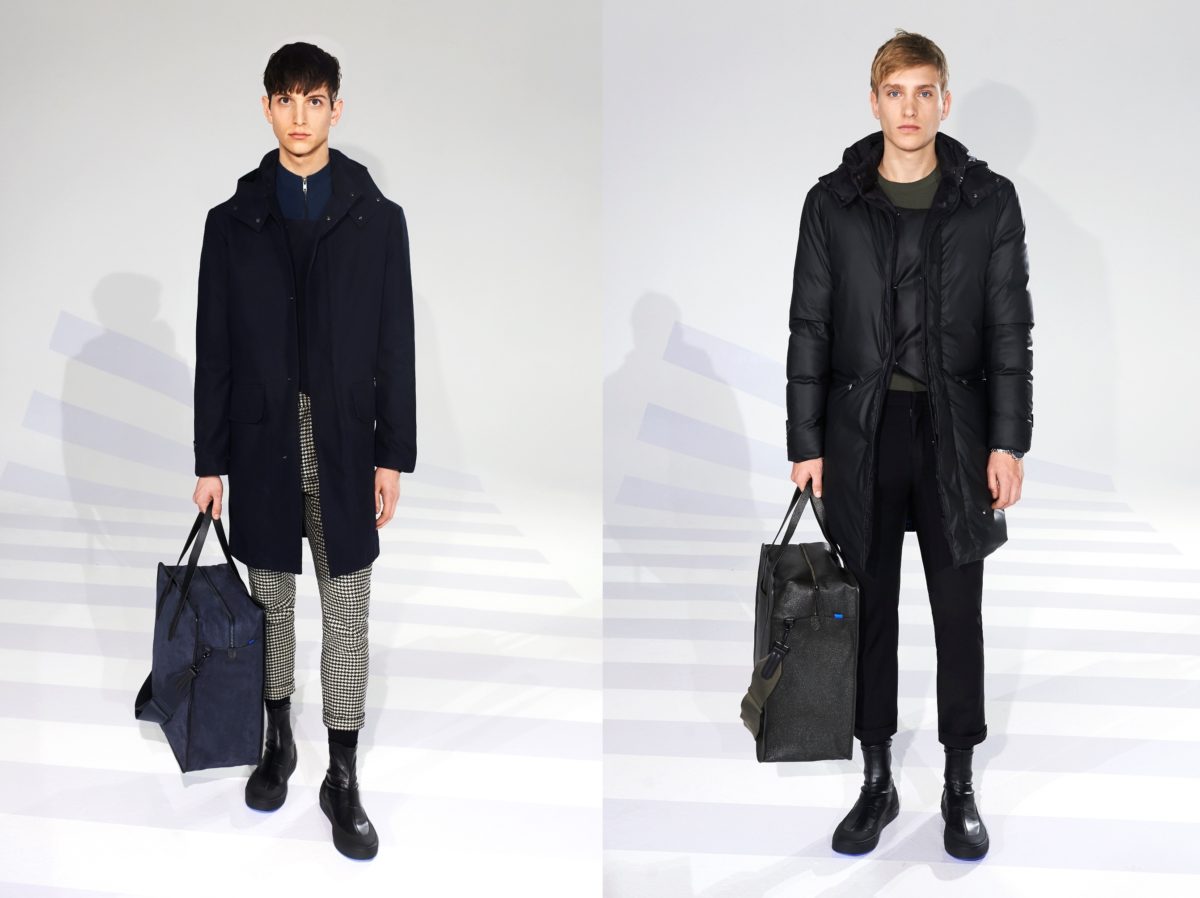 The Uri Minkoff label spun off its figurative and literal sister line Rebecca Minkoff via a collection of men’s bags, gradually expanding with menswear in 2016. Since its inception, the garments pointedly eschewed any hints of the incestuous Wasp-y aesthetic, aiming instead at appealing to the diversity of a metropolitan populace. The brand’s dedication to the cosmopolitan customer enables the pieces to effortlessly race from penthouse to pavement in any city in the world.

Its showing at NYMD was no less seamless among the curated brands that included David Hart, Kozaburo, and R Swiader. The event, preceding NYFW, staged each brand in separate studios, affording fashion media and buyers an up close and leisurely way of seeing the men’s wear collections at their own pace with stopovers at the Lounge sponsored by trade exhibition organizer Project, and LAB Series’ complimentary skin treatments.

Museum of Art and Design at MDC Reopens November 5th