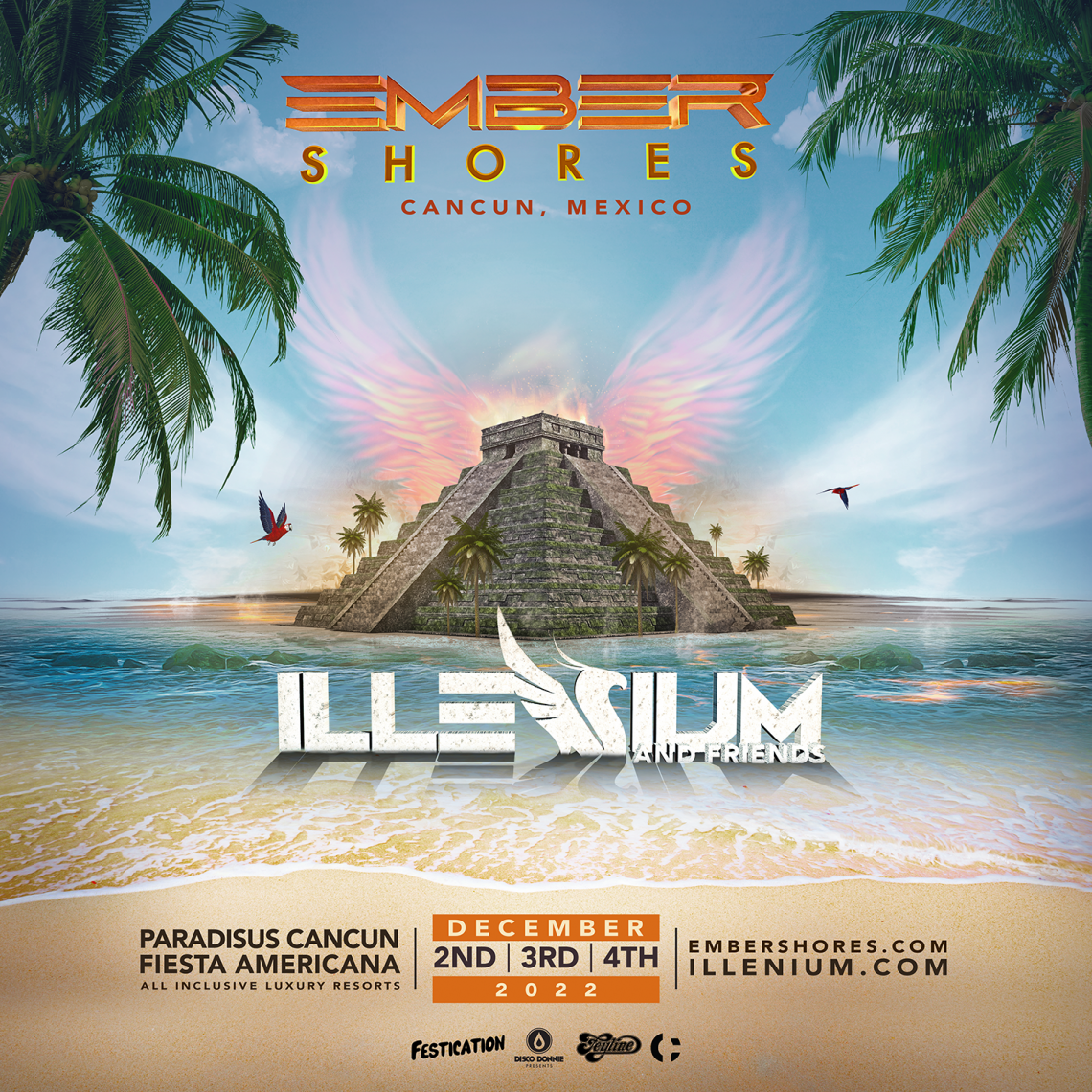 Ember Shores is an exceptionally intimate 18+ event where Illenials from all over the world can come together and share their love for each other and the artists they adore.

Each guest is considered a VIP and the Ember Shores experience reflects that mission. Packages start at $988 USD per person and include three nights’ stay at either resort with all inclusive food and drink (including alcohol), transportation to and from the resort, and access to every set throughout the weekend.

If attendees would like to extend their stay even longer, add-on nights will become available to accommodate closer to the event.

Ember Shores also offers add-ons of thrilling adventures off the beaten path, including catamaran expeditions, tours of Mexico’s famous Cenotes and many other excursions.

Ever since the inaugural edition of Ember Shores wrapped, social media has been buzzing with fans sharing some serious FOMO, and previous attendees sharing their favorite memories, collectively expressing their excitement for this second installment of Ember Shores. 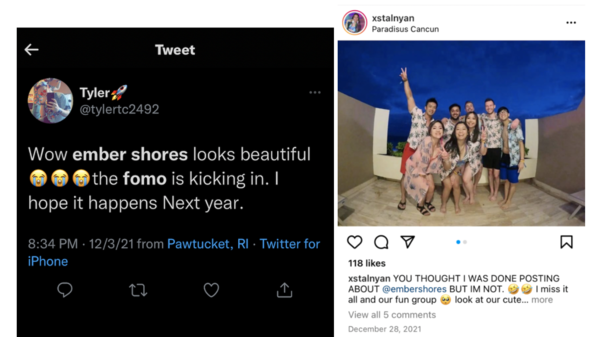 This announcement comes just in time as the second ever Festication event, Excision’s Paradise Blue, is set to take place next week, April 29 – May 1. Festication continues to awe fans and artists alike with their innovation and we look forward to seeing more events from this team.

“This past year Ember Shores was one of my favorite events ever. Can’t wait for the 2nd edition!! See you in paradise!” – Nick Miller (ILLENIUM)

Since the company’s inception in 1994 DDP has sold over 17 million tickets producing over 17,000 live events, arena shows and outdoor festivals in over 100 markets around the world including the U.S., Mexico, Canada, and Panama.

Annually DDP is responsible for organizing and promoting nearly 1000 club events across the U.S. ranging from Portland, Columbus, Houston, Tampa, New Orleans, Dallas and St Louis to name a few.

He is also known for producing major festivals such as The Day After, Ultimate Music Experience, Sun City Music Festival and most recently Ubbi Dubbi, Sunset Music Festival, Ember Shores and Freaky Deaky.

In 1999, Donnie first partnered with Pasquale Rotella, CEO of Insomniac Events. In 2008, the duo merged officially, setting their sights on strategically developing the Insomniac brand throughout the world and making Insomniac a household name.

Working together, the pair ushered in events such as EDC Orlando, Dallas, Puerto Rico, New York; Beyond Wonderland Seattle; Nocturnal Wonderland Austin, and co-founded Electric Forest. The partnership also produced hundreds of club shows annually in markets across the U.S.

This historic acquisition concludes an epic eight-year journey through being the first company acquired by SFX, surviving SFX’s subsequent bankruptcy, becoming a part of LiveStyle, and delivering fan refunds in the face of COVID-19 festival cancellations.

Since its establishment in 1967, Feyline has been synonymous with live music in North America. Through legendary promoter Barry Fey, Feyline helped usher in a golden era of touring and rock & roll including for some of the most memorable events in music history including the 1983 US Festival, U2’s Under A Blood Red Sky, and the first United States appearance of Led Zeppelin.

Having reemerged in 2012, Feyline continues to create memorable moments, always keeping in mind the most important aspect – The Fans.