“We were thrilled to bring the Sport of Kings back to the pristine sands of South Beach for another incredible year presenting the world’s best polo players,” said Tito Gaudenzi, founder, and producer of the World Polo League Beach Polo World Cup, Miami Beach. “It was a fantastic action-packed weekend with ideal weather, entertainment, and stunning views of the turquoise Atlantic Ocean. We’re already looking forward to next year and to creating new experiences.” 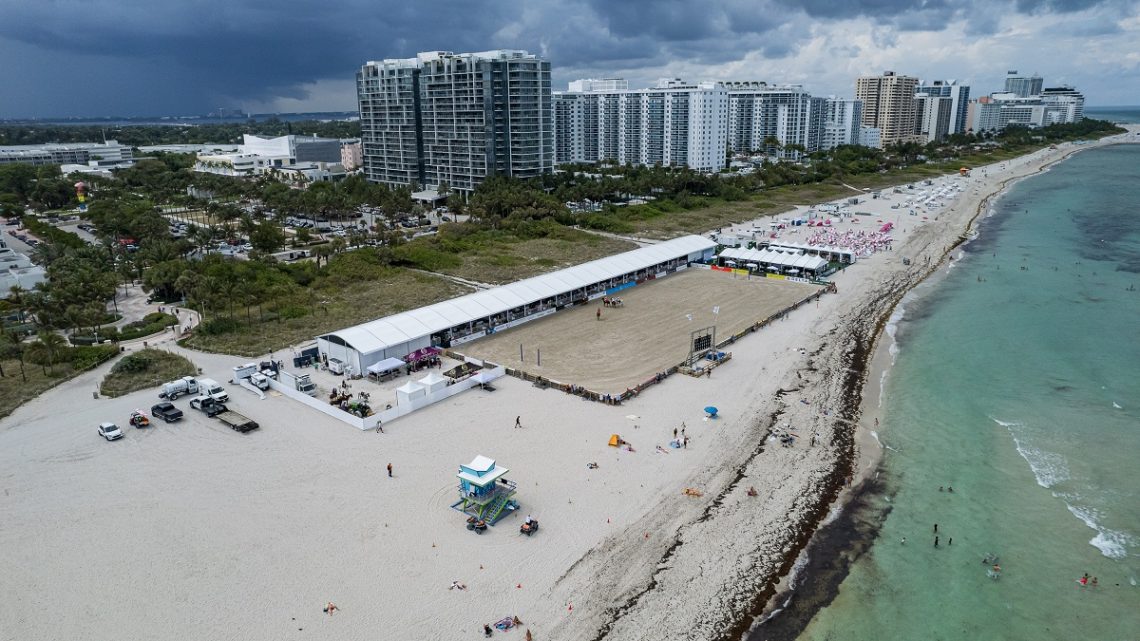 Kicking off the last day of the tournament was the Celebrity Charity Polo Match to benefit Give Back for Special Equestrians, a Florida non-profit 501C3 that provides therapeutic horseback riding scholarships for disabled children and veterans, Museum of Polo & Hall Fame, and The Polo Training Foundation.

Team Polo Training Foundation (PTF) then took on The Museum of Polo & Hall of Fame, winning 2-0 and clinching the Celebrity Cup win.

Below is a breakdown of the games and some additional information about the sponsors.

Celebrity Game – Give Back for Special Equestrians, The Polo Training Foundation, Museum of Polo Hall Fame

The World Polo League Beach Polo World Cup, Miami Beach is the largest and most well-known beach polo event in the world. Taking place on the pristine sands of Miami Beach, the event features eight international teams with players from more than 10 nations and over 120 horses. Each day features high goal polo matches showcasing some of the best players in the world on the sand along with a series of offsite events that fuse polo, fashion and luxury living. General admission is offered complimentary to the public while VIP tickets include shaded lounge areas, a full bar and catering. For tickets and more information visit www.miamipolocup.com.

adidas Originals and Dr. Seuss Link Up for a Grinch Themed Forum Low