This year’s gala celebrated close to seven hundred of 2017’s most promising artists nationwide (with over a hundred from the New York area) selected by the foundation to receive invaluable professional developmental opportunities, financial grants, and mentorship from alumni and benefactors such as Mikhail Baryshnikov, Frank Gehry, Jeff Koons, and Wynton Marsalis. They are also eligible for nomination as U.S. Presidential Scholar in the Arts. With public funding for the arts imperiled the commendable work of YoungArts is crucial to fostering new talents.

Cover photo Dinner at the Temple of Dendur ©Madison/BFA

Get Ready for Swim Week with Liliana Montoya Swim 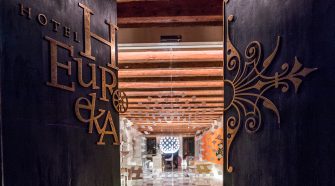