MIAMI BEACH, FL – Colony Theatre welcomes award-winning Mentalist, Alan Chamo, as the M1ND H4CK3R (Mind Hacker) for a limited-run engagement using only the best seats in the house – on stage. Always one thought ahead and exercising cutting-edge psychological and persuasive techniques, Chamo will perplex guests August 11 – 27 on the historic Colony stage on Lincoln Road.

Chamo is world-renowned for hacking his audiences’ minds with unique psychological illusions. Born in Argentina and raised in Israel, Chamo now calls South Beach home and performs mind-bending feats in both English and Spanish. The highly interactive and exclusive experience that has intrigued audiences around the world now comes to Miami Beach with 150 stage-only seats per showing. The audience will enjoy a “backstage” experience as they engage with Chamo. Those looking to expand their perception of reality are guaranteed to leave scratching their heads in amazement.

“I chose the Colony Theatre’s historic stage because it was such a unique venue to perform my up close and personal experience,” says Chamo, master of mentalism and mind hacking. “The intimate show will be a mind-bending adventure for all!”

The perfect family activity or date night, Chamo’s show is both bewildering and humorous, while sharing the power of our minds and encouraging the audience to understand their own mental powers. Guests will enjoy an up close and personal show with opportunities to participate and attempt to understand the unbelievable. Chamo’s mind-reading techniques are straight out of a movie and guests will be shocked by puzzling illusions and even a life-threatening Russian roulette.

“Alan Chamo’s performance is quite a thrill,” says Michel Hausmann, Artistic Director and Co-Founder of Miami New Drama, which manages the Colony Theatre. “You will be glued to the edge of  your seat and walk away wondering how it all happened. It’s a fun and exciting lead in to Colony Theatre’s new season.”

Colony Theatre is located in the heart of South Beach on Lincoln Road. It first opened on January 25, 1935 as an upscale Paramount Pictures movie house. In 2006, the building underwent a three-year, $6.5 million renovation to restore its original Art Deco grandeur and update its stage and technical equipment. Today, the theatre is a 417-seat state-of-the art venue proudly managed by Miami New Drama. MiND’s vision is to transform this gem into a world-class cultural institution. The Colony’s impressive Art Deco design makes it one of the last remaining original crown jewels of Miami Beach. The theatre hosts an exciting array of events including music, dance, film, comedy, and theater performances. As the managing theater company, Miami New Drama brings original and critically-acclaimed plays produced exclusively for the Colony. For more information, visit www.colonymb.org.

Housed at the historic Colony Theatre, Miami New Drama (MiND) is a producing and presenting organization committed to theatrical excellence and to telling stories designed for the intersections of Miami’s multicultural 21st-century audience. By sharing work where cultures, dialogue, and communities intersect, MiND serves audiences as diverse as the city itself.

MiND’s inaugural production, The Golem of Havana, was a popular success.  More than 6,500 people attended the musical production in an extended five-week run, breaking every record for past productions at the Colony Theatre and grossing over $250,000– more than any other theater show in Miami’s recent history. Its success inspired the City of Miami Beach to invite them to transform Colony Theatre into a vibrant cultural institution. Past productions include the American premiere of Ferdinand von Schirach’s Terror directed by Tony Award winner Gregory Mosher and the southern premiere of Por Piedad Teatro’s A Special Day.  For more information, visit www.miaminewdrama.org.

Next BERENIK CELEBRATES BOUTIQUE OPENING WITH SPONTANEOUS DANCING THROUGHOUT SOHO

FUNKSHION CELEBRATED ITS LATEST PLATFORM – THE FUTURE POWERED BY MINI 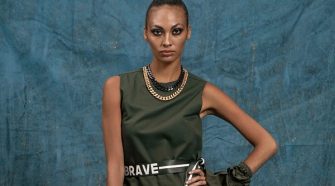