+ More personal and emotional than ever: His new album will be released on October 20th

+ Exclusive pre-listening of the single on kia.de/pvd

Palma de Mallorca, October 5th, 2017. Trance legend, star DJ and music producer Paul van Dyk returns with his eighth studio album. Today, he premieres his brand new single “I Am Alive” in Mallorca, before it will be released worldwide tomorrow. As part of the artist’s testimonial for the new Kia Stinger, the track is also the official soundtrack of the brand corporation with Kia Motors Germany and thus, can exclusively be pre-listened to on kia.de/pvd.

After the single releases of “Stronger Together” – a collaboration with emerging talent Pierre Pienaar – “Everyone Needs Love“ and “Touched By Heaven”, “I Am Alive” represents the fourth single of the upcoming album. Furthermore, the track is used in the brand campaign of the new flagship model Kia Stinger – a cooperation between Paul van Dyk and Kia Motors Germany, mediated by Sony Music Brands Live | Licensing in order to position the new sports car through music and emotional content.

Paul van Dyk on the joint project: “My single “I Am Alive” stands for vitality, energy and emotion. It perfectly emphasizes the elegant design, the high-end technology, the excellent sound and the sports character that the Kia Stinger has to offer. Thus, I am very excited about the partnership with Kia Motors Deutschland and Sony Music – a strong team that sets the right tone in the automotive and lifestyle sector.”

“From Then On” depicts the producer’s most personal record to date, partly because he came to terms with his tragic accident during a live show in February 2016 and the subsequent rehabilitation phase. He transmits these experiences into his new music and has thus created the trance sound of the future.

Paul Van Dyk – “From Then On” (Official Tracklisting)

In the following animated and futuristic short video, Paul presents the highlights of his new album:https://youtu.be/7wTV5AXChag

Pre-order the album “From Then On” now: apple.co/2fa0XE5

Further information on the artist and album: bit.ly/Kia_PvD

The Stories Behind Some Of My Favorite Looks 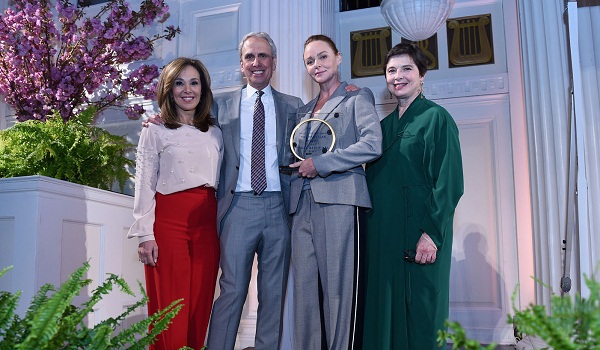