FOR HOLLYWOOD’S MOST CELEBRATED EVENT OF THE YEAR “Jimmy, Mike and Jennifer are truly an Oscar Dream Team,” said Boone Isaacs. “Mike and Jennifer produced a beautiful show that was visually stunning. And Jimmy proved, from his opening monologue all the way through a finale we could never have imagined, that he is one our finest hosts in Oscar history.”

“Hosting the Oscars was a highlight of my career and I am grateful to Cheryl, Dawn and the Academy for asking me to return to work with two of my favorite people, Mike De Luca and Jennifer Todd,” said Kimmel. “If you think we screwed up the ending this year, wait until you see what we have planned for the 90th anniversary show!”

“It’s not often you get two chances to have a once-in-a-lifetime experience and even more rare to be handed the keys to a party 90 years in the making,” said De Luca and Todd. “We always thought the idea that anything can happen on the Oscars was a cliché until we lived it.”

“Our Oscars team this year delivered a show that hit every high note,” said Academy CEO Dawn Hudson. “Jimmy brought back the essence and light touch of the greatest hosts of Oscars’ past. Mike and Jennifer’s love of movies is infectious and touched every aspect of the show. This is the perfect team to lead us into the ninth decade.”

“After just one year, we can’t imagine anyone else hosting The Oscars. Jimmy’s skillful command of the stage is invaluable on a night when anything can happen – and does,” said Channing Dungey, President, ABC Entertainment. “With Mike and Jennifer at the helm, we’re ready for another unforgettable show that will dazzle, delight and, most importantly, honor 90 years of Hollywood’s most prestigious award.” 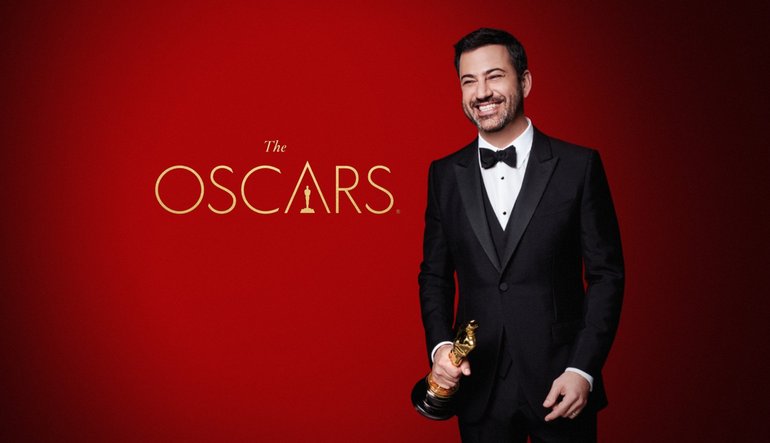 De Luca earned Best Picture Oscar nominations for producing “Captai” Phillips,” “Moneyball” and “The Social Network.” He is credited on more than 60 films, including the “Fifty Shades of Grey” trilogy, “Blow,” “Magnolia,” “American History X” and “Boogie Nights.” He is a former president of production at Columbia Pictures, DreamWorks and New Line Cinema.

Todd is currently president of Pearl Street Films, the production company founded by Ben Affleck and Matt Damon, where she produced “Live by Night” and executive produced last year’s “Jason Bourne.” Her other credits include such films as “Alice through the Looking Glass,” “Celeste and Jesse Forever,” “Alice in Wonderland,” “Across the Universe,” “Prime,” “Memento,” “Boiler Room” and the “Austin Powers” films. Todd earned an Emmy nomination for her work on the HBO television movie “If These Walls Could Talk 2.”

ABOUT THE ACADEMY
The Academy of Motion Picture Arts and Sciences is a global community of more than 7,000 of the most accomplished artists, filmmakers and executives working in film. In addition to celebrating and recognizing excellence in filmmaking through the Oscars, the Academy supports a wide range of initiatives to promote the art and science of the movies, including public programming, educational outreach and the upcoming Academy Museum of Motion Pictures, which is under construction in Los Angeles.

Next Funkshion – The Retreat Recap

AMERICAN INFLUENCER AWARDS TO BE HELD ON NOV 18TH IN LA

FlyNYON TAKES OFF FOR THE JOURNEY SHOW