The CW Network To Broadcast An Exclusive Two-night Television Special On October 7 and October 8 from 8:00 – 10:00 p.m. EST/PST

The iconic weekend-long concert event included the biggest names in music across all genres, on the main stage at the T-Mobile Arena in Las Vegas on the evenings of September 21 and September 22, and at the Daytime Stage at the iHeartRadio Music Festival on Saturday afternoon at the Las Vegas Festival Grounds, which featured performances by Logic, Dua Lipa, 5SOS, Lil Uzi Vert, Dustin Lynch, Bazzi, Belly, Bobby Bones and The Raging Idiots, Greta Van Fleet, Bad Bunny, Grandson, Leon Bridges, MAX, Badflower, The Vamps, Drax Project and FOX’s The Four: Battle For Stardom Season One Winner and iHeartMedia’s “On the Verge” artist Evvie.

Throughout a summer-long on-air and online promotion, hundreds of lucky winners from across the country were awarded exclusive VIP trips to the two-day concert event. For fans not in attendance, Elvis Duran hosted a live backstage broadcast featuring exclusive artist interviews and performances that aired across iHeartMedia radio stations throughout the country in more than 150 markets and on iHeartRadio. The CW Network exclusively live-streamed both nights of the festival via CWTV.com and The CW App and will broadcast a two-night television special on October 7 and October 8 from 8 p.m. – 10 p.m. EST/PST.

The iHeartRadio Music Festival was a dominant social media topic throughout the weekend. The official hashtag #iHeartFestival was a trending topic on Twitter in the U.S. and worldwide. The Daytime Stage official hashtag #iHeartDayStage also trended in the U.S. #iHeartFestival continues to trend with tweets and retweets from fans as well as artists and Festival presenters.

Highlights of the 2018 iHeartRadio Music Festival and the Daytime Stage:

On Friday night, Ryan Seacrest introduced a moving video montage produced with collaboration from iHeartMedia, 23andMe and Peace One Day – the non-profit that established an annual day of global ceasefire and non-violence on September 21, featuring iHeartRadio Music Festival performers Mariah Carey, Carrie Underwood, Kygo, Logic, 5 SOS, Belly as well as Sam Smith, Nick Jonas, Troye Sivan, Dinah Jane and more, who came together to share a powerful Peace Day message – written by American singer-songwriter, poet and record producer Mike Posner – urging others to make peace and put their differences aside. These diverse artists rallied together as one for Peace Day which corresponded with the opening night of the 2018 iHeartRadio Music Festival.

In the past eight years the Festival has helped raise $1.9 million for a number of national charities, including the American Association for Cancer Research, Ryan Seacrest Foundation, Corporate Angel Network, Augie’s Quest to Cure ALS, Lalela, Genesis Foundation, Community Foundation of NW Mississippi, City of Hope, Kristen Ann Carr Fund and many more. Additionally, the Festival plays host to a number of critically ill children and their families through its long-term partnership with the Make-a-Wish Foundation.

The iHeartRadio Music Festival, which debuted eight years ago in celebration of the launch of the iHeartRadio digital service, has quickly become one of the most talked-about music events of the year. The Festival is a live representation of the diverse musical experience that fans find and enjoy through the iHeartRadio app, iHeartMedia’s free all-in-one digital music, podcasting and live streaming radio service – with more than 1.7 billion app downloads and 120 million registered users.

Next Michael Kors acquires Versace with Donatella to Remain 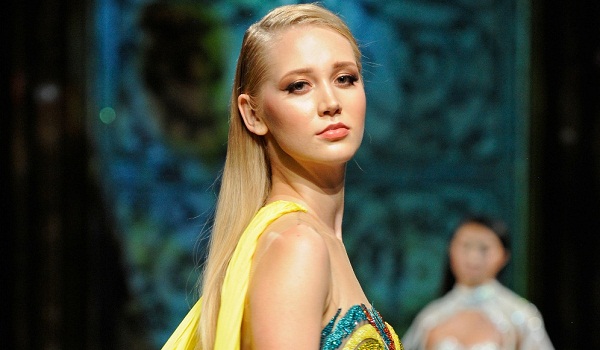