Los Angeles based accessory designer Deborah Sawaf made her “runway” debut of her collection Thalé Blanc – Statements.  This marked the designer’s first showing ever during NYFW and the first time her sportswear collection has been shown to the press at large.

Sawaf’s couturier touches which are synonymous with her Thalé Blanc handbag collection were evident throughout the collection of dresses, coats, tops, skirts, pants & vests.  Thoughtful detailing like quilted panels along with logo and verbiage printed taping provided sporty edginess that married flawlessly with higher end touches like the most luxurious fabrications in the market today and whimsical plays on proportion that are more commonly seen in the efforts of her avant garde European counterparts.

“With Thalé Blanc – Statements, I set out to give today’s modern woman, who is as likely to be a corporate executive or actor as she is to be a mother or philanthropist, a new version of what is quintessentially thought of as the ‘LA Look’,” says Deborah Sawaf, Creative Director of Thalé Blanc. “Think Hollywood meets music meets fashion… it’s a new LA-vibe… a basic with a serious twist that leaves people saying, ‘YOU look beautiful!’”

The collection also seized the moment to embrace the ‘see now buy now’ trend that has been gaining momentum of late.  Almost the entire collection is available online at ThaleBlanc.com either available immediately or as a pre-order with only a 5 week wait from order to delivery.  In the two years since Deborah Sawaf took over the company she founded about 8 years ago, where she now sits as CEO & Creative Director, she has been speaking to every detail of her company’s operation, from concept to final consumer.  Her move towards showing in season & considering numerous alternative methods of order fulfillment, as well as her decision to show in NYFW during the first ever all virtual show week, are clear indicators that there is a new life at Thalé Blanc and it emanates from the sketch pad of the creator herself.

On a final note, the collection’s label “Statements” was inspired by Deborah’s belief that “every woman is a statement by her very being & what better way to pay tribute to women than by having my collection be a part of my customers’ everyday personal statement.”

Why It’s Okay To Wear White After Labor Day 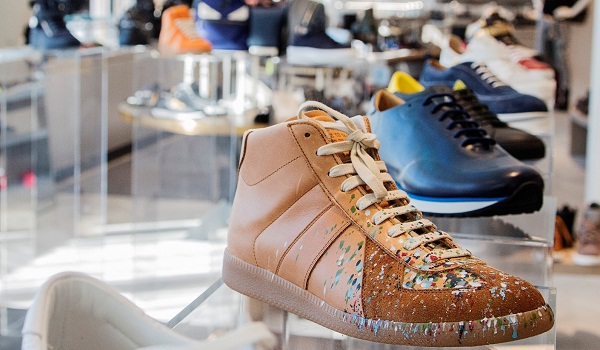