“We are truly pleased with this edition of Pitti Uomo”, says Raffaello Napoleone, CEO of Pitti Immagine, “however, for us the most important thing is the widely positive feedback we have received from the majority of exhibitors and top international stores and sales outlets regarding the organization, quality and stylistic variety of the collections, the correlation between supply and demand, and the special events.  With regard to buyer attendance, we are obviously very satisfied with the foreign participation which confirmed the very high levels recorded at the last winter edition (around 8,800) and, all in all, I think that the Italian results were good as well (-3.5% compared to January 2016), considering the seesawing moods, feelings and predictions for the future that our country has been experiencing for some time now: anyway, there is talk of 15,500 Italian buyers attending with all the most important people being present at the Fortezza da Basso.  Here at Pitti we work hard to transmit energy, optimism and ideas – and we are being fully repaid in kind: what more could we want?”

Whilst work is still in progress, the forecasts regarding the attendance figures indicate an overall total of around 24,300 buyers from more than one hundred countries. Having already mentioned the figure for Italy, looking at the international situation, Germany, Japan, UK, France, Spain, Netherlands, China and United States once again came out on top of the attendance table; the particularly comforting recovery by Russia counter balanced the robust drop in arrivals from Turkey; the main Eastern and Northern European markets (above all Sweden and Denmark, affluent and sophisticated markets for tailoring and experimental fashion) confirmed their ongoing growth; new destinations such as Canada, Israel and South Africa did very well; there were defections from countries like Ireland, India, Mexico and United Arab Emirates; the Southeast Asia area in general, featuring strategic countries like South Korea, Hong Kong, Taiwan and Singapore, remained basically stable.  Reinforcing the positive tone of the fair were the rich and multifaceted calendar of special events (PS by Paul Smith, Golden Goose Deluxe Brand, the tribute to Ciro Paone, Tim Coppens, Cottweiller for Reebok) and the initiatives aimed at promoting and valorizing emerging brands, young designers and third millennial artisans: the My Factory, Make, Unconventional and Open sections, together with the Latest Fashion Buzz special project organized by Mini, the fashion shows by the Pitti Italics (Sansovino 6, Lucio Vanotti and Carlo Volpi) and the events held by young Korean and Japanese designers. 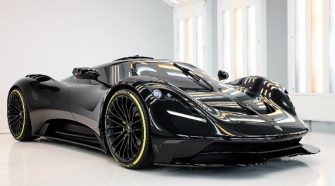