Style Fashion Week will be making the move to the Intrepid Sea, Air & Space Museum to host its Fashion Week Events this season in New York City, September 7th, 8th and 9th. The international Fashion Week producer has previously hosted its Fashion Week events in other iconic locations such as Madison Square Garden, Hammerstein Ballroom, and Gotham Hall.

The highly produced shows of Style Fashion Week have been touted as the ‘Must Attend’ events at Fashion Week.  With consistent media impressions averaging several billion per season as well as the sold out and celebrity presence at each event. This season, after the venue just being publicly announced, has already garnered an unprecedented media attention and is clearly going to create the New York Fashion Week experience for both industry and consumers that the world has been missing for quite some time. Designers are also enabled to sell their products to industry and consumers directly off the runway through an app that Style Fashion week has developed. The roster of designers showing this season is truly inspired and speaks to the current attitudes and trends that are prevalent in the womens, mens, and kids fashion industries.  International sensations MALAN BRETON, DAVID TUPAZ, RICHARD HALLMARQ and MARCO MARCO and many more support our international industry initiatives.  Style Fashion Week presents designers from the United States, Asia, Mexico, Europe and other foreign creative cultures, the roster of talent is unsurpassed and it is our honor as a platform for exposure, to present their newest collections exclusively to the world stage.

Other designers shows on the runway include:
IONICA,  JESSIE ZHAO,  PEYMAN UMAY,  GREGORIO SANCHEZ, MERIEM BELKHAYAT,  ROMEO HUNTE,  ADRIANA SAHAR,  EDDIE EDDIE BY BILLY TOMMY,  LORD BURCHEN,  ADRIAN ALICEA,  GRACE MOON,  HONEE, JANELLE FUNARI, KK SWIMWEAR, YDAMYS SIMO,   LINDA GAIL,  ELENA COLLECTION, PIU PIU AMORE, JANAY DEANN DESIGNS & MICHELLE ANN
​
Sourcing of the world most talented, designers, artists and creatives is one of the missions of Style Fashion Week.  Style Fashion Week has a global presence that supports the seasoned as well as the emerging designer and artist and, to that end, creating a creative collaborative this industry has never seen. As an addendum to our already successful fashion week event productions in so many markets, Style Fashion Week is finalizing plans to create artist collaborative communes in the United States and Internationally for the purpose of further reaching out to and supporting the creative vision of those who may not otherwise have such an opportunity to grow in their craft.

We invite you to join us September 7th, 8th and 9th from noon to 10pm.  The entire event will be fully hydrated by BLK Water who offers an edgy, exotic drink experience both on and off the runway and completely nourished by The MARKET @ Mercedes House.  Christo Curlisto and their artistic teams will provide both hair and makeup for our incredible designers and guests, and the Rosé will be flowing with the ever popular Notorious Pink Rosé.

Style Fashion Week on board the Intrepid Sea, Air & Space Museum is a landmark series of events that promise to inspire and create a spirit of all encompassing creativity and forward motion in brand development for all involved. This trifecta of fashion art and music is designed to cater to both consumers and industry professionals and, most surely, will set the stage for a grand, interactive and dynamic experience.

Style Fashion Week is the premier producer of Fashion Week events in many markets including New York, Los Angeles, Palm Springs, Miami, Hamptons, and Dubai with many new markets launching internationally in 2018.

Get Ready For NYFW With Kim Petras 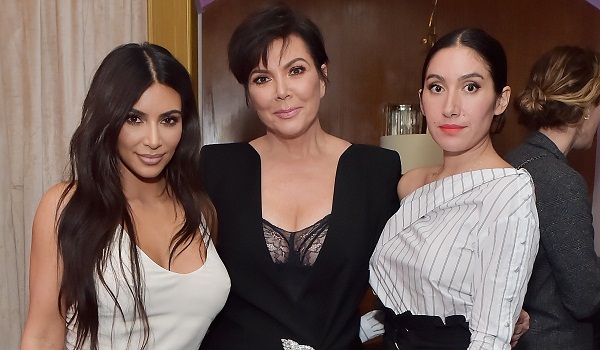 LORRAINE SCHWARTZ LAUNCHED A NEW ADDITION TO HER SIGNATURE COLLECTION