Rookie Reveal Week is in full swing! We’ve welcomed four new girls to the SI Swimsuit family in the past three days, and this year’s Rookie of the Year contest (voting begins Friday) promises to be a close one. Especially with the addition of today’s babe, Bianca Balti. 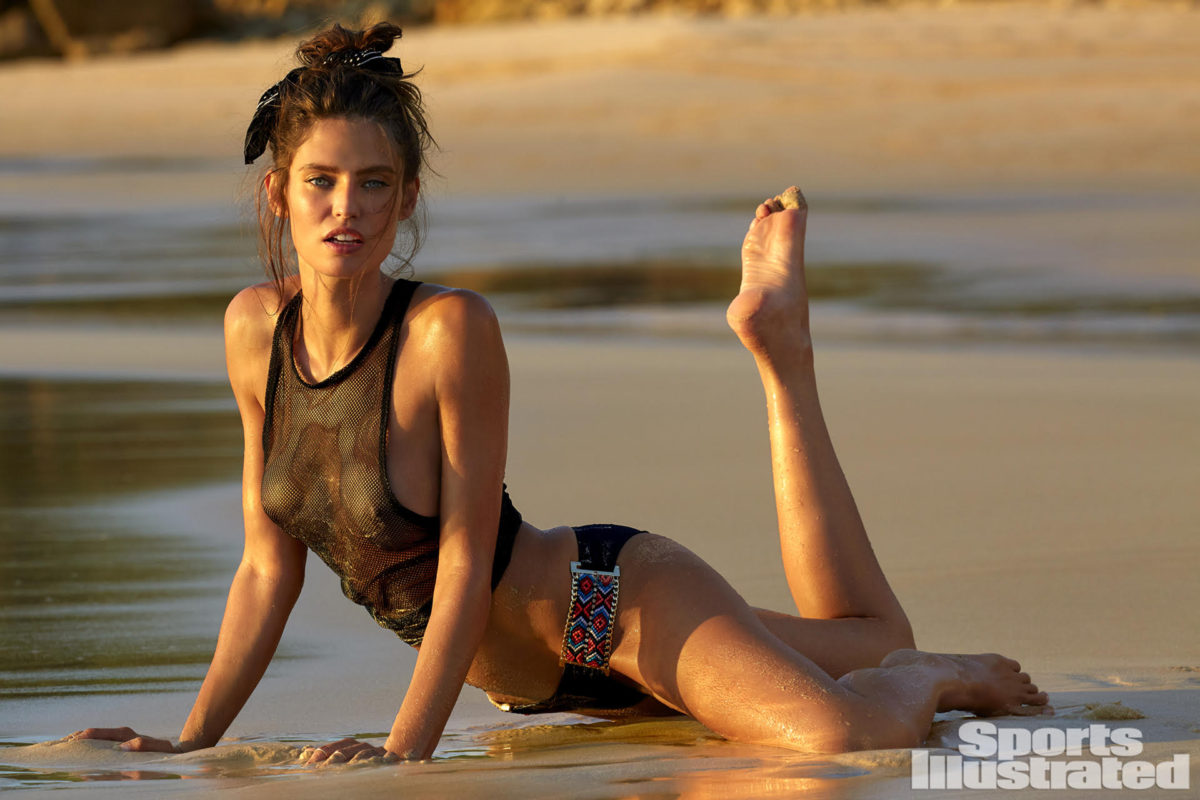 Bianca got her start with modeling while in university, where she was studying web and graphic design, but her schoolwork didn’t hold her attention for long. “I was very naughty,” Bianca told SI. “That’s the reason I didn’t go very much to the university, because I was partying with my friends more than going to the university.  When I found this job [as a model], my mom was so relieved.” Bianca has since settled down, moving to the suburbs of California, which remind her of her hometown of Lodi, Italy and allow her to enjoy a slower pace of life. “Now I just have a new perspective on life,” she said. “No, I’m not naughty anymore, but I’m still crazy!”

For a chance to meet Bianca in person, come to the VIBES by Sports Illustrated Swimsuit festival in Houston. The two-day event at Post HTX kicks off on Feb. 17 with a food festival featuring favorites from top national and regional chefs along with a performance by R&B sensation Miguel. The fun continues on Saturday with a lineup of local Houston musicians and a headlining performance by Grammy Award-winning producer and DJ Diplo. BUY YOUR TICKETS NOW!

Before heading to Houston to meet Bianca in person, here are five fun facts you might not know about the Italian goddess.

1. She really, really loves California. Seriously, she told her husband she married him just to move to the Golden State.

2. Though she’s a Swimsuit model now, she never liked swimming when she was younger. “My mom forced to do swimming and ballet,” Bianca told SI. “I didn’t like them. Swimming was very cold. Ballet, I had a super strict teacher. She hated me because I was always very naughty.”

It's a wrap of beautiful day ☀️

3. She has four tattoos … and she wants more!

She has an M on her left ring finger that stands for “mama,” her husband, Matthew, and her daughters Matilde and Mia. She also has the word “cat” on her left arm, a toy soldier on her right arm and Pope Francis’s name under her breast because he is “almost like the hippie saint,” she said.

4. She is very interested in social issues, and isn’t afraid to speak up about things that matter to her.

“I would get so angry in politics, so involved in social matters.  At some point somebody told me being angry too much, that was wasting my life,” Bianca said. “It’s good to mind about things, but not to give it too much weight, because there are some things you cannot change….I always say what I think. …I’m not brave — I just have no filter.”

5. She loves being a mom — when she was young she wasn’t sure what she wanted to do for a living, but she was sure she wanted to have kids.

“I just want to have a lot of kids. I don’t have a lot of interests besides cooking and making kids,” Bianca said. “At least four, but not in a hurry. I don’t want to be overworked. When they start to get their independence I will make another. I’m 32 and I just got in Sports Illustrated!”

Next The Latest from New York Fashion Week Men's

A Swan Among Ducks, Sipsmith Wimbledon Smash by Sunny Fraser