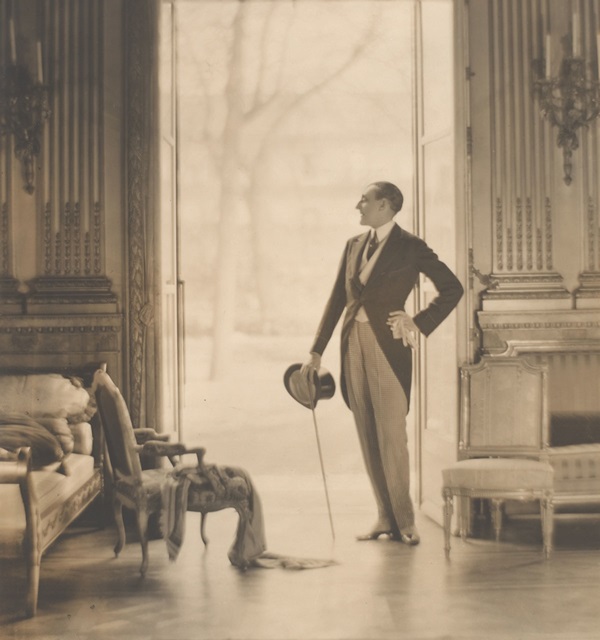 A member of the “international set” in fin-de-siècle Europe, Baron Adolf de Meyer (1868–1946) was also a pioneering art, portrait, and fashion photographer, known for creating images that transformed reality into a beautiful fantasy. The “quicksilver brilliance” that characterized de Meyer’s art led fellow photographer Cecil Beaton to dub him the “Debussy of the Camera.” Opening December 4 at The Metropolitan Museum of Art, Quicksilver Brilliance: Adolf de Meyer Photographs will be the first museum exhibition devoted to the artist in more than 20 years and the first ever at The Met. Some 40 works, drawn entirely from The Met collection, will reveal the impressive breadth of his career.

The exhibition will include dazzling portraits of well-known figures of his time: the American socialite Rita de Acosta Lydig; art patron and designer Count Étienne de Beaumont; aristocrat and society hostess Lady Ottoline Morrell; and celebrated entertainer Josephine Baker, among others. A highlight of the presentation will be an exceptional book—one of only seven known copies—documenting Nijinsky’s scandalous 1912 ballet L’Après-Midi d’un Faune. This rare album represents de Meyer’s great success in capturing the choreography of dance, a breakthrough in the history of photography. Also on view will be the artist’s early snapshots made in Japan, experiments with color processes, and inventive fashion photographs.

Born in Paris and educated in Germany, de Meyer was of obscure aristocratic German-Jewish and Scottish ancestry. He and his wife, Olga Caracciolo, goddaughter of Edward VII, were at the center of London’s café society.

After starting in photography as an amateur, de Meyer gained recognition as a leading figure of Pictorialism and a member of the photographic society known as the Linked Ring Brotherhood in London. Alfred Stieglitz exhibited de Meyer’s work in his Little Galleries of the Photo-Secession and published his images as photogravures in his influential journal Camera Work. At the outbreak of World War I, de Meyer settled in the United States and applied his distinctive vision to fashion as the first staff photographer at Vogue and Vanity Fair, and later at Harper’s Bazaar, helping to define the genre during the interwar period.

The exhibition was organized by Beth Saunders, Assistant Curator in The Met’s Department of Photographs.