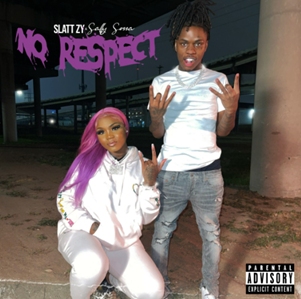 Tennessee rapper Slatt Zy returns today with the fiery new single and video “No Respect” featuring Sally Sossa, out now via Capitol Records. Listen HERE and watch HERE. Together, the MCs — two of the hottest young rappers working — share moments in their careers when they have been misjudged and overlooked. Instead of succumbing to those slights, however, both artists grew stronger, making “No Respect” an anthem for underdogs and outsiders. In the Trill Art directed video, Slatt Zy and Sally Sossa show how they’re the next generation of hip-hop.

Slatt Zy kicks things off with an intoxicating flow, spitting with a blend of speed and precision over morose piano chords and triplet hi-hats. “Take off his top… there ain’t no rules,” he raps. “I’m a street n***a, bitch, I don’t go to school.” As always, Zy celebrates his origins and warns anyone careless enough to cross him.

For her verse, Sally Sossa details internal struggles and insecurities. “I’m going crazy, I’m out of my mind,” the rising Houston artist raps. “I was stuck in the dark but I’m destined to shine.” Together, the duo combats the internal and external forces that can get in the way of self-confidence and success.

“No Respect” is primed to be another hit for Zy, who turned heads throughout 2021 and 2022 with moving songs like “Feel It in My Soul.” Meanwhile the reflective “Lean On” has amassed more than 1.7 million video views, while “Don’t You Fold” has crossed the million mark too. Both tracks showcase the newcomer’s versatility as he details his deepest lows and celebrates his unlikeliest triumphs, continuing the unfiltered approach that began in 2020 with Zy Story and East Lake Projects.

With critical acclaim from Lyrical Lemonade, EARMILK, HotNewHipHop, FLOOD Magazine and more, Zy has established a reputation as one of the most thought-provoking MCs in the game. Song by song, he’s telling the story of a world that’s difficult to face, and even harder to look away from. With “No Respect,” Zy enlists Sally Sossa to help tell his story with remarkable results — proving yet again that doubters will be on the wrong side of history. 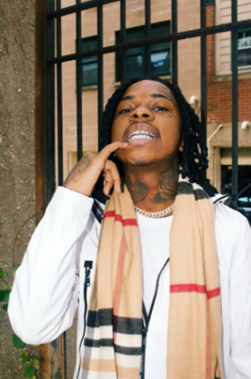 Next Amelia Moore 'teaching a robot to love' EP OUT NOW!

How Different Accessories Can Transform Your Look 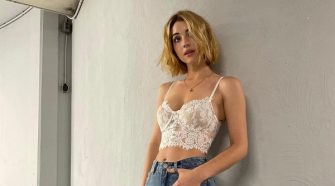