New York, Paris, Berlin, São Paulo, Moscow and now Miami are examples of the latest cities in the Remote X series, a collection of interactive, pedestrian-based live art play experiences hosted across the world. This is a truly revolutionary take on home-based tourism. Remote Miami, presented by Rimini Protokoll (Kaegi/Karrenbauer) and Questalive Productions, takes participants on a guided city expedition via headphones from an artificially intelligent (AI) source and synthetic voice that directs movement while observing from a distant remote location. It combines the elements of theatre, performance, guided tour, computer games and quest.

There are no chairs to sit in as the participant takes full part in the action. The events happen in real time where the city streets provide the set design while people passing by become the actors and the surrounding reality provides props. The performance is a fun and exhilarating game as well as an intriguing mental exercise. Participants in the show, together with their computerized interlocutor, explore the city in stereo format discovering individuality, mortality, memory and the invasion of our mental geography by technology.

The show begins with the artificial intelligence voice Heather stating, “I am a computer generated voice. I normally help blind people reading news and emails. I don’t have a body. I don’t have a soul. I have no eyes, but I know where you are. I can do bad things to people without feeling guilty. Ha ha ha. Don’t worry. I will try to be your friend.” This statement intrigues participants while giving them a feeling of suspense as they begin to trust the unknown. Heather truly knows how to grasp the participants’ attention while surrounded by tombstones.

The two-hour Miami experience begins in the city’s oldest cemetery located at 1800 NE Ave., and finishes in a surprise Downtown Miami location area. “This experience will change you. Actually, it does: in a compelling and disarming way,” stated Radio France, one of France’s larger public radio consortiums. With groups of up to 50, the participants are immersed into another world surrounded by the soundscapes produced within the city. The headphones and verbal AI directions allow participants to gain a different perspective of the city as well as question their existence versus artificial intelligence reality.

Remote X was created by production company, Rimini Protokoll. “It’s a kind of invisible architecture. We’re setting up a precise geographical structure, like a tunnel through the city that nobody sees.” Stefan Kaegi, Co-Founder of Rimini Protokoll. The company was founded in Germany by award-winning playwrights and stage directors Helgard Haug, Stefan Kaegi, and Daniel Wetzel. The Remote X series is hosted in cities around the world and was most recently introduced to Miami by Questalive Productions.

Shows run on a weekly schedule taking place every Saturday at 4 p.m. beginning Saturday, May 14 through Sunday, June 26. General admission tickets are $32 and student tickets are $22 (valid Student I.D. must be shown at event on-site registration). Participants are encouraged to interact on social pages including Facebook (@RemoteMiami), Instagram (@RemoteMiami) and Twitter (@RemoteMiami) using the hashtags #RemoteMiami #AItakeover

Previous Our Day at "Your Wedding Experience" Presented by David Tutera 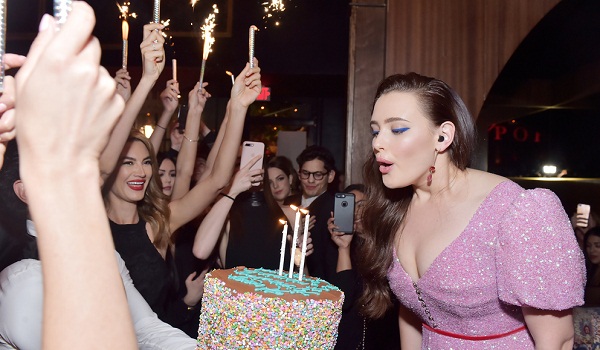