Thursday March 21 at 2pm local time, artist Domingo Zapata returned to the Vatican along with his friend, Mr. Brainwash to join Pope Francis in painting a canvas Zapata had started with the word “immigrant.”

It was announced during their creative session that Zapata had been named an ambassador for the Pontifical Scholas Occurrentes Foundation, an organization founded by His Holiness that raises awareness of the importance of art in education.

This is the second time Zapata has painted with Pope Francis, the first time being in May 2018. The work they created then was sold at auction for half a million dollars. This new immigration-themed piece will also be sold at an auction to benefit the foundation at a date that is yet to be determined.

Of the chosen theme, Zapata noted, “I’m a citizen of the world and a constant immigrant, and I come from a humble background. The subject of immigration, therefore, is important to me, especially in an age where people want to build walls between countries. I disagree with this thinking. I want to raise the issue and make a point out of it.”

Domingo Zapata is a Spanish-American artist born in Palma de Mallorca, Spain. Currently, Zapata maintains studios in his Gramercy Park townhouse in New York City, the Design District in Miami, and Hollywood. In these private ateliers, he produces Neo-Expressionist paintings, as well as sculptures. He paints in both oil and acrylic, often incorporating mixed media, collage, and graffiti.

For over 20 years, Zapata has built a body of work, which varies significantly in motif, though consistently explores themes of sexuality, opulence, and vitality in his signature style. In this distinctive hand, Zapata layers fantasy and reality, luring the viewer into his potent, cosmically beautiful world. Known for his signature “Polo” series, which first gained him critical acclaim, more recent work focuses on themes including his native Spanish culture, American Pop icons, and the state of the contemporary practice.

He often draws on his experiences as a songwriter (Zapata co-wrote lyrics for Michael Jackson and Jon Secada), and exposes his deeply poetic imagination by incorporating text and visual cues into many of his works. In this way, his images coax the viewer into his realm where fact and fiction persist simultaneously fortifying each other’s beauty, depth, and meaning. Named an “artist to watch,” in 2011 by the prestigious Whitewall Magazine, Zapata has quickly fulfilled this prophecy.

Since, his work has earned praise from international press such as The New York Times (cover story, Thursday Styles, April 25, 2013), Esquire Spain, Vanity Fair Italia, and the New York Observer. Recently, New York magazine deemed him “in a league of his own,” while the New York Post proclaimed Zapata to be the “new Andy Warhol, with starlets begging for a sitting.”

The artist has also prepared a poignant, commemorative mural for the lobby of Freedom Tower in Manhattan. The piece was unveiled as part of the building’s opening ceremony and remains on permanent display. Additional commissions include a panel for the newly restored Colosseum in Rome as well as the lobby of the landmark Plaza Hotel in New York. 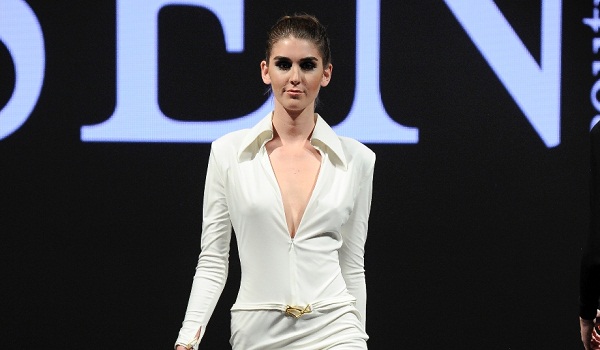