The first days in February will be a Super Bowl weekend you will not forget, and the kickoff starts with the fine cuisine from Party with a Purpose® by Taste of the NFL straight from the Diplomat Beach Resort in Hollywood, Florida.

Party with a Purpose® is a premier fundraising event that will host 32 plus food stations featuring a chef representing a city from each team in the NFL alongside a current or alumni NFL player. Fans will get to sample signature dishes and fine wines while mingling with NFL players and celebrity chefs. Cameras and phones are welcomed, and attendees are encouraged to get autographs and take selfies.

Wayne Kostroski founded the non-profit organization in 1992 while serving on the restaurant committee for the Super Bowl XXVI task force. He created the first event for Taste of the NFL, naming it a “Party With a Purpose.” Since then the Taste of the NFL raises money and awareness for hunger relief and has supported food banks across America with donations exceeding $26 million dollars and so far served over 220 million meals for those in need.

From founder Wayne Kostroski: “The Taste of the NFL team is truly excited to return to South Florida with the premier event of Super Bowl weekend, the Party With a Purpose.  This year’s lineup of chefs, players, celebs and entertainment is one of the best ever. And, given all the party and events happening that week, this is THE one event that all the net proceeds will again benefit food banks across the country, as well as Feeding South Florida. Food, fun, football, and music… all to benefit families in need.  Be there!”

Party with a Purpose® After Party will include musical performances by:

Derrick Wright: a top musical director and drummer in the entertainment industry who has worked with some of the world’s most notable singer/songwriters such as Janet Jackson, Adele, Alicia Keys, Toni Braxton, and Marc Anthony, among others. Joining Wright is a group of the best, most in-demand recording and touring musicians and vocalists in the biz including:

Amanda Brown: During her appearance on The Voice, Brown hit the top ten on the iTunes charts and appeared on the Billboard Hot 100 and Billboard Digital Songs with her singles of “Dream On”, “Stars” and “Someone like You”. Amanda has provided backup vocals for award-winning artists as Adele, Taylor Swift, The Killers, Justin Timberlake, Lenny Kravitz, Gwen Stefani, Jennifer Hudson.

Ali Caldwell: Caldwell is currently on tour – as a feature as well as supporting vocalist – with Christina Aguilera’s Vegas Residency, “The Xperience.” She has performed on Fox’s The Four: Season 2(hosted by P. Diddy, DJ Khaled and Meghan Trainor) and Season 11 of NBC’s The Voicewhere she garnered an impressive 4 chair turn in her audition.

Cheryl Pepsii Riley: the R&B singer touched the hearts of single mothers worldwide with her 1988 ballad “Thanks for My Child.” The song topped the Billboard R&B Songs chart and was a Top 40 hit on the Hot 100 chart. Riley has also starred in Tyler Perry’s Madea’s Class Reunionand Why Did I Get Married?

Guy Lockard: Guy Lockard is a singer-songwriter from Washington, DC. Guy found his legs in entertainment during his adolescence, when he landed his first major role as a Squad member on BET’s hit show, Teen Summit. He was a featured vocalist in the Trans-Siberian Orchestra 2010 Winter tour, and loves to pair his jazzy, soulful voice with dance and rock music. Guy has also guest starred on several television shows such as Law & Order, Law & Order: SVU, and Gossip Girl.

Al Carty: Al “Boogie” Carty is a bassist, composer, musical director and creative collaborator who works with some of the top names in the music business across different genres. The Bronx native toured with Matchbox 20 front man Rob Thomas and served as bassist and musical director to Alicia Keys for her “Set the World on Fire” world tour. Carty’s performance and recording credits also include Ed Sheeran, Christina Aguilera, David Guetta, Queen Latifah, and many others.

Peter Wise: Peter Wise is a singer, songwriter, guitarist and producer based out of Brooklyn. He began playing classical guitar at age five, and classical piano at age six. NYU afforded him the opportunity to study under award winning songwriter Phil Galdston (“Save The Best For Last”), and to be mentored by the late Glenn Frey, Roseanne Cash, and Barry Eastmond. Wise has continued his ascent as a singer and songwriter, marrying the early 70’s folk lyricism which first influenced him to write with the harmonies of jazz and the grooves of hip hop and R&B.

Can’t attend the annual party?  You can still help!

​Kick Hunger Challenge is a year round way to help your favorite NFL team raise the most money in the challenge.  Donate Now!

Next How to Dress Well in the Winter 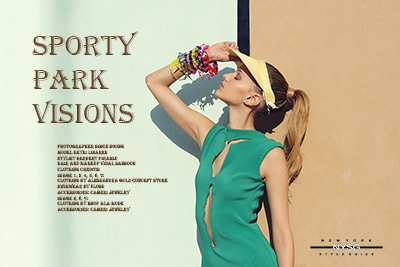