Though many make the claim and certainly more aspire to it – rare are designers as viscerally attuned to their demographic as Parke & Ronen. For two decades, the brand has been supplying form flattering swim, underwear, and sporty menswear to the style savvy metropolitan male. That enviable feat was commemorated by the Spring Summer 2018 20th anniversary collection, showing exciting new pieces alongside fresh reinterpretations of some of the line’s seminal looks and taking everyone on a stylish and soothing high country getaway. Inspired by the folksy reverie of singer John Denver, the collection is a brisk hike through woody terrain (pun entirely intended) and across pristine lakes with wide open skies expressed as travel wear essentials. The brand’s signature swimwear serves as the foundation for an expansive array of casual sportswear including tanks and high neck T’s, light cabana shirts and casual pants, all rendered in an effervescent cavalcade of crimson, sunflower, sky blue, and sage.

So entrenched is Parke & Ronen’s unapologetically sexy male image that few are aware its flagship store in Chelsea (176 Ninth Avenue) once carried women’s dresses.  It was in 1993 when the fates of Ronen Jehezkel and Parke Lutter collided, auspiciously enough, at the legendary club Sound Factory. Their initial joint lifestyle collections quickly earned raves, making fans of Julianne Moore and Meryl Streep and prompting Barneys New York to place orders. But the men’s garments elicited the most insistent clamoring and would ultimately define the brand. At the time, club going and living in this neighborhood practically mandated a gym membership. The workout toned masculine ideal informed the brand’s core visual aesthetic and the structural composition of its collections. Shirts have snug, narrow cuts with high armholes to favor the pecs and biceps; while trousers feature tapered legs with lower rises and flattering seats.

The consequent introductions of the swimwear (1999) and underwear (2015) lines were all but inevitable. Once more taking their cue from the very discerning requirements of their market, Parke & Ronen eschewed unsightly baggy board shorts for sleekly tailored four-inch swim shorts and two-inch swimsuits, effectively pioneering the men’s swimwear category. For the underwear, they were equally determined to get it right with a precise blend of cotton and lycra for superior cling and memory.  Twenty years later, Parke & Ronen is still the travel destination on everyone’s itinerary.

Next New York Fashion Week Men's: To Be Thrill by Edison Lu 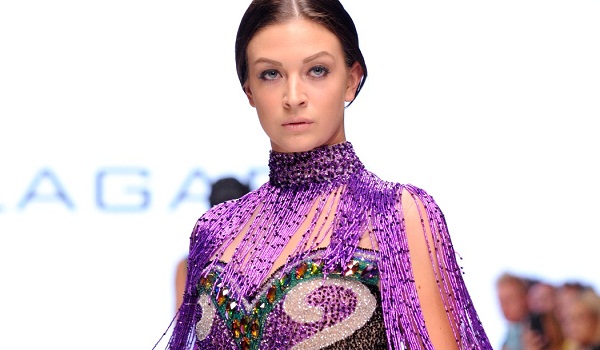