Official Rebrand’s “WHAT IS A MAN”

This New York Fashion Week, Official Rebrand’s latest collection and CFDA debut lands at New York Men’s Day. As a non-binary designer, with a predominantly gender non-conforming cast, MI Leggett’s collection brings gender-fluidity to the NYFW conversation in an intensely personal way. Set to a visceral soundtrack by Sessa Tate, the collection WHAT IS A MAN explores and expands traditional menswear through the view that the concept and category “man” is fundamentally unstable.

Grounded in the celebrations and struggles of gender queerness as well as the designer’s observations of and experiences with the social ills wrought by normative gender expectations, WHAT IS A MAN challenges the position of masculinity as a specific ideal to which one must aspire, or a hegemonic force to which one must succumb, based upon assigned gender and sex at birth. The collection proposes a masculinity that is a fluid and porous mode of self-expression.

Official Rebrand garments are created exclusively from upcycled materials and therefore reject the patriarchal treatment of the Earth’s natural abundance as resources to be extracted for profit, and aims to instead express fluidity through nonviolent material transformation.

Official Rebrand (OR?!) revives discarded clothing, breathing new life into what was once considered waste. Through painting and other alterations, artist MI Leggett’s “rebranding” process proposes a sustainable alternative to the competitive consumption encouraged by industrial and social norms. OR?!’s transformative process also celebrates the fluidity of identity, dissociating garments from gendered categories and reintroducing them without arbitrary social constraints.

Next 3 Ways to Look Your Best While on Vacation 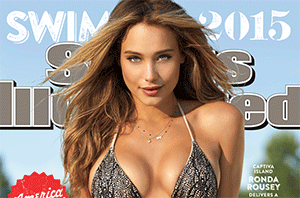