New York Style Guide is always on the lookout for emerging artists and people with a big vision, so we were really excited to bring you the interview with Neo-Soul & R-n-B artist, Jason Ivy as he prepares for the launch of his new untitled album. His ultra smooth sound has often been compared to music greats like Majid Jordan, Sade, Prince, and Chaka Khan.  However, his music goes further to provide a message and purpose.

An accomplished graduate of the University of Pennsylvania (at the age of 16, he received a scholarship to UPenn where he majored in Cognitive Neuroscience with a minor in Linguistics), Jason uses his training and early life experience to help underserved communities and ex-cons that are trying to reintegrate into society. Jason has a strong sense that his music can be a platform to help give people hope and find their second chance no matter how tough the circumstances. As we sat with Jason, we talked about his music, academia, and how forgiveness and fashion meet.

What inspired you to move into music rather than what you studied in college?

— I feel a sense of urgency when it comes to music, something that calls me to create right now. Unlike the academic world, these ideas and concepts come and go, and it almost seems like I am at the mercy of my musical self, to write a song down or produce an instrumental when creativity strikes. Because it hits hard. Neuroscience and Linguistics, albeit just as competitive as music, will always be there. In fact, I use my education nearly everyday when talking to new people, whether it be unconsciously analyzing and reforming my approach to a conversation based on things I noticed, or speaking one of the many languages I studied to a stranger / soon to be acquaintance.

How would you describe your music and style?

— I would like to think my musical style is unique, or at least a fresh take on a blend of old sounds. My favorite genres to listen to are RnB, Neo-Soul, Lofi Hip Hop, and Alternative Rock, which doubtless influences my overall sound. My listeners have an easier time categorizing and comparing me than I do because I usually create in isolation. So I’d task with listening to a few songs and telling me your take.

What was the trajectory to getting to this point in your music career/style?

— I have been a self-starter and entrepreneur in the Chicago music scene for the last two years since returning home from college at the University of Pennsylvania. Before and during college, my love for music manifested itself in many forms, from touring in a gospel choir, performing in an a Capella group, and singing solo, to writing songs, rapping, producing, and playing the drums.

In the same year that I walked across the stage, I wasted no time by jumping right into the studio! I released Higher in November of 2018, and then Pyre a couple weeks after that. I kept up the momentum and I released my first EP, CØMPLIMENTS, on my mom’s birthday! Upon release, it earned Top 10 R&B album on both amazon and iTunes, and now I am nearing about half million cross-platform streams.

What inspired/inspires the themes of your music?

— I like to offer a unique perspective that the rest of the current industry is missing. I like to tactfully approach the topics I want to discuss, so that listeners enjoy what I’m saying — both lyric-wise and sonically. For example, having experienced life on the Southside of Chicago, as well as the endless opportunities of academia, I have seen both sides of the socioeconomic divide called privilege. I want to show people on both sides, different versions of success, and to ultimately use this perspective to bridge the gap between these worlds.

How do you see yourself evolving in the next few years?

— Until I can find a way to restore the voice of those who have been so routinely marginalized that they’ve had their voices removed, I want to use my platform to be that voice. Additionally, I want to move my art beyond the world of music, to be a part of the greater art atmosphere as a whole. I want to be greater than I was and more than I am now, and that is a perspective I want to preserve for my entire lifetime.

Are there specific projects that are in the works?

— Definitely! I have two 10 song albums in the works, both with completely different feels to them — one fueled by live guitar similar to the vibes in Hate,” the other driven by synth strings and chords similar to “Higher.” At the moment, neither have titles, but I’m equally excited for both!!

The merch for your next event look great. What inspired the t-shirt design?

— Thank you! In two words: minimalism and quality. I wanted a design that wasn’t too busy so you can focus on the details that are present, and a feel that wouldn’t fade after a few wears. It’s sort of like my music: I don’t like to do too much — minimal processing, minimal dramatics, so you won’t ever get tired of listening. There are only two things on the shirt, my name and logo. 🙂

Is there significance in your fashion (Forgive everyone t-shirt)?

— The idea behind is to be less judgmental and more forgiving of those who have done wrong in our society — namely formerly or currently incarcerated individuals — because they have served their time and made amends. No one person is wholly defined by their past, what one does now and will do in the future is just as important, if not more. Putting this airy aspect of the narrative in front of the general public allows for people to form their own opinions on it, rather than reciting the harsh tag lines that are so archetypal of those in the legal and penal realm.

Essentially, this fashion line is a call to action to examine this concept through a reconciliatory lens and forgive them, just as you would forgive everyone.

Listen to Jason Ivy on Spotify.com/thejasonivy

Next JACQUELINE THEN RUNWAY Show at Miami Fashion Week

Mary is a film/event producer and owns GoLucky Studios, a creative agency in Chicago.

RoundGlass Unveils its Music for Wellbeing 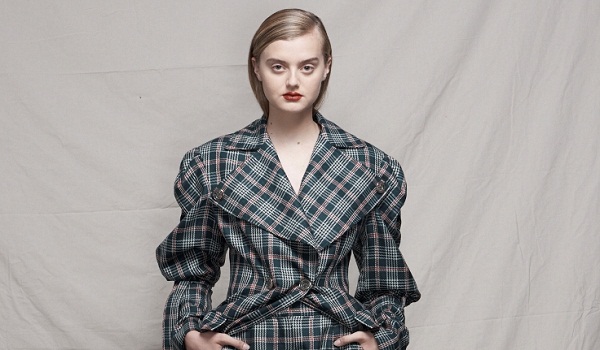