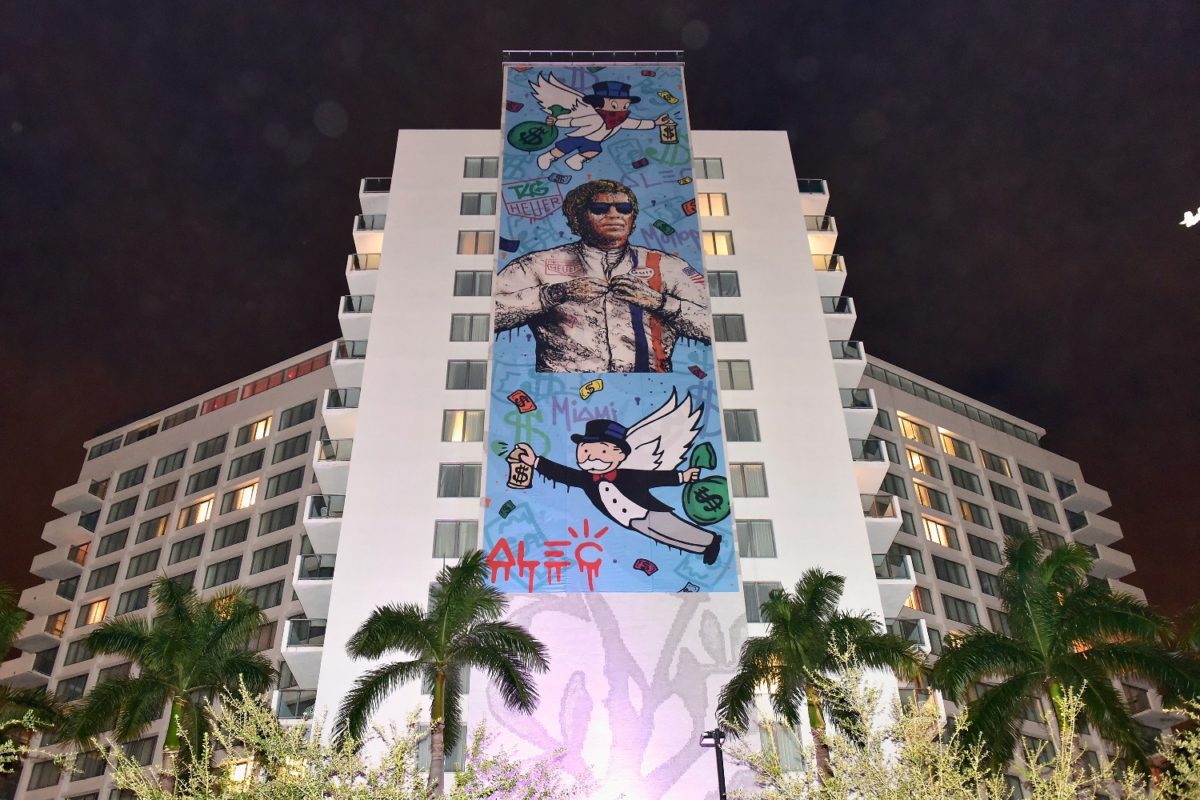 Alec Monopoly is now TAG Heuer’s Art Provocateur
A whole new world is opening up to Alec Monopoly.
For the Swiss watch brand, this appointment will entail involvement at every level of the company’s artistic creation: products, events, marketing, communication.
His creative and unconventional influence should pave the way to new areas of expression and ingenuity.

Sporting a hat, with his face always hidden behind a bandana to preserve his anonymity; but what is he famous for? Well, Alec Monopoly owes his fame to the character who shares his name. Mr. Monopoly, the diminutive and debonair banker that the artist depicts in different scenarios.

“When I started  out, I did my graffiti in New York. The city was a huge source of inspiration”.  In 2008, he quit the Big Apple for California. This was the year that the financial markets crashed. The  subprime crisis, Wall Street, Bernard Madoff… The finance world experienced its darkest days. And this found its echo in Alec’s work. His career took off.  “This was my way of making a statement about what was happening.”  His work started to gain an online following amongst street art aficionados. People started to call him Alec Monopoly.

Since then, he has depicted the little banker in every conceivable situation… His rich, colorful works using this character  –  known throughout the world  –  are filled with humour. In the meantime, Alec Monopoly has turned his focus towards recontextualising other icons of popular culture. Scrooge McDuck, Richie Rich… Today, Alec’s signature is worth a lot. Numerous American stars, such as Seth Rogan, Adrien Brody and Robert De Niro, have bought his works. 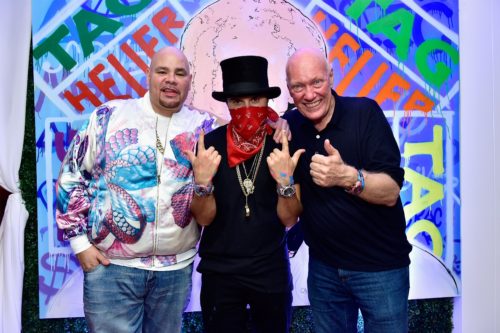 “Street painting remains my true passion”: Jean-Claude Biver took him at his word.

With success, his relationship with painting has changed. “I was crazy when I was young. I graffitied trains, buildings…” Has time tamed Mr. Monopoly? Not really. “I am still a graffiti addict. I still have this need to quickly graffiti something any time I get the chance. Street painting remains my true passion.”

So, Jean-Claude Biver took him at his word! A few months ago, in Switzerland, he suggested that Alec became not only the “Art Provocateur” for the watch brand he is CEO of, to imbue it with his creativity –  but also to start to express himself in a different way, in the street, by tagging the TAG Heuer boutique located in the very heart of Miami’s Design District,  as part of the artistic ambiance  of the famous Contemporary Art Week. Alec Monopoly said: “I have always had a passion for watches. I am excited by this great opportunity to put my creative ideas to work for TAG  Heuer. This is a perfect opportunity to combine my artistic abilities with my love of time pieces.”

Jean-Claude Biver, CEO of TAG Heuer and President of the Watch Division of the LVMH Group, commented: “To be the first, to be unique and different, has been my philosophy for the last 40  years. With Alec as Art Provocateur  within my team at TAG Heuer, I would like not only to continue to reconnect the brand with the younger generation, the millenials, but also to pave the way for new areas of  expression, in all domains from the products to marketing and communication to distribution….His unconventional creativity and enthusiasm are contagious!”

The next day, Jean-Claude Biver and Alec Monopoly inaugurated the Mondrian Gallery within the lobby of the Mondrian South Beach 5* hotel, unveiling a giant wall graffitied by Alec. This epheme ral art installation, supported by TAG Heuer, is completely unorthodox and, since its inauguration, has become an unmissable stop for contemporary art connoisseurs who have flocked here during this busy week in Miami. 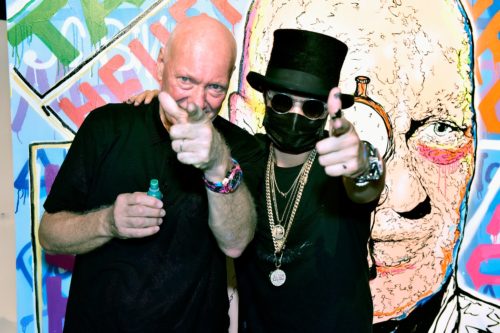 About TAG Heuer
TAG Heuer, the avant-garde of Swiss watchmaking since 1860. Ever since, TAG Heuer has been striving to push the boundaries further, inventing timepieces for those who love to defy convention. This technical expertise was harnessed at a very early stage for achieving extreme accuracy, particularly in the creation of exceptional chronographs.

Under the impetus of Jean-Claude Biver, CEO of TAG Heuer and Chairman of the Watch Division of LVMH Group, the new models, including the connected watch developed with Intel and Google, exhibit a new dynamism: faster lead times and developments to better respond to market expectations, and a completely transformed environment. TAG Heuer is currently the only watch brand to be able to communicate in the four different worlds: Art, Lifestyle, Sport and Heritage.

Our partnerships (in football, with the English Premier League, Manchester United, the Bundesliga, the Major Soccer League in the US, the Chinese Football League, the Japanese Football League and the Australian national football team, and also the World Surf League and its Big Wave Tour, the FIA Formula E Championship, the F1 Monaco Grand Prix, the BMC Racing cycling team…) and our ambassadors (the F1 Red Bull Racing Team, living football legend Cristiano Ronaldo, It girl Cara Delevingne, electronic music icons David Guetta and Martin Garrix, American star quarterback Tom Brady, Australian actor Chris Hemsworth…) all reflect the values shared by the brand  –  teamwork, ambition and a taste for challenge  –  which drive TAG Heuer to go beyond the traditions of the watchmaking industry. Our slogan #DontCrackUnderPressure is much more than an affirmation: it’s  a state of mind. TAG Heuer is an LVMH Group company. For more information, visit tagheuer.com

Essential Coats You Should Wear This Winter

Choosing the Right Bangs for Your Face Shape