Miami, FL, September 16, 2019 — Museum of Art and Design (MOAD) at Miami Dade College (MDC) will present Black Power Naps/Siestas Negras by Navild and Sosa, a multi-sensory, interactive installation designed to provide joyful and relaxing relief from fatiguing systems of inequality. The installation will serve as a platform for several special live events, including Guided Nap Meditations led by the artists and live DJ soundscapes performed from bed. Navild and Sosa will also conduct a Platonic Play Party Workshop. Black Power Naps/Siestas Negras will be on view from October 24, 2019, to January 12, 2020. Guided Nap Meditations and DJ sets will take place on Thursday, October 24, and Wednesday, December 4; the Platonic Play Party Workshop will take place on Thursday, December 5.

Black Power Naps/Siestas Negrasinvites visitors to lounge on a variety of embellished beds, replete with gauzy canopies, serene lighting, therapeutic sound vibrations, and other restorative props.Correlating the exhaustion tactics once used to subjugate slaves with contemporary systems of exploitation and erosive fatigue, artists Navild and Sosa offer this “energetic repair” as a way as a way to “reclaim laziness and idleness as power” for those historically deprived of it.

According to recent studies by institutions that include the Pew Research Center and Stanford University, people of color are five times more likely to get less sleep than white people in this country. Income inequality requires African Americans to work longer hours for less pay. Discriminatory housing policies segregate many people of color into crowded neighborhoods, where nights are noisier and housing stock is in worse condition. Over-policing and inordinately high incarceration rates produce anxieties that disrupt sleep patterns and impair the ability to be at ease when awake. Taking the “sleep gap” disparity between white and black Americans as its point of departure, Black Power Naps/Siestas Negras offers restful and playful experiences as a form of reparations.

“America owes a massive debt to the decedents of enslaved people. This project proposes that repayment accounts for both their deprivation of wealth and their deprivation of energy,” says Sophie Landres, MOAD’s Curator of Public Programs and Education. “While advocating reparations for labor that was most egregiously stolen, Black Power Naps/Siestas Negras encourages all audiences to take a break from 24/7 capitalism. It invites us to idly contemplate our free time and thus, our freedom.”

Black Power Naps/Siestas Negraswill host performative events during its opening reception in October and throughout Art Week in December. These include guided meditations and ambient sounds played by DJs from beds, and a Platonic Play Party Workshop that incorporates movement, sound, and discussion. MOAD is also inviting local social-justice organizations to use the installation’s amenities for leisurely, community-building activities throughout the duration of the exhibition.

Navild is an award-winning multi-medium artist and activist based in Berlin. His work has been performed at institutions such as Matadero Madrid, Tate Modern, Tanz Im August & Kunst-Werke Institut, Wiener Festwochen, The David Roberts Foundation, The Kimmel Center, Human Resources, MOMA PS1, Studio Museum, New Museum, and McGill University. He has also collaborated with Alicia Keys, Anohni, Deborah Hay, Lyle Ashton-Harris, and Ralph Lemon and has been featured in publications including Performance Journal, VICE, Out Magazine, Brooklyn Magazine, Apogee Journal, and BOMBMagazine.

Sosa is an interdisciplinary artist, scholar, and activist on track to receive a doctoral degree in Gender and Social Science at Lille III University. Sosa has been featured in Dazed Magazine, i-D, Noisey, Paper Magazine, Style Like U, Berlin art link, Schön Magazine, Afro-punk, The Fader, and Gal-Dem. Sosa’s texts have published in The 3D Additivist Cookbook, Arcadia Missa, and Mousonturm. Sosa has had performances produced by Tate Modern, Matadero Madrid, and Wiener Festwochen. Sosa has also collaborated with artists such as Tabita Rezaire, Ana Pi, Poussy Draama, Bearcat, Spoek Mathambo, and Kirikoo DEs.

Black Power Naps/Siestas Negras is a part of Where the Oceans Meet, an exhibition of modern and contemporary art that resonates with the pioneering thought of two Caribbean writers, Lydia Cabrera and Édouard Glissant. The international group of 40 artists and collectives in the exhibition considers notions of shifting and porous borders—geographic, national, cultural, social, racial, ethnic, and linguistic—and how crossing borders has shaped our world. Where the Oceans Meet opened on May 26 and will be on view through January 12, 2020.

Organized by MOAD and Americas Society, New York, Where the Oceans Meet is curated by Hans Ulrich Obrist, Asad Raza, Gabriela Rangel, and Rina Carvajal. The exhibition is made possible by the support of the Miami-Dade County Department of Cultural Affairs and the Cultural Affairs Council, and the Miami-Dade County Mayor and Board of County Commissioners. MOAD gratefully acknowledge the collaboration of the Cuban Heritage Collection of the University of Miami Libraries; Diana Flatto, Assistant Curator of Visual Arts, Americas Society; Jose Antonio Navarrete; and Nadia Naami; as well as the generosity of all the lenders to the exhibition.

In April 2018, the Museum of Art and Design reopened with a renewed belief that art and design can change our communities and the world. MOAD offers groundbreaking exhibitions and programs that explore the challenges and opportunities we face locally and globally. Its programming convenes leading artists, designers, and thinkers to address the urgent questions of our time. MOAD strives to be a catalyst for action and a place that empowers people to rethink and remake their city. As the flagship museum of Miami Dade College, MOAD follows its lead in operating throughout the city. Based in Downtown Miami’s Historic Freedom Tower, MOAD considers itself a Museum Without Boundaries. Its programing takes place in many neighborhoods, inviting everyone to be a part of the conversation. MOAD’s aim is to foster a reimagined Miami, built by and with its citizens.

For updates and a full schedule of events, please visit http://www.mdcmoad.org/

Metapolis Launch was Out of this World 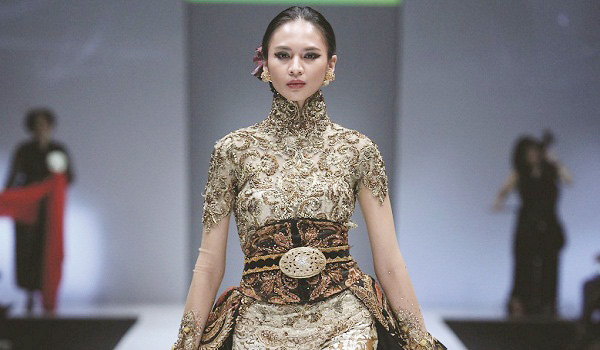