Bella Hadid is the 19-year-old younger sister of Gigi, and she is slowly and diligently carving out a major modeling career. The fashion buzz suggests she is one of the hot models to keep an eye on. Bella recently made her Chanel runway debut at the esteemed fashion house’s annual Chanel Metiers d’Art: Paris in Rome 2015/16. Model Kendall Jenner was notably absent from the runway lineup, and only time will tell if Bella has been tapped as Karl Lagerfeld’s new muse.

Bella, like Gigi, both share a Dutch and Palestinian heritage, making their looks alluring and different. Some would argue that Bella is even more suited for the runway than Gigi, because of her unique, strong bone structure and striking looks. Like her sister, Bella is model tall at 5′ 10″ and wears a size 4; she is signed with IMG. She and Gigi are considered curvier, healthier models compared to most of the whisper-thin girls who rule the runways.

Bella has also graced the cover of Seventeen magazine, been featured as a Victoria Secret’s Pink model in their holiday campaign and been glam in the pages of Elle draped in Saint Laurent, Balmain and Vionnet in a glossy shoot. Plus, she and Gigi stole the runway at the Tommy Hilfiger swimsuit show, and walked for Balmain and Tom Ford.

“She is that street smart, chic woman who is both edgy and sophisticated in an understated way. She makes every look her own in a striking yet simple way,” Botkier revealed.

The best advice Bella has received from Gigi is that when someone rejects you, “It’s not because you aren’t good or they don’t like you; it’s rather you are not the one, they are looking for.”

That works for both romance and the runway.

Bella Hadid’s rising star is rapidly climbing. She’s the one to watch in 2016. 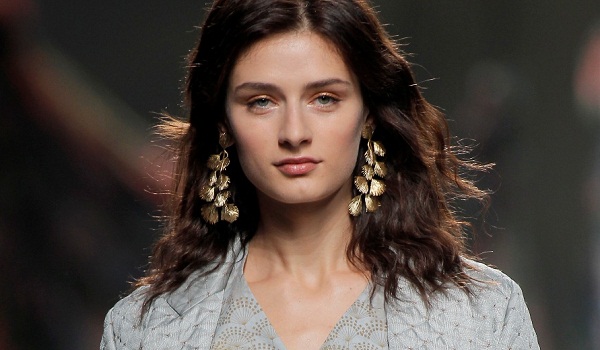