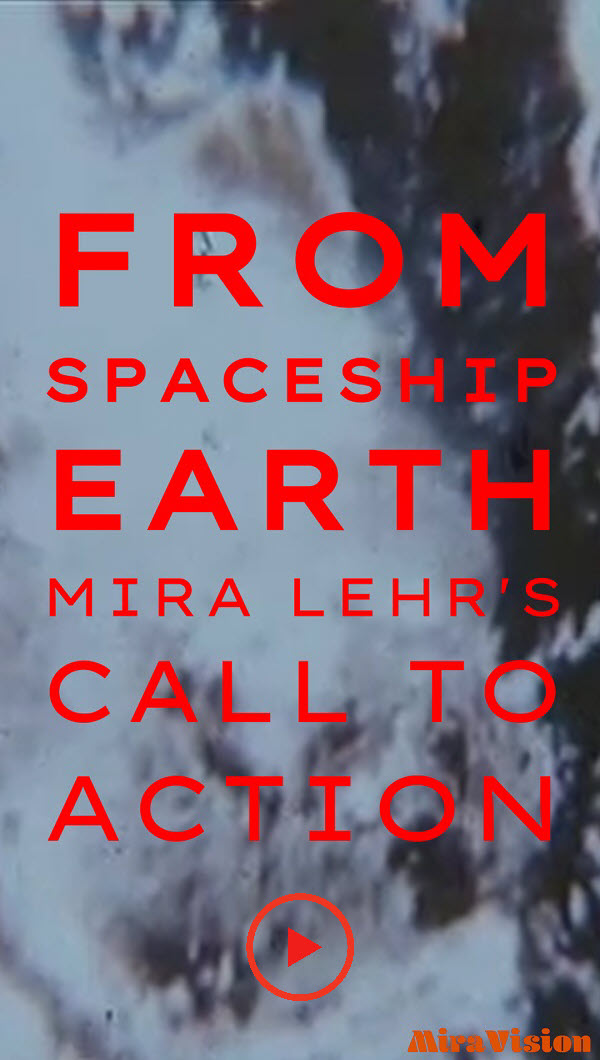 We can reverse pollution damage to the Earth, and the world has now seen this for the first time in history.

After Pandemic Strikes, Viewers See New Meanings in Her Art

“For the first time in history, humanity has witnessed how pollution on the Earth can be reversed. If the pandemic has taught us anything, it’s that we have to be aware now of how fossil fuels are killing the planet,” says Mira Lehr. “It’s time to develop new thoughts about energy, which we have, and start to use them.” Her exhibition High Water Mark at the Mennello Museum of American Art in Orlando recently reopened after being closed because of the pandemic. After the lockdowns, people are finding new meanings in her work and the museum has extended her powerful show through September.

“We can see clearly now, more than ever, how we are all interconnected. What affects one nation, will affect all nations. We are really one landmass in a one-world ocean. This is the ideal time to be looking at the earth in this urgent manner,” says Mira Lehr

“We are capable of finding new ways to survive without harming our Spaceship Earth.”

For more than fifty years, Mira Lehr has championed environmental action through her art. “Human beings are our greatest resource. Human beings are capable of so much. We are so inventive, and are a wonderful addition to the Earth,” adds Lehr.

“As long as we remember that the Earth has to be protected. We have to think of ways to survive without causing harm and pollution to the planet. We are capable of this.” 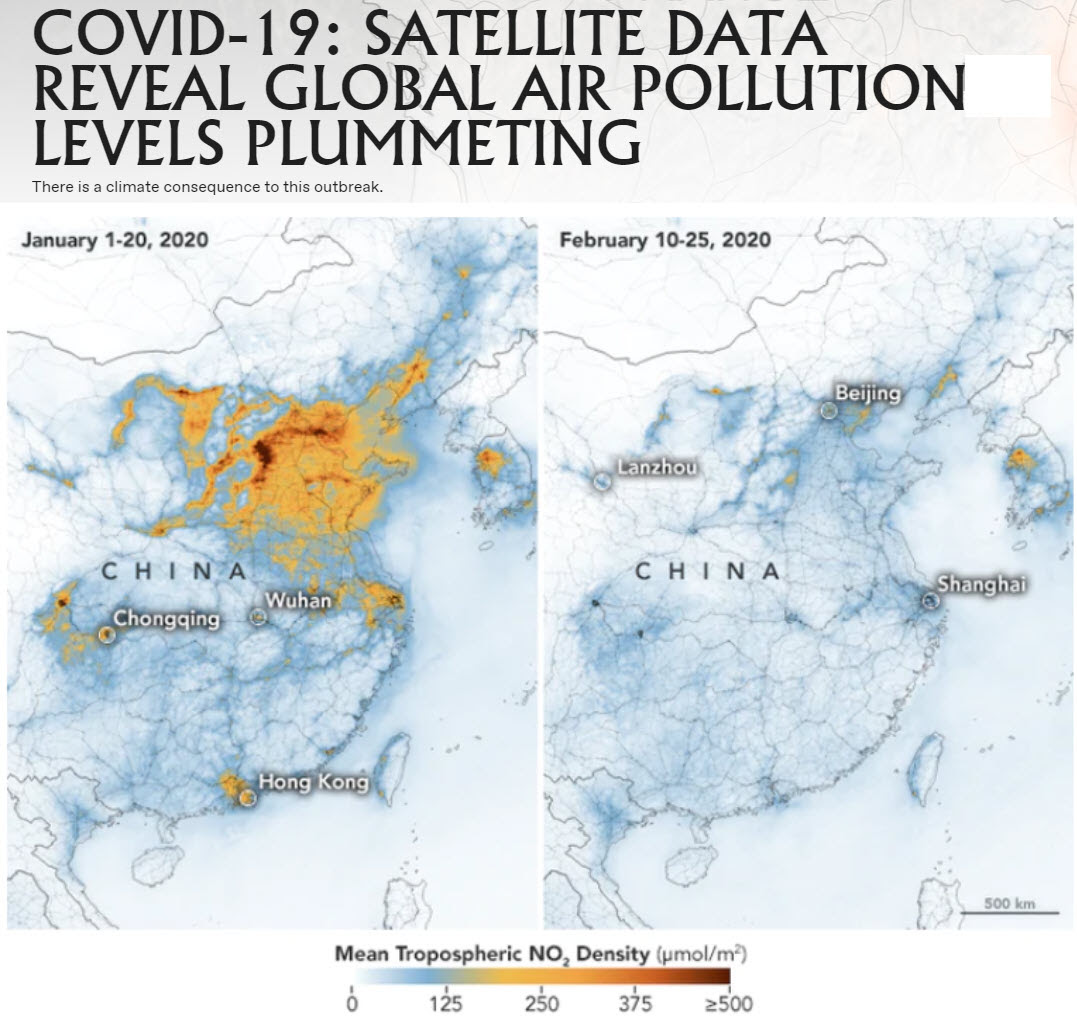 Her Art Conveys the Beauty of the Earth and Mysticism

Today, at the age of 85, Mira Lehr is creating more new art than ever before

In 1969, the visionary Buckminster Fuller chose Mira Lehr for his World Game Project to find new ecological solutions so that humanity could thrive on the planet. This bold new vision, on the cusp of the world’s very first Earth Day and the landing on the moon, influenced Mira Lehr for the next five decades and continues to drive her passion today.

“My art is about all things on the Earth: the tides, the oceans, the atmosphere, clouds – the imagery of dynamics on our planet,” says Lehr. “My art conveys the beauty of the Earth and mysticism. All of the spiritual things that make people realize we love our planet. We love our Earth, we want it to heal. We want to be able to survive and have our world exist for many eons.”

“This is all we have, our Spaceship Earth, so we have to watch out for it.” This Planetary Experience We Are All Sharing

Lehr’s exhibition originally opened on January 24, and then the world changed drastically, with this planetary experience we are sharing worldwide. Her show was always about reverence for nature and protecting the planet, but now people see things differently.

The museum was closed for months, and after it recently re-opened, people are saying they view Mira Lehr’s art in different ways now.

The pandemic opened a brief window where it was possible to see the effects of decreased use of fossil fuels. Across the world, humanity can see that we can control the well being of the planet — with other forms of energy that do not damage the Earth.

“The entire world is experiencing the same concerns, as one. On our Spaceship Earth. Our time to save the planet is now,” says Mira Lehr. 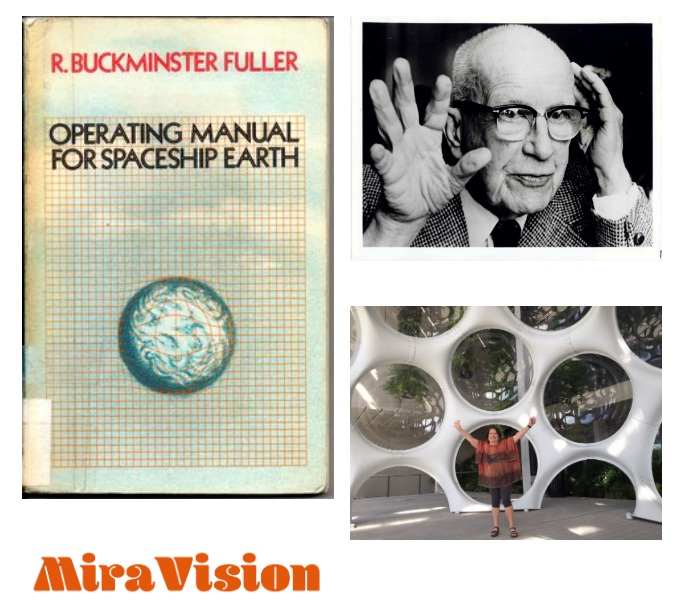 Lehr was one of only two visual artists selected by Buckminster Fuller in 1969, alongside a group of scientists, poets, economists, performers, and thinkers from around the country.

Fuller’s team of cultural pioneers worked on ways to make human life sustainable on the planet. As our beleaguered world marks the 50th anniversary year of the first Earth Day in the grips of a global pandemic, Fuller’s vision about Spaceship Earth rings true now more than ever.

“It was a time of great hope. For the first time mankind could see the whole earth in its entirety from the moon, and as an artist I was inspired by a new global vision,” says Mira Lehr. “Participating in Bucky Fuller’s 1969 World Game changed my life forever, and influences my art to this day.”

During this Time: Connecting Online

Mira Lehr has been championing environmental action since 1969, decades before others jumped on the climate bandwagon.

Now, on the 50th anniversary of her environmental turning point in her career, the Mennello Museum of American Art in Orlando has invited Mira Lehr to extend her exhibition through September. The fateful title High Water Mark and the nature-centric messages in her art are taking on new meanings.

Lehr launched a new online series called MiraVision, to reach people during this time when online connections mean so much. In the spirit of Buckminster Fuller’s vision of Spaceship Earth, she is presenting uplifting and forward-looking messages of hope and optimism.

Many of the works in Mira Lehr’s current exhibition at the Mennello Museum of American Art are monumental in size. One painting is 40 feet long and comprised of 12 different large-scale panels that circle the entire gallery.

The immersive watery world features environments of imminent, overwhelming beauty that beg for respite and call for caution to protect our planet. The museum’s new online tours show Lehr’s giant mangroves climbing across the gallery in this video.

Her majestic Mangrove Labyrinth installations are re-imagined as The Protectors. These sculptural behemoths climb across the gallery walls to surround the viewer. This emphasizes their guardian status, showing how Mangroves surround and protect coastal areas against flooding.

“I created these works to sound a clarion call for awareness about climate action,” says Mira Lehr.

“The Mistress of Light”

She uses non-traditional media such as gunpowder, fire, Japanese paper, dyes and welded steel. Lehr is also known for her igniting and exploding fuses to create lines of fire across her paintings.

As an homage to Buckminster Fuller, High Water Mark features 15 rarely seen works that are inspired by Fuller’s vision of Spaceship Earth (above, from this series). These are taken from mixed media paintings Lehr created for an artist’s book to honor the 1969 World Game, and they have only been exhibited once before.

Below the Surface is a seven-foot-wide sculptural installation with a ring of jellyfish flying up towards the ceiling.

The exhibition was curated by Ginger Gregg Duggan, who was invited by the museum to serve as guest curator for this show.

Invisible Cities is a series of brass-conformed nettings that cluster along the gallery walls. Inside each netted “cage” are names of extinct species. They bring to mind the importance of community, the way that corals form cities with their exoskeletons upon each other

We Are All Interconnected

To Lehr, her art communicates how we are all interwoven and interconnected as communities upon the earth. “We all depend on one another,” says Lehr. “If we lose one community in the natural world, we will lose them all.” Each sculpture features names of endangered marine communities.

Mira Lehr is also hitting her own personal high water mark, with major national recognition and global acclaim. Reaching even greater heights at this stage in her life, her work is currently being heralded.

Lehr’s longstanding tradition of mentoring young artists through six decades, and her passion to succeed in the male-dominated art scene of the 1950s and 1960s, benefited many in the early art community.

Critics are calling Lehr “the Godmother of Miami’s art scene” because in 1960 she created one of the nation’s first co-ops for women artists.

At the age of 85 and with a career that spans more than six decades of artmaking, Lehr is creating more new work now than at any other point in her life ─ with a heightened sense of urgency.

See more of this new phase of critical acclaim for Lehr’s work at www.miralehr.com

Previous Inside The Design of The Eye-Catching Superyacht Cranchi Settantotto

Next PRADA MULTIPLE VIEWS 2021: THE SHOW THAT NEVER HAPPENED 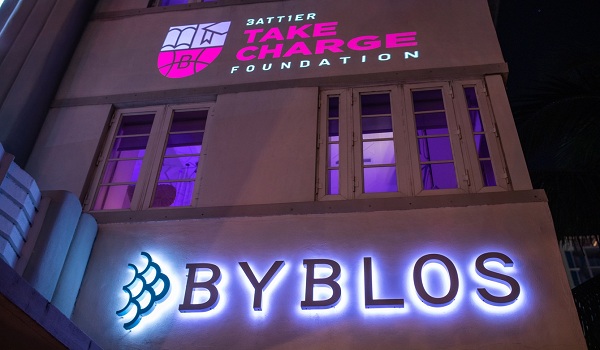 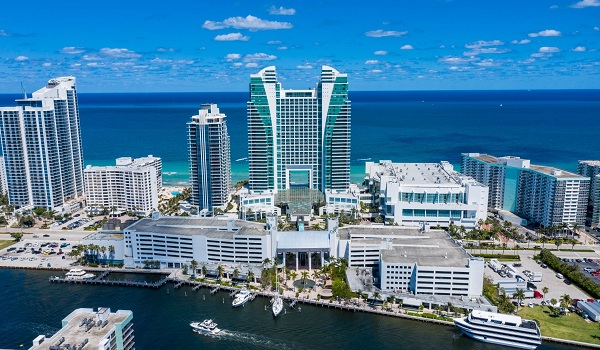 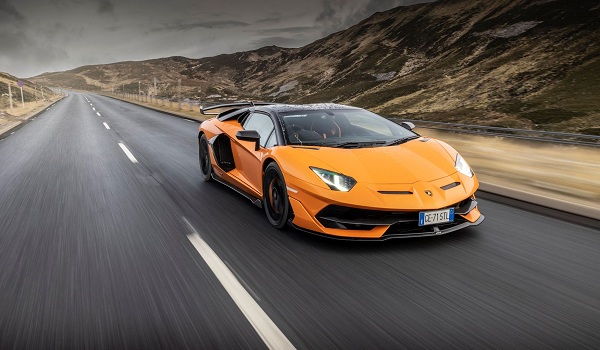 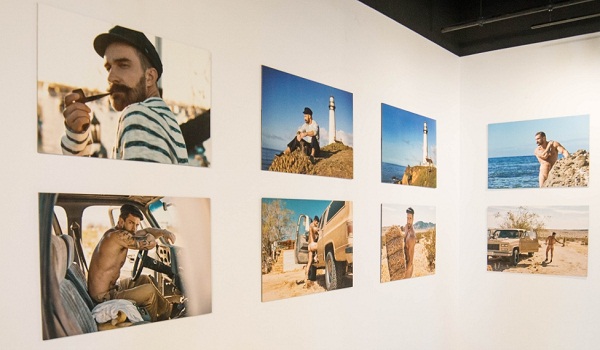