NEW YORK, September 12, 2018—Global getaway was the theme of Michael Kors’ Spring 2019 runway show, which took place this morning at 10 AM in New York City. From the venue—Pier 17, in the city’s historic and newly revitalized Seaport District—to the original Christina Zimpel artwork and the clothes themselves, the show celebrated the spirit and style of the modern globe-trotter.

“I wanted the show to feel like a global getaway,” says Michael Kors. “I find travel to be the ultimate inspiration and this collection takes a little bit from all of my favorite destinations around the world. And showing at Pier 17, a place that emphasizes the island nature of our city, surrounded by the optimistic, colorful artwork of Christina Zimpel, was the best way to transport our guests.”

Zimpel, originally from Perth Western Australia, previously worked as an Art Director for Australian Vogue and American Vogue before turning her eye towards painting and drawing. Her original artwork featured prominently at this morning’s runway show— guests were able to spend time in a gallery space featuring 22 pieces of work before taking their seats for the show, which were also wrapped in Zimpel’s work.

Shoppable Street Style: The popular collaboration has returned this season, allowing fans from around the world to shop the front-row looks of Caroline Daur, Tamu McPherson, Irene Kim and Charlotte Groeneveld directly on the brand’s social platforms, including Instagram and Instagram Stories, Facebook, Twitter, LINE, Kakao and WeChat, as well as on the brand’s ecommerce websites.

Kors Commute: The latest installation of the brand’s Fashion Week pre-show series, Kors Commute, was released on September 10th featuring model Joan Smalls. Michael and Joan took to the water this time, chatting about fashion week, favorite movies and more aboard a New York Water Taxi. The video was released on Instagram, Instagram TV, Facebook, Twitter and YouTube in the days leading up to the show.

About Michael Kors:
Michael Kors is a world-renowned, award-winning designer of luxury accessories and ready-to-wear. His namesake company, established in 1981, currently produces a range of products under Michael Kors Collection, MICHAEL Michael Kors and Michael Kors Mens, including accessories, ready-to-wear, footwear, wearable technology, watches, and a full line of fragrance products. Michael Kors stores are operated in the most prestigious cities in the world. In addition, Michael Kors operates digital flagships across North America, Europe and Asia, offering customers a seamless omni-channel experience.

Forward-Looking Statements:
This press release contains forward-looking statements. You should not place undue reliance on such statements because they are subject to numerous uncertainties and factors relating to the operations and business environment of the Company, all of which are difficult to predict and many of which are beyond the Company’s control. Forwardlooking statements include information concerning the Company’s possible or assumed future results of operations, including descriptions of its business strategy. These statements often include words such as “may,” “will,” “should,” “believe,” “expect,” “anticipate,” “intend,” “plan,” “estimate” or similar expressions. The forward-looking statements contained in this press release are based on assumptions that the Company has made in light of management’s experience in the industry as well as its perceptions of historical trends, current conditions, expected future developments and other factors that it believes are appropriate under the circumstances. You should understand that these statements are not guarantees of performance or results. They involve known andunknown risks, uncertainties and assumptions. Although the Company believes that these forward-looking statements are based on reasonable assumptions, you should be aware that many factors could affect its actual financial results or results of operations and could cause actual results to differ materially from those in these forward-looking statements. 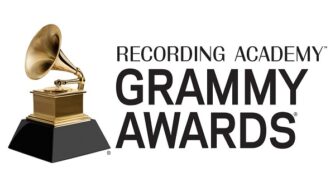