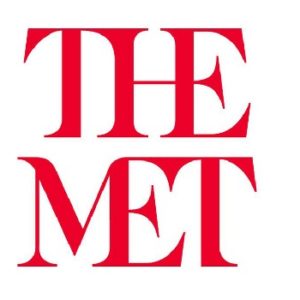 with More Than 7.35 Million Visitors

(New York, July, 2018)—The Metropolitan Museum of Art announced that it welcomed more than 7.35 million visitors to its three locations—The Met Fifth Avenue, The Met Cloisters, and The Met Breuer—in the fiscal year that ended on June 30 (FY18). It is the highest fiscal year attendance in the Museum’s recorded history and is due in large part to the record-breaking attendance for Michelangelo: Divine Draftsman and Designer, which was on view from November 13, 2017 through February 12, 2018 and brought in 702,516 visitors. The exhibition is now the 10th most attended show in the Museum’s history.

The Museum also announced that it brought in over $250 million in philanthropic gifts, Membership contributions, and government support, the highest amount in recent years. A highlight of the year was the exceptional gift of more than $80 million from Trustee Florence Irving and her late husband, Herbert Irving, the largest financial gift the Museum has received in recent history.
“The Met prides itself on serving the public through our collection, exhibitions, and education programs—all of which meet the highest possible standards,” said Daniel H. Weiss, President and CEO of the Museum.  “Importantly, we’re gratified to recognize that these offerings not only resonate with our visitors but also inspire extraordinary support.”
The Museum also continues to be New York City’s most visited tourist attraction for domestic and international audiences. In FY18, international visitors accounted for 34% of the Museum’s attendees. The Met is also a popular destination for local visitors: 32% of the Museum’s visitors came from the five boroughs of New York City, and 13% were from the tri-state area outside of the City. Also in FY18, TripAdvisor named The Met its Travelers’ Choice for Best Museum in the World for an unprecedented third year in a row.
Exhibitions
In addition to Michelangelo: Divine Draftsman and Designer, exhibitions that drew high numbers of visitors to the Museum include Cristobal de Villalpando: Mexican Painter of the Baroque, with attendance of 256,339; and David Hockney, with 363,877.
Also contributing to the high attendance in FY18 were the first two months of The Costume Institute’s Heavenly Bodies: Fashion and the Catholic Imagination, which is on view at The Met Fifth Avenue and The Met Cloisters through October 8, and is on track to be one of the Museum’s highest attended exhibitions in its history. Since it opened on May 10, the exhibition has drawn more than 500,000 visitors to The Met Fifth Avenue, and an additional 70,000 have visited The Met Cloisters—a 40% increase over the same time period last year. The final months of last summer’s popular exhibitions Rei Kawakubo/Comme des Garçons: Art of the In-Between, which attracted 558,006 visitors, and The Roof Garden Commission: Adrián Villar Rojas, The Theater of Disappearance, which drew 510,946 visitors, also contributed to the high attendance.
Education and Public Programs
The Met offers tens of thousands of classes, programs, and activities each year. This year the Museum welcomed over 225,000 students in FY18, including more than 90,000 students and teachers from New York. The twice-yearly Teens Take The Met! event continues to bring in teens from New York City’s five boroughs—this past year over 5,000 in total, many of whom are visiting The Met for the first time. Day-long celebrations such as the World Culture Festival and Lunar New Year Festival welcomed nearly 6,500 visitors.
Digital Visitorship
The Metropolitan Museum of Art’s website (metmuseum.org) ended FY18 with a total of 30.4 million visits, 32% of which were international. The pages of The Met’s online collection and the Heilbrunn Timeline of Art History continue to draw the most visits, with 8.4 million and 9.4 million respectively. In the second year of The Met’s Open Access policy—which made over 375,000 online collection images available for free and unrestricted use—The Met’s partnership with the Wikimedia community is enabling The Met collection to reach over 10 million users a month on Wikipedia.
The Museum’s social media reach continues to expand: currently its Twitter feed has more than 4.4 million followers (49% internationally); its Webby Award-winning Instagram has 2.5 million followers (66% internationally); and its Facebook account has more than 1.9 million (67% internationally). In addition, The Met has utilized Facebook Live to reach audiences in English, Spanish, Korean, Mandarin, and American Sign Language.
About The Metropolitan Museum of Art
The Met presents over 5,000 years of art from around the world for everyone to experience and enjoy. The Museum lives in three iconic sites in New York City—The Met Fifth Avenue, The Met Breuer, and The Met Cloisters. Millions of people also take part in The Met experience online.
Since it was founded in 1870, The Met has always aspired to be more than a treasury of rare and beautiful objects. Every day, art comes alive in the Museum’s galleries and through its exhibitions and events, revealing both new ideas and unexpected connections across time and across cultures.

Previous Exclusive Shopping Event at What Goes Around Comes Around

ESQUIRE CELEBRATES THE GOLDEN GLOBES WITH THE MEDAVOYS