Lexus hosted a daring experiential lifestyle media event with reveals of products that are not traditionally automotive that exhibit the brand’s brave imagination and bold willingness to express itself. Launched in the U.S. in 1989, Lexus is now a global luxury brand selling in over 90 markets, and has evolved to propel its own evolution in and broaden its appeal to the next generation of people searching for premium luxury experiences. The ambitious “Through The Lens” event introduced media to the depth and range of the Lexus brand in a novel and immersive format.

“Over the past few years we have created a series of unprecedented events that allow us to tell our brand story in innovative and engaging ways to non-automotive media,” said Spiros Fotinos, Lexus’ Head of Global Branding and Marketing in Tokyo.

“The immersive “Through The Lens” event is our latest effort which builds on the success of our previous activities and showcases the kind of audience engagement we want to continue to create.”

“The event allowed us to showcase the Lexus brand’s perspective on different luxury lifestyle dimensions while providing our guests the unique opportunity to express their own perspective and creativity through a camera lens, guided by some of the world’s most renowned photographers.”
The action-packed day began by surprising guests during breakfast with the world debut of the Lexus Sport Yacht concept, a stunning design exercise that applied Lexus design language to a luxury marine experience. Powered by the same 5.0 liter V8 engines as the Lexus RC F performance coupe, GS F performance sedan and LC 500 premium coupe, the Lexus Sport Yacht concept can reach 43 knots (49 mph) on the water.

The event day closed with the dramatic reveal at the new Faena Forum gallery of the Lexus Skyjet from the forthcoming science fiction action film “Valerian and the City of a Thousand Planets.” A project of Lexus’ collaboration with Europacorp, the Valerian film is based on the French science fiction comic series “Vale?rian and Laureline” by Pierre Christin and illustrated by Jean-Claude Me?zie?res. Written, directed and produced for the screen by Luc Besson, it features Dane DeHaan and Cara Delevingne as space- and time-traveling agents Valerian and Laureline who rely on their Lexus Skyjet for transportation.

The Valerian team worked with the Lexus Design Center in Japan to create the Skyjet, a vehicle grounded in reality but befitting of the Valerian world set 700 years in the future.

The Skyjet design incorporates an adaptation of Lexus’ signature “spindle grille,” headlamps evocative of Lexus’ forthcoming LC coupe, and an athletic and aerodynamic shape. More importantly, this sort of design collaboration, developing a vehicle unencumbered by the realities of life on Earth, helps ignite and energize Lexus designers and free their creative imaginations.
In between these impactful reveal moments, the media invitees participated in master classes with cinematic photographers at some of Miami’s most scenic locations. Photo sessions began at the “Lexus Mansion” on an island in Biscayne Bay, a location curated to align with the Lexus brand and style direction, where guests snapped images of the soon-to-be released flagship Lexus coupe, the LC 500 and LC 500h hybrid. Participants moved to the iconic 1111 Lincoln Road building to shoot the just-announced LS 500 flagship sedan with Biscayne Bay and the Miami skyline as a backdrop.

Vehicles at the raceway portion of the “Through The Lens” program included the athletic RC F coupe and GS F performance sedan and the stylish LC 500 coupe (on sale in Spring, 2017). Guests also experienced an amazing hot-lap of the track in the RC F GT Concept racecar with sportscar champion Scott Pruett at the wheel.

Each venue offered cuisine prepared by Lexus Chefs, displays of Lexus Short Films produced in cooperation with The Weinstein Company and emerging directors, art and fashion from the annual Lexus Design Award at Milan Design Week, and other expressions of the Lexus brand such as the YouTube-hit Lexus Hoverboard from 2015.

The most recent Lexus vehicles and recent initiatives experienced in Miami all recast the brand’s image for the guests. The “Through The Lens” event sought to engage participants with the broad facets and pursuits of a visionary Lexus brand and to provide amazing experiences.

3 Reasons To Have Your Wedding in the Fall

Keeping Up With The Kim Kardashian Obsession 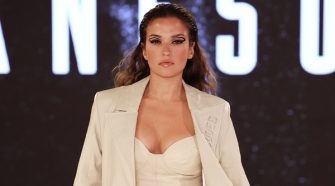