LEONARDO 500 – IN CELEBRATION OF A MASTER ARTIST

At the Morgan Library & Museum’s Gilder Lehrman Hall, the Region of Lombardy, the Municipality of Milan, and the Stelline Foundation hosted a showing of the Massimiliano Finazzer Flory short film “Being Leonardo da Vinci” (produced in partnership with RAI Cinema). This is just one of countless such events being held worldwide celebrating Leonardo da Vinci (1452-1519) and the scope of his artistic influence five centuries after his death. The Huygens Codex, presently in the Morgan collection for instance, while attributed to Carlo Urbino contains faithful copies of lost originals by da Vinci.

A veritable genius in several disciplines, Signore da Vinci’s visionary inventions and realistic two-dimensional renderings of three-dimensional subjects were accomplished by his comprehensive studies in anatomy and optics, development of sfumato and chiaroscuro, and ceaseless scrutiny of the natural world. His exceptional artistry and innovative designs earned him commissions from popes and kings as well as the patronage of prominent families like the Borgias, the Estes, and the Sforzas. Ironically, his perfectionism kept him from finishing much of his work. None of the hundreds of technical marvels he conceived were ever actually built. It is believed that he held on to his paintings with the intent of continually perfecting them as he gained more precise anatomical understanding. Most – even the legendary Mona Lisa – remain unfinished, leaving the world with only brilliant sketches and some fifteen paintings.

Other noteworthy events on the calendar include: Next week, at the Santa Maria delle Grazie refectory in Milano, ten drawings showing the process leading up to “l’Ultima Cena” will be on exhibit; “The Leicester Codex of Leonardo da Vinci: Water as Microscope of Nature” will be on show at the Uffizi Galleries of Florence (Oct 29 through January 2019). Next year, an art installation showcasing Nina Akamu’s “Il Cavallo di Leonardo” is being staged at Ippodromo di San Siro in Milano with works reproducing the iconic horse by various artists. And there are more commemorations slated throughout 2019 in museums, art galleries and institutions all across Europe from the UK to France and German as well as here in the US. Undoubtedly, aside from the genius of the work he left behind, the unrealized potential of his brilliance has assuredly contributed to the legendary artistry and enduring enigma that is Leonardo da Vinci.

Metapolis Launch was Out of this World

Right On Time: The Latest Trends in Watches 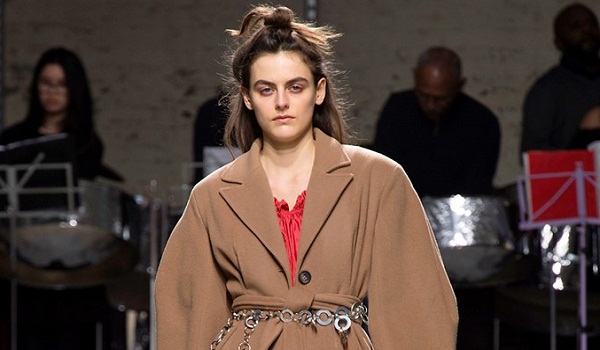