Wellington, FL – The remaining four teams in the CaptiveOne U.S. Open Polo Championship® began their quest for the final leg of the Gauntlet of Polo™, with an exciting overtime game resulting in Las Monjitas defeating Daily Racing Form 9-8, while Aspen claimed victory over Cessna Polo Team on the U.S. Polo Assn. Field 1 at the International Polo Club Palm Beach.

The opening game of the day featured a closely fought game that was decided on the penalty line, with both teams attempting seven penalty shots in the game. A high foul count resulted in fewer opportunities from open play, with Las Monjitas slightly edging Daily Racing Form on their shots to goal. Strong defence from both teams kept shots at a distance, contributing to Las Monjitas finishing just 33% from the field, while Daily Racing Form converted just 17% of their attempts. Despite being held to zero field goals in the first half, Daily Racing Form kept pace with Las Monjitas due to three penalty conversions, two from Agustin Obregon and one from Jared Zenni. Las Monjitas generated their offense from the field in the first half, led by Hilario Ulloa who played a distributor role, assisting on three of his team’s four goals in the opening half to push Las Monjitas into the 4-3 lead.

The pace of the game slowed over the final three chukkers, with the foul count continuing to climb. Fourteen combined fouls saw Francisco Elizalde and Jared Zenni trade goals from the penalty line, with Daily Racing Form outscoring Las Monjitas 2-0 in the fifth chukker to restore the tie, with just one chukker remaining. A back and forth final chukker produced four penalty goals, two from each team, while Zenni scored all three goals for Daily Racing Form to send the game into overtime, with the teams tied at 8-8. In the continuing story of the game, Las Monjitas forced Daily Racing Form into two fouls in the overtime chukker, with the second resulting in a Penalty 2 conversion for Elizalde, securing the 9-8 victory for Las Monjitas.

The feature game of the week saw Aspen continue their strong play from the USPA Gold Cup®, overwhelming Cessna Polo Team with an accurate open play attach that produced an efficient 75% shooting from the field. Cessna Polo Team controlled possession early in the game, led by Eduardo Novillo Astrada, playing in place of Ezequiel Martinez Ferrario, but couldn’t match the high conversion rate of Aspen to keep pace in the game. Felipe Viana was instrumental in giving Cessna Polo Team the lead in the opening chukker, converting two Penalty 2’s, while also setting up Chip Campbell to give his team a 3-1 lead. The remainder of the first half favored Aspen, with Polito Pieres and Lucas James contributing to score seven goals in the second and third chukkers. While the high-rated duo may have been filling the scoresheet, it was Stewart Armstrong who was arguably the most impactful player, executing strong backhands and passes to assist on four of Aspen’s seven field goals in the half to give Aspen the 8-4 lead.

Viana began the second half looking to close the deficit, adding his third and fourth goals of the game to bring Cessna Polo Team within three. Despite being outshoot in the opening of the second half, Aspen maintained their lead thanks to efficient shooting from Pieres and James, who took advantage of each opportunity presented to them throughout the game. Needing to create quick offense in the final chukker to make a comeback, Cessna Polo Team pushed forward, which left them vulnerable to the counter-attack which was led by Aspen’s Lucas James. In his best game of the season, James scored three consecutive goals to seal the victory, finishing with an impressive eight goals to complete the 14-8 victory. 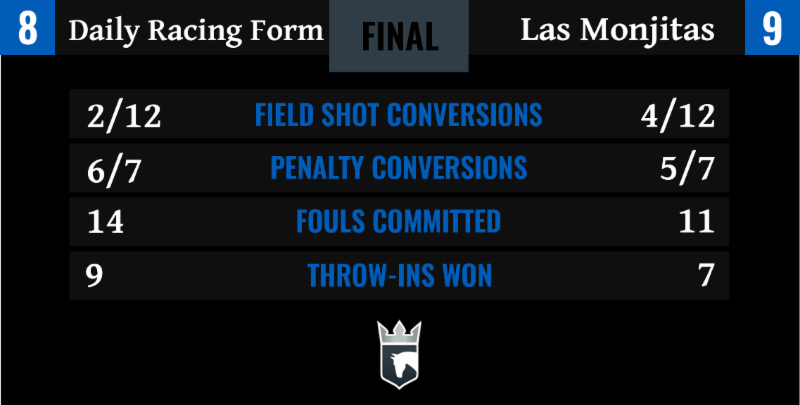 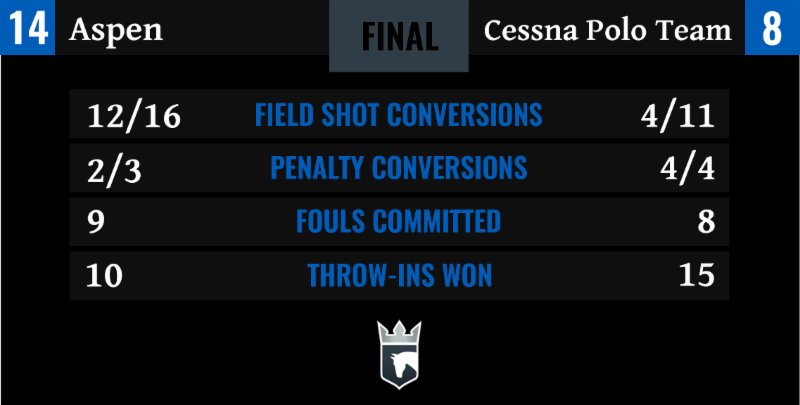 About the International Polo Club Palm Beach
The International Polo Club Palm Beach (IPC) is the premier polo destination in the world, hosting the largest field of high-goal teams and the most prestigious polo tournaments in the United States. Polo enthusiasts descend upon Wellington, FL each winter season to enjoy their love of the sport at the most prominent polo facility in the country. The 2019 Palm Beach Polo Season opens Sunday, December 30, 2018 and concludes 17 weeks later with the U.S. Open Polo Championship® Final on April 21, 2019. Polo matches are open to the public, with a wide range of hospitality and guest seating that includes elegant grandstand viewing, field tailgating, stadium seating, field-side champagne brunch at The Pavilion, and exclusive sponsor boxes. See more at www.internationalpoloclub.com.

Pilot Continues Their Run Through The GAUNTLET OF POLO™

Round One Of The USPA Gold Cup® Wraps Up

SONGZIO 22FW ‘METAMORPHOSES’ 12.00 CET . JAN 20 2022 . PARIS MENS FASHION WEEK SONGZIO 22FW COLLECTION. ‘METAMORPHOSES’ Titled ‘Metamorphoses’ after Ovid’s poem, this collection seeks to capture the primitive metamorphosis of persona in a moonlit night. Songzio’s protagonist, the ‘misanthrope’, a man of stark appearance yet of poetic sensibilities, travels through the violent and … 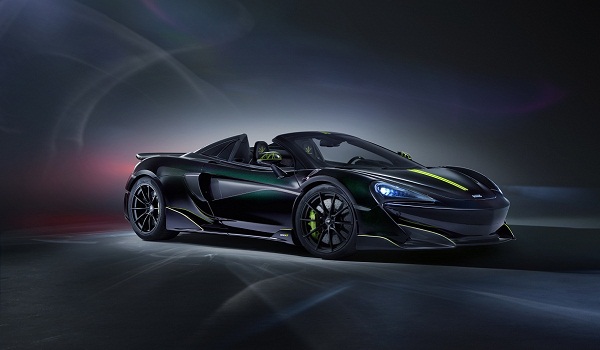 The last open top McLaren 600LTs arrive in the USA