Liberati beat the pole-sitting Leipert Motorsport car of Sebastian Balthasar into Turn 1 and quickly extended his advantage over Balthasar to over three seconds before receiving a drivethrough penalty for a start infringement. The penalty dropped the Italian, and Finnish team-mate Olli Kangas down the order, although they did recover to finish 13th by the end.

As the window opened, Balthasar was the first to make his pit-stop, switching places with team-mate Påverud, as Bonaldi Motorsport’s Stoneman and Oregon Team’s Dorian Boccolacci elected to stay out on track. 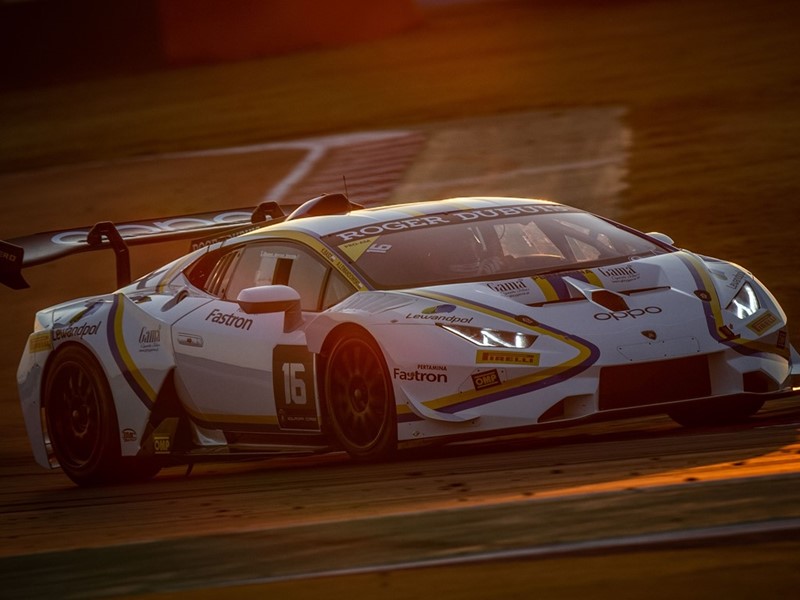 A series of quick laps from Frenchman Boccolacci, who opted to take his stop right at the very end of the 10-minute window before handing over to Kevin Gilardoni, ensured the #11 car remained in the lead from Påverud.

Guzman started sixth but dropped a spot to eighth before Liberati’s penalty. The Mexican pitted from seventh but when Pavlović rejoined the track, the #9 Target car emerged from the pit window in third and in sight of the leaders, albeit with a 0.345s penalty for a pit-stop infringement. 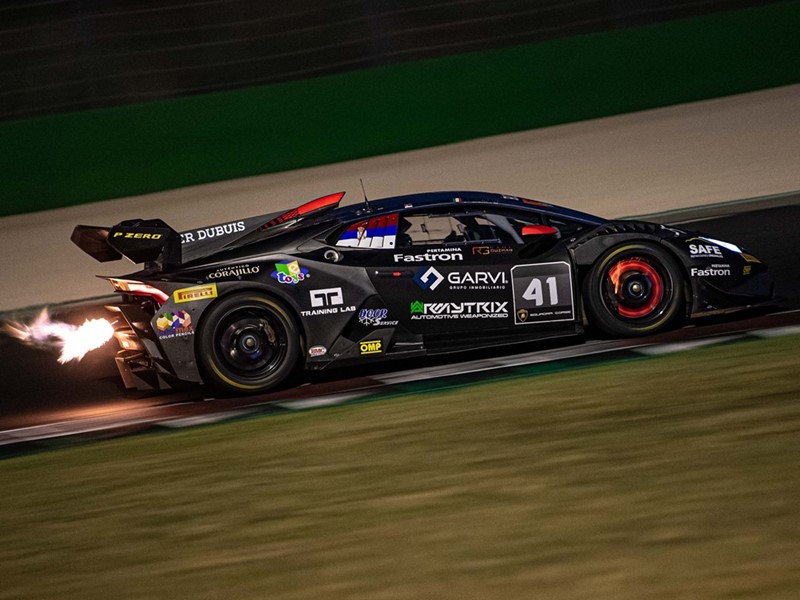 Gilardoni then had to defend heavily from Påverud, who executed a superb dive down the inside of Turn 8 to take the lead, with Pavlović following through into second soon after.

Påverud looked to have had the measure of Pavlović at the front, but was heavily baulked by two backmarkers, first at the Turn 14 right-handed hairpin and then again at Turn 15. Both Pavlović and Galbiati, who had taken over from Postiglione got by, dropping Påverud to third.

Incredibly, Pavlović also got held up by a backmarker at Turn 15, which briefly allowed Galbiati into the lead with a lap remaining, but Pavlović managed to reclaim the lead on the exit and eventually held on to win by just over a tenth of a second. It was the first Super Trofeo appearance by Pavlović since 2018, with the 2014 Series champion showing that he had lost none of his speed in a Lamborghini Huracán ST Evo.

Behind the podium finishers in the Pro class, Gilardoni held on to finish fifth overall ahead of Alberto di Folco and Kevin Rossel (Target Racing). Stoneman was seventh, while Monaco-based team GSM Racing celebrated its maiden Super Trofeo Europe appearance with eighth for Jonathan Cecotto and Patrick Liddy. 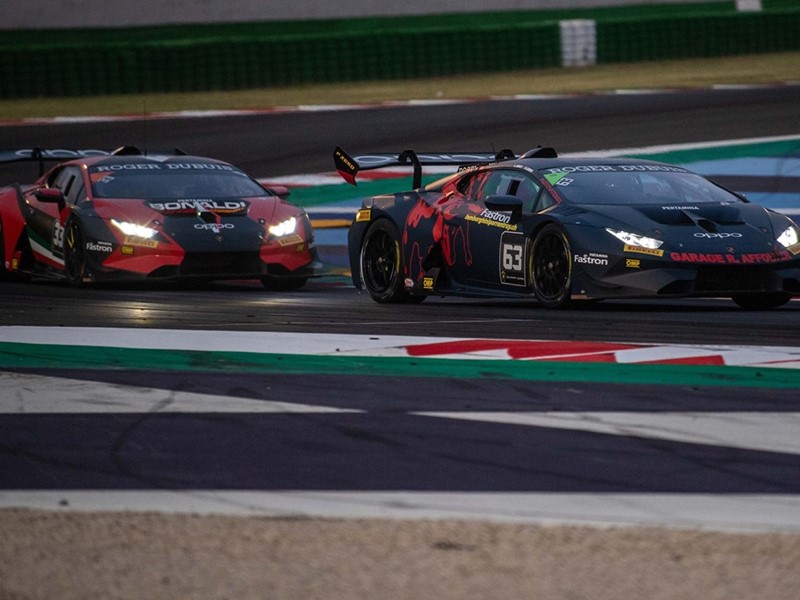 The star of the race came in the Pro-Am category as Andrzej Lewandowski and Karol Basz came out on top thanks to a sensational stint from Basz. The all Polish partnership qualified 16th and ran second in class to Oregon Team’s Damiano Fioravanti and Lorenzo Bontempelli before the pit window opened. Basz then took over and produced a number of fantastic overtaking manoeuvres to finish an incredible fourth overall, 12 places better than their starting position and only seven seconds off Pavlović and Guzman.

It was an equally impressive drive from the Van Der Horst Motorsport pairing of Gerard van der Horst and Loris Spinelli, who worked their way up the order to finish inside the top 10 in ninth place, second in Pro-Am.

In the Am class, it was another close battle between the Autovitesse partnership of Cedric Leimer and Laurent Jenny and Target Racing’s Massimo Mantovani. Mantovani started from pole and lead the early running before a drivethrough penalty handed the victory to Leimer/Jenny, with the Boutsen Ginion car of Claude-Yves Gosselin and Giuseppe Fascicolo completing the podium.

The weekend concludes on Sunday afternoon with Race 2, which is scheduled to begin at 13:20 CEST.