Lamborghini recorded its first race victory of the GT World Challenge Europe by AWS season at Zandvoort in the hands of Emil Frey Racing’s Albert Costa and Giacomo Altoè.

The Lamborghini Factory Drivers started second on the grid in the weekend’s second 60-minute Sprint Cup race and made the most of a time penalty for the Audi of Charles Weerts and Dries Vanthoor to come out on top at the checkered flag. Costa started the race in the #163 Lamborghini Huracán GT3 Evo, running in third place before switching over to Altoè in the second stint.

From then on, Altoè arguably had the faster car, but could not quite find a gap big enough to make a clean overtake on Weerts. Once the Audi received its penalty, Altoè naturally backed off to make sure of the victory, Lamborghini’s first in the GT World Challenge Europe series since last year’s season finale at Barcelona.

For Costa and Altoè, it was sweet recompense following bitter disappointment in the opening race of the weekend. Having qualified 10th on the grid, the pair made it all the way up to second place before Altoè suffered a tire blow-out during the window. The Italian had to drive a full lap on three wheels before making it back around to the pits, but remarkably the #163 finished fourth by the flag.

The other Emil Frey Racing duo of Mikaël Grenier and Norbert Siedler had demonstrated the Huracán’s pace around the tight and twist Zandvoort circuit by securing pole position for each race. Unfortunately, things did not go the way they wanted in the first race, finishing 19th while an on-the-road second place to Costa/Altoè became 10th following a pit-stop infringement time penalty.

The next round of the season takes place at the Circuit de Barcelona-Catalunya on the weekend of the 9-11 October.

Albert Costa: “It was crazy, like a karting race. We were fighting each other, trying to pass all the time. Kelvin tried to pass Norbert and then Norbert let me pass because he had some issue. Then I said to myself, ‘push Albert, it’s your race!’ And we did it, but Vanthoor was very quick. Finally the luck was on our side, and I am really, really happy.”

Giacomo Altoè: “I got the message from the team with two laps to go and then I just had to manage and stay behind. It has been a crazy race, but finally we are back after the bad luck from qualifying and race one. I’m so happy for me and Albert, we did a great job and also for the team, so thank you.”

Previous Best Ways To Use Your Leftover Fabrics 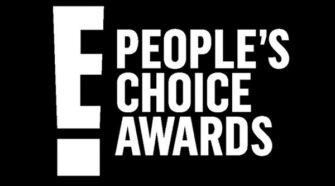