MUSIC RETURNS TO CONGRESS IN CELEBRATION OF MUSIC ADVOCACY ON SEPT. 22

WASHINGTON, D.C. (AUGUST 11, 2021) — On Sept. 22, music will return to the nation’s capital as the Recording Academy® marks a successful year of virtual advocacy and celebrates the 20th anniversary of the GRAMMYs on the Hill® Awards in person. The event is Washington’s premier annual celebration of music and advocacy, bringing together congressional leaders and music makers to recognize those who have led the fight for creators’ rights. Sponsored by City National Bank, this year’s awards will honor five-time GRAMMY®-winning songwriters and producers Jimmy Jam and Terry Lewis, the duo behind iconic songs from artists like Janet Jackson, Mary J. Blige, Mariah Carey, and Boyz II Men. Rep. Ted Deutch (D-Fla.) and Rep. Michael McCaul (R-Texas) will be honored for their contributions to support legislation that protects and ensures fair treatment for music creators. Special guests and attendees will be announced in the coming weeks.

A post shared by Jimmy Jam and Terry Lewis (@officialjamandlewis)

“The pandemic has shown us just how crucial it is for the Academy and Congress to work together to find equitable solutions that protect the music community,” said Harvey Mason jr., CEO of the Recording Academy. “We’re thrilled to celebrate the legislators and artists who have improved the environment for creators with the return of GRAMMYs on the Hill — a celebration of the music community and Congress coming together to achieve policy advancements in the name of music. To have Jimmy Jam and Terry Lewis and Representatives Deutch and McCaul join us at the 20th anniversary of the event is truly an honor, and we’re looking forward to recognizing their invaluable contributions made toward the fight for creators’ rights.”

With 40 years of legendary songwriting and producing under their belts, Jam and Lewis — also known for their impeccable style — just released their debut album as artists, Jam and Lewis, Volume One to critical acclaim. After meeting in middle school, the two later played with the seminal Morris Day & The Time recording and opening on tour for Prince before launching their storied career with dozens of artists earning them five GRAMMY Awards®, more than 100 gold, platinum, multiplatinum, and diamond albums, more Billboard No. 1 hits than any production duo in history, and an induction into the Songwriters Hall of Fame. In 1982 on a handshake, the pair opened Flyte Tyme Productions, INC., which included their own studio, publishing and eventually their record label Perspective, which turns 30 this year. Undoubtedly, they have profoundly shaped music — be it R&B, pop, dance, and gospel genres, or projects like the Olympic theme song — Jam and Lewis are extraordinary innovators in the industry.

Their No. 1 hits include “That’s The Way Love Goes” by Janet Jackson, “Monkey” by George Michael, “U Remind Me” by Usher, and “Be Blessed” by Yolanda Adams.

Deutch and McCaul are the congressional honorees being recognized for their stalwart support of creators, especially in the past year when many in the industry lost income and needed help. Deutch is lead Democratic sponsor for the American Music Fairness Act, which, when passed, will pay royalties to artists and producers when their music is played on the radio. McCaul has co-sponsored key legislation like the Help Independent Tracks Succeed Act (HITS Act), which updates the federal tax code to bring in line music production with other industries and create parity.

At GRAMMYs on the Hill, the safety of the honorees, guests, performers, and staff is our first priority. The event will follow all necessary COVID-19 precautions, safety guidelines and requirements set forth by health officials.

The Recording Academy represents the voices of performers, songwriters, producers, engineers, and all music professionals. Dedicated to ensuring the recording arts remain a thriving part of our shared cultural heritage, the Academy honors music’s history while investing in its future through the GRAMMY Museum®, advocates on behalf of music creators, supports music people in times of need through MusiCares®, and celebrates artistic excellence through the GRAMMY Awards — music’s only peer-recognized accolade and highest achievement. As the world’s leading society of music professionals, we work year-round to foster a more inspiring world for creators.

For more information about the Academy, please visit www.grammy.com. 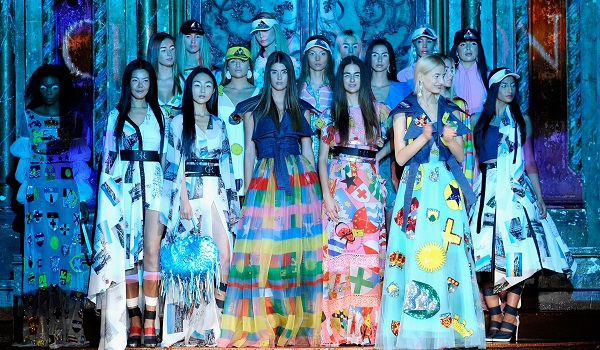