Jerry Seinfeld is Back On The Strip Where entertainment is concerned, Jerry Seinfeld is very much royalty on a global scale. The American shot to fame when starring as himself in the hit TV sitcom Seinfeld, a sitcom that has gone down in history as one of the best ever.

Seinfeld, however, is a man of many talents and is also renowned for his stand-up comedy shows. His stand-up comedy routines earned so much acclaim he secured shows in Las Vegas, and he’s set to return to the Vegas Strip for six shows next year: April 14-15, June 9-10, and July 28-29.

Because of Seinfeld’s popularity, it’s no wonder that so many are keen to pay over the odds to see him in action at The Colosseum at Caesar’s Palace on the famous Strip.

Caesar’s Palace makes for the ideal venue to go and see Seinfeld live because there is a ton of fun to be had at the casino, too, creating the perfect experience for those who are perhaps traveling into Vegas for the show. Like slots at the casino, slots game listings online have become the norm, so anyone planning to see Seinfeld in action could also plan on which games they plan to play while there.

Rooms and suites are reasonably priced, and there’s much more to enjoy at the resort, such as fine dining at the array of restaurants and drinks at the many bars. Seinfeld, however, will remain the main attraction on the dates mentioned above.

His influence in entertainment, not just comedy, is why he’s held in such high esteem by millions of people, after contributions such as creating films such as Bee Movie, writing kids’ books like Halloween, and producing the hit Broadway show Colin Quinn Long Story Short. Seinfeld also starred in Comedian In Cars Getting Coffee on Netflix.

In terms of his stand-up comedy style, many of Seinfeld’s acts use observational comedy, which everyone seems to love. If you go back a few years to 2004, Seinfeld was named the twelfth greatest stand-up comedian of all time because of his comedic prowess.

However, in the eyes of many, he’s undoubtedly in the top ten greatest stand-up comedians of all time, and he could be even higher on the list of acts who have performed in Las Vegas over the years. So, it’s understandable why so many are keen to flock to Seinfeld shows, not just in Sin City but all over the US. 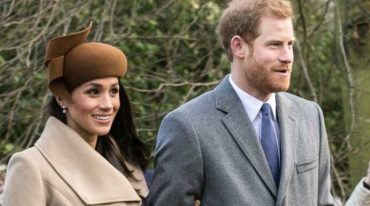